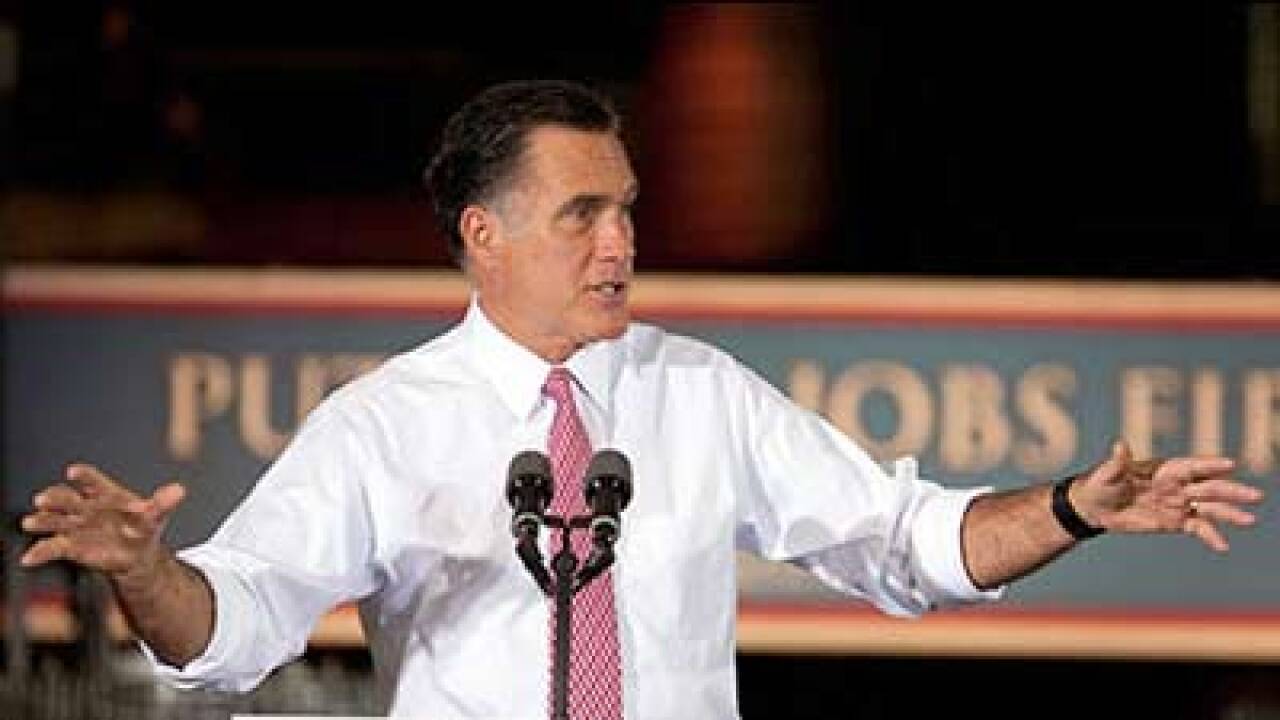 (CNN) — President Barack Obama’s campaign sought to turn up the pressure Friday on Mitt Romney to release his tax returns, offering to back off on their calls for the release of additional years of returns if he agrees to disclose five years of tax information.

“If the Governor will release five years of returns, I commit in turn that we will not criticize him for not releasing more–neither in ads nor in other public communications or commentary for the rest of the campaign,” Messina wrote. His offer did not include a promise to avoid attacking Romney on the contents of any new returns, or make any commitments for independent third-party groups.

A rejection of the Obama team’s offer of a deal came from Rhoades came less than two hours later.

“Thanks for the note,” Rhoades wrote. “It is clear that President Obama wants nothing more than to talk about Governor Romney’s tax returns instead of the issues that matter to voters, like putting Americans back to work, fixing the economy and reining in spending.”

Rhoades wrote that Messina and his campaign could continue talking about Romney’s tax returns — but that his team would focus on the economy.

“If Governor Romney’s tax returns are the core message of your campaign, there will be ample time for President Obama to discuss them over the next 81 days,” Rhoades wrote. “In the meantime, Governor Romney will continue to lay out his plans for a stronger middle class, to save Medicare, to put work back into welfare, and help the 23 million Americans struggling to find work in the Obama economy.”

The “offer” comes one day after Romney told reporters that he paid no less that 13% of his income in taxes for the past decade – a new revelation in a battle over the presumptive GOP nominee’s personal tax information. Romney has released his return from 2010 and an estimate from 2011. He has pledged to release the full 2011 return once it’s completed by his accountant. He filed for an extension on filing his 2011 return from the Internal Revenue Service in April.

Democrats have criticized Romney for not releasing more information about his taxes, arguing that voters are entitled to a greater amount of disclosure from candidates running for president. Some Republicans have also called on Romney to release more of his returns, saying the political headache could be easily ended by simply putting out additional information.

Romney and his campaign have consistently rebuffed those calls, however, saying the two years they’ve released go beyond the legal requirement, and offer voters a good perspective into the candidate’s financial background.

In his letter Friday, Messina painted Romney’s refusal to release more returns as stemming from political trepidation, which he said could be put to rest with his offer.

“This request for the release of five years, covering the complete returns for 2007-2012, is surely not unreasonable,” Messina wrote, pointing out that Romney’s father George, who ran for the GOP presidential nomination ahead of the 1968 election, released more than a decade’s worth of returns.

“In the Governor’s case, a five year release would appropriately span all the years that he has been a candidate for President,” Messina wrote. “It would also help answer outstanding questions raised by the one return he has released to date, such as the range in the effective rates paid, the foreign accounts maintained, the foreign investments made, and the types of tax shelters used.”

On Thursday, Romney dismissed the questions on his tax returns as a distraction from bigger issues, and reiterated his refusal to release any additional documents.

“Given the challenges that America faces – 23 million people out of work, Iran about to become nuclear, 1 out of 6 Americans in poverty – the fascination with taxes I paid I find to be very small-minded compared to the broad issues that we face,” Romney said in South Carolina.

In declaring he’s paid more than 13% in taxes, Romney is describing his effective tax rate, the percentage of his actual income he gave to the federal government. Over the past two years, Romney’s effective tax rate was 14.5%, based on the records he’s revealed already.

Romney’s financial disclosures suggest his net worth is as high as $264 million, making him one of the wealthiest candidates in history to seek the U.S. presidency.