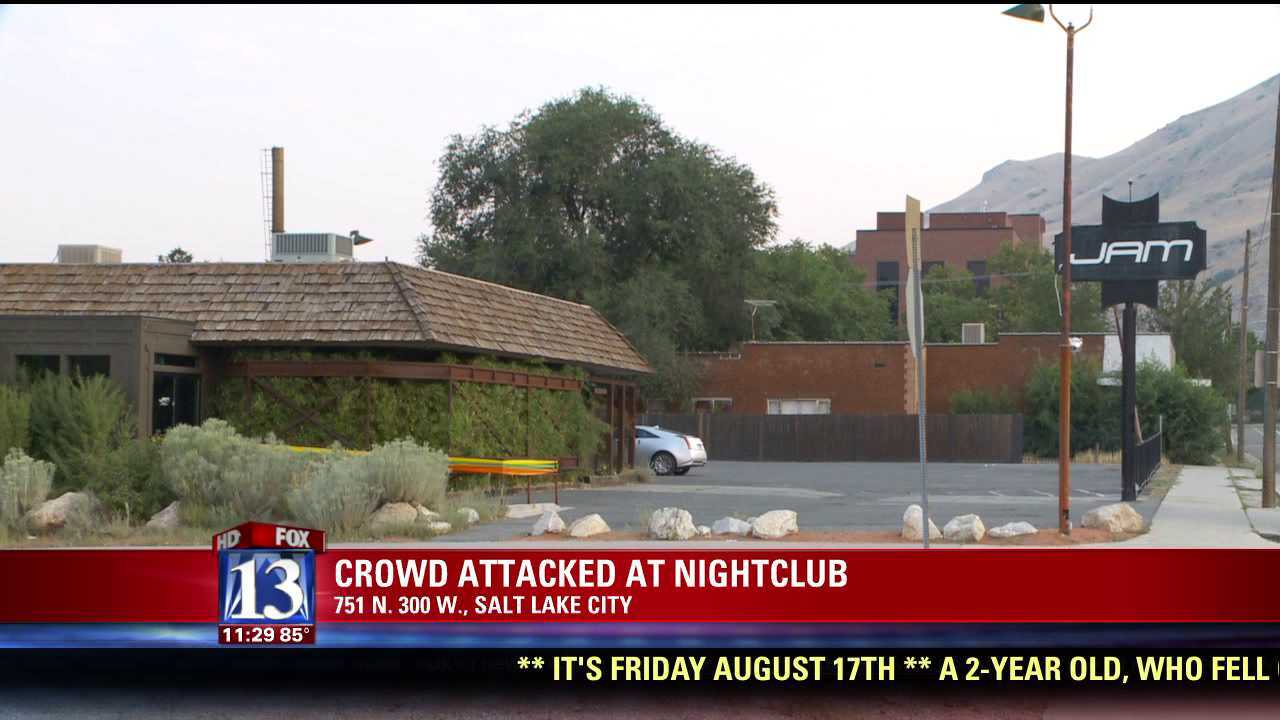 SALT LAKE CITY — The Salt Lake Fire Department is investigating after a group of people say they were attacked at a local club.

It happened at Club Jam at 751 North 300 West just after midnight Thursday.

Witnesses told police that four people in a maroon sedan threw some type of firecracker or fire bomb, which caught the patio fence on fire.

Witnesses say three or four older teenagers were chased back to their car and they sped away, according to Asay.

Police are still search for the suspects. If you have any information, please call the Salt Lake City Fire Department Fire Prevention Bureau at (801) 799-4150 to speak with an arson investigator.