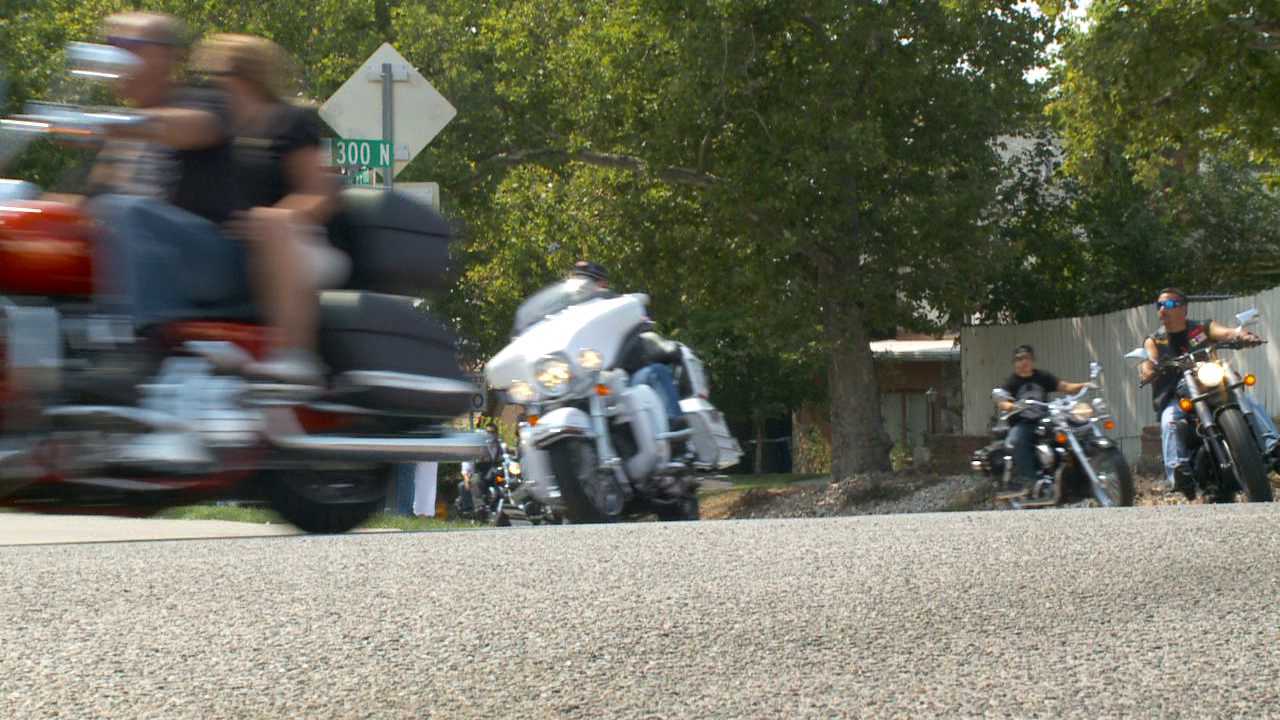 The annual ride for fallen officers starts at the Timpanogos Harley Davidson in Lindon. Riders travel through Utah and Salt Lake Counties to the fallen officers memorial in Salt lake City.

This year, two law enforcement officers were killed while on duty. Agent Jared Francom was shot and killed during a drug raid in Ogden and Trooper Aaron Beesley fell to his death during a search and rescue operation.

Family members for both Beesley and Francom were among the riders in Sunday's memorial ride.

"What an honorable man Aaron Beesley was, and Josie Greathouse Fox along with Jared. These people put the badge on every day and go out there and take a chance every single day of not coming home, and unfortunately some of them don't," said Jade Francom.

Jared Francom's children got to ride a helicopter from the beginning to the end of the ride.