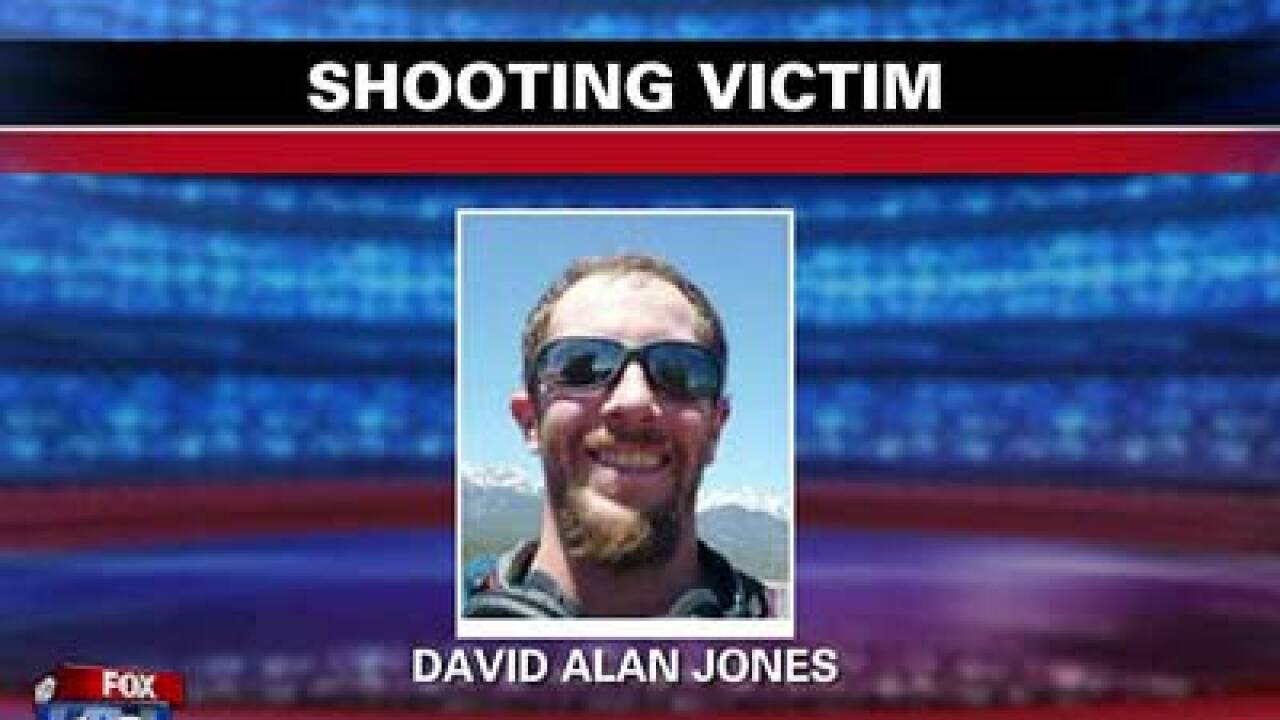 DURANGO, Colo -- Police are investigating a shooting that killed a young Utahn in Colorado Saturday.

It happened during a camping trip at the San Juan National Forest, located about 20 miles north of Durango, Colo. Police say they found 26-year-old David Alan Jones shot to death at a campsite after following up on a 911 emergency call.

Jones was from Woods Cross, Utah, and graduated from Wood Cross High in 2004. He was studying at Fort Lewis College in Durango.

Police arrested suspect Brenden Ashburn, who is being held without bail on suspicion of murder.

Jones' brother, Jason, says his brother and Ashburn met the night of the shooting. He says that Jones initially helped Ashburn and a friend jump-start their car.

"They seemed like nice guys, so they invited them to hang out at the campfire," said Jason. "The man was intoxicated and had a gun and started waving it around and pointed it at him (Jones) and then he shot him."

Jason says he finds it hard to believe his little brother was murdered by someone he just met. He thinks that the shooting could have been an accident.

On Monday, a spokesperson released a statement on behalf of the Jones family. The following is a copy of that statement:

We were extremely shocked and saddened to learn of David’s tragic and seemingly senseless death over this past weekend in Colorado. He was an extraordinary person who touched the lives of all those that he came in contact with. One of the most kind hearted and loyal people, he often shielded others from heartache and pain at his own expense and always went above and beyond to help those in need around him.

We express our gratitude for all of those who have reached out to us and expressed their love for David. He will be missed, but our faith in Christ and in His plan for us will help us through this trying time. In lieu of flowers, an account at America First Credit Union has been set up in David’s name to help pay for funeral expenses.