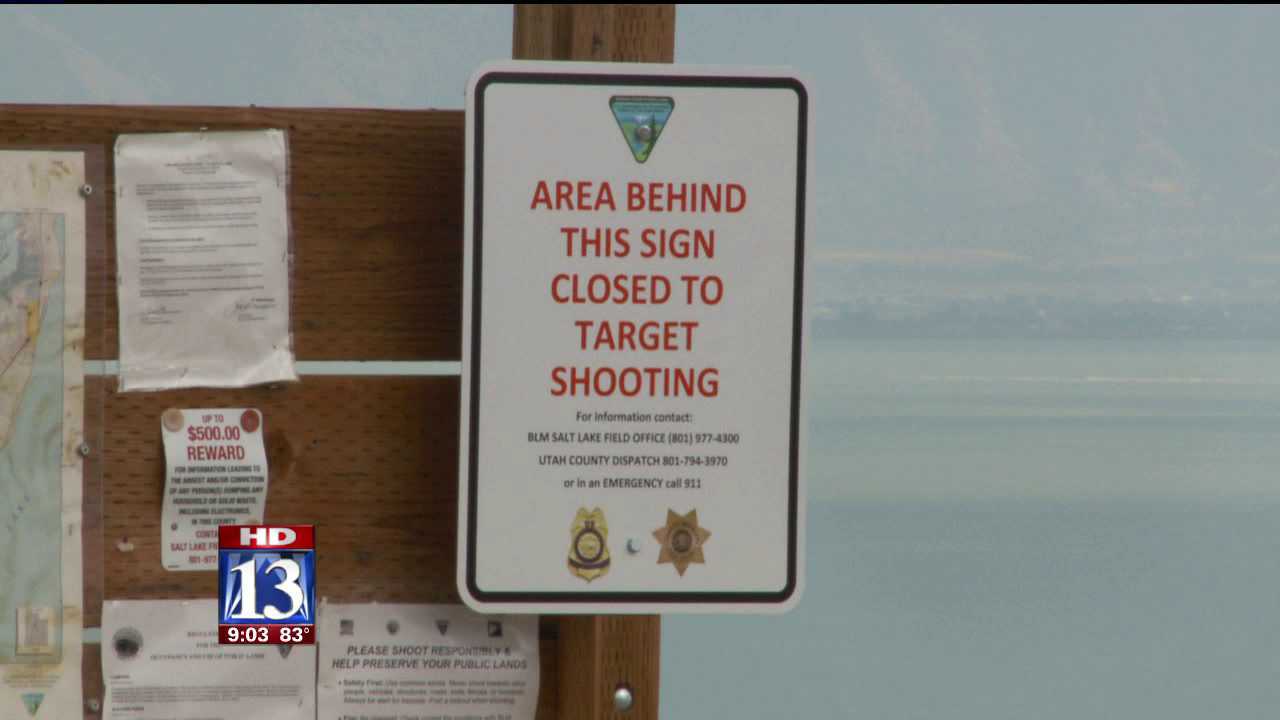 SARATOGA SPRINGS, Utah -- The Bureau of Land Management banned target shooting for the next two years on 900 acres of the Lake Mountain area, located west of Utah Lake.

Pieces of clay pigeons and shell casings litter a popular shooting range off Redwood Road in Saratoga Springs. But on Tuesday, the area was noticeably absent of target shooters.

Resident Lisa Lowery says it is a victory after stray bullets hit her home.

“I think it’s significant,” said Lowery about the ban.

Earlier in the year, Lowery complained after a close call with a stray bullet.

“We were here on Memorial Day working outside building a fence and a slow-moving bullet came between us and hit the window,” said Lowery.

The BLM shut the range down for the next two years because of the danger. They put up signs saying stray bullets are a danger to nearby homes and drivers traveling along Redwood Road.

Police say they usually give warnings to people violating the target shooting ban, but people can be punished with fines up to $1,000 and jail time.

Many target shooters who spoke with FOX 13 say they are fine going elsewhere to shoot. But gun rights advocate Clark Aposhian thinks the ban goes too far.

“We have a history in that area of very safe and responsible shooting.  For the BLM to close this it`s a very subjective reason,” said Aposhian.

Since Lowery`s home is about half mile northeast of the shooting range, police think it`s highly unlikely the bullets that hit her house came from the range. However, law enforcement officials in the area support the ban, especially after target shooters started more than 20 fires in Utah this summer, including several on Lake Mountain.

“If the shooting is restricted there in the first place and people obey those signs, those fires will not happen,” said Utah County Sheriff’s Sgt. Spencer Cannon.

The BLM listed the area off-limits to target shooting from the following links:
http://www.blm.gov/ut/st/en/fo/salt_lake.html