Akin will not end Senate bid over controversial rape comments 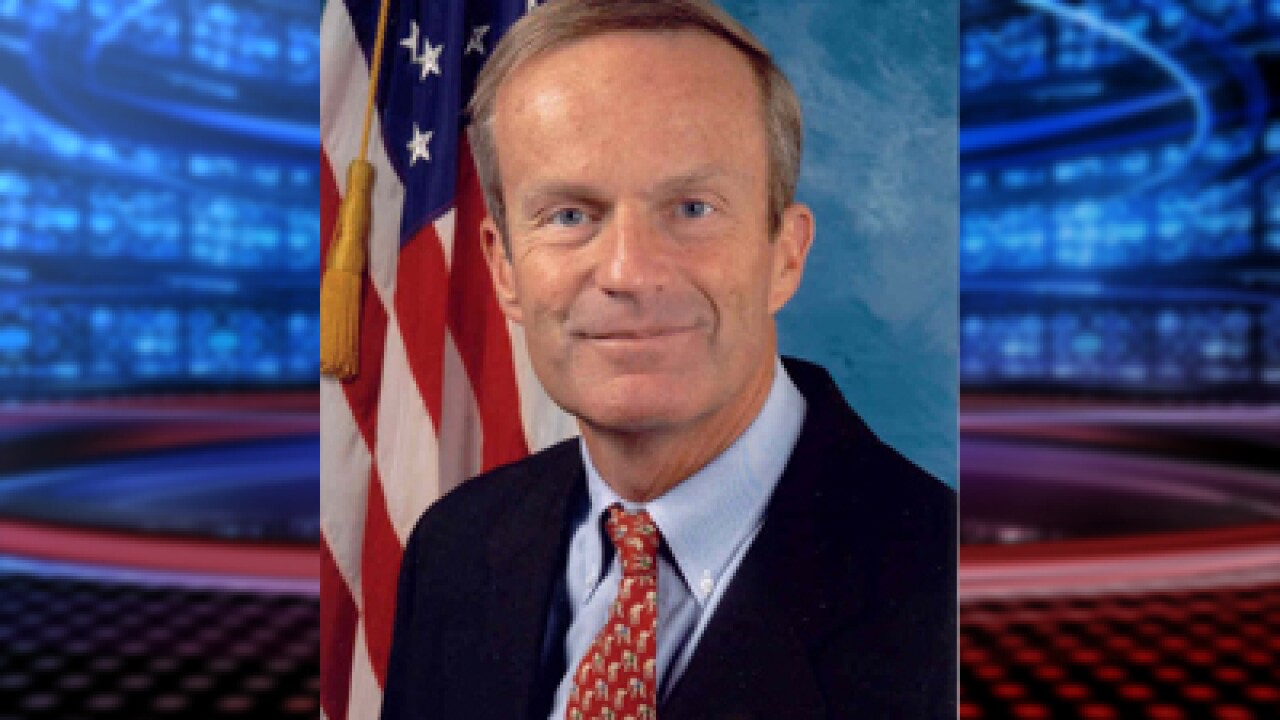 ST. CHARLES, Missouri (CNN) — Republican Rep. Todd Akin of Missouri said Tuesday he is staying in the race for the U.S. Senate despite calls from across the political spectrum for him to drop out because of controversial comments about rape and pregnancy.

Akin has apologized for saying that a woman’s body is capable of preventing pregnancy in cases of “legitimate rape.” He asks for forgiveness in a new television ad.

But he is under pressure from his own party to quit his bid to unseat Democrat Claire McCaskill.

In his home state, people were divided over whether he should drop out.

Most telling, perhaps, was a survey conducted Monday by Public Policy Polling.

While 75% of Missouri voters, including 64% of Republicans, said Akin’s statement on rape was unacceptable — 79% disagreed with what he said — Akin still held a lead over McCaskill by a point, 44% to 43%.

Beverly Johnson of St. Charles, Missouri, which is in the heart of Akin’s 2nd Congressional District, said she voted for Akin in the past and plans to vote for him again.

“I cringed because basically I agree with his stance on abortion,” she said. “But the way he said it. It could have been worded differently. … A legitimate rape? Ya know, like what rapes aren’t legitimate?”

Still, she thinks it’s too soon to pass judgment.

“I think, let’s let it play out and see what happens.”

But in another poll conducted Monday by SurveyUSA for CNN affiliate KSDK-TV in St. Louis, 76% said they do not share the same views on rape and pregnancy as Akin and a majority — 54% — said he should quit the race.

Judi Meredith, a Democrat and owner of a counseling practice that often deals with rape victims, said she was horrified by Akin’s comments. He should withdraw from the race immediately, she said.

“That’s a really terrible crime that’s used against people and if he doesn’t know and understand the dynamics there and what goes on and why that happens and how it happens, he’s not qualified, in my opinion, to be a candidate for something like that.”

Two large newspapers in Missouri — the St. Louis Post-Dispatch and the Kansas City Star — both ran editorials weighing in on the matter, though neither called for him to withdraw.

“The phrase “legitimate rape” is no better or worse than ‘forcible rape,'” said the Post-Dispatch. “They are sexist terms used to distinguish between such things as an attack from a stranger and date rape. This is language used to disguise the types of sentiments that were once OK to express — such as suggesting that a woman who was raped after being dressed in provocative clothing was ‘asking for it.’

“Whether Missouri Republicans stick with Mr. Akin or toss him aside, they’re stuck with a problem of their own making. A legitimate problem.”

The Star said it abhorred Akin’s comments but, noting the outcry for him to step aside, said:

“We will not add our voice. Traditionally, we favor letting democratically elected candidates rise or wither on their own merits. In the absence of financial or criminal malfeasance, the voters’ decision determines the contest. The crime of intemperate remarks doesn’t necessarily win a do-over or the chance for the party to choose a stronger contender.”

Gene Wood, a Republican who supported Akin in the past, said he plans to do so again — gaffe or no gaffe.

“It strikes me that this is a tempest in a teapot,” he said. “I think he used a word that in reflection he wouldn’t use again, like the word ‘legitimate.’ Forcible. But this is just a matter of semantics.

“I think people are looking for something to accuse Todd or drag him down when he, I don’t think he said anything that’s really worth all the coverage that it’s getting.” Wood said.

Jennifer Derfeld said she cast a ballot for Akin in the past but not in the last election and probably not in the Senate race, either.

“I don’t understand where he would come up with that,” she said. “I mean, either you have been raped or you have not been raped. It’s not legitimate or illegitimate. Its very condescending and kinda like a slap in the face for any rape victim.”

It’s not likely that Akin will drop from the Senate race, said Paul Roesler, a political science professor at St. Charles Community College.

“Why would he drop out? If he drops out now, his political career is over,” Roesler said.

Roesler’s take was this: Akin made a pretty powerful mistake but he might find forgiveness in conservative state like Missouri.

“You are more likely to forgive people who you agree with ideologically,” he said.

Besides, it’s not the first time Akin has offended people with things he has said.

Last year on Family Research Council President Tony Perkins’ radio show, Akin said, “The heart of liberalism really is a hatred for God.” He later apologized and said his remarks were directed at liberalism as a political movement.

Roesler said Akin’s real trouble could come if the gender gap widens and he loses support from conservative women in Missouri who might not be able to stomach a vote for him after his remarks about rape.

“If the vote were held today, he would lose,” predicted Roesler. “I think the Republican Party is eager for him to drop out. He is definitely a weakened candidate.”

The election, however, is many weeks away — plenty of time for Akin’s gaffe to become faint memory.