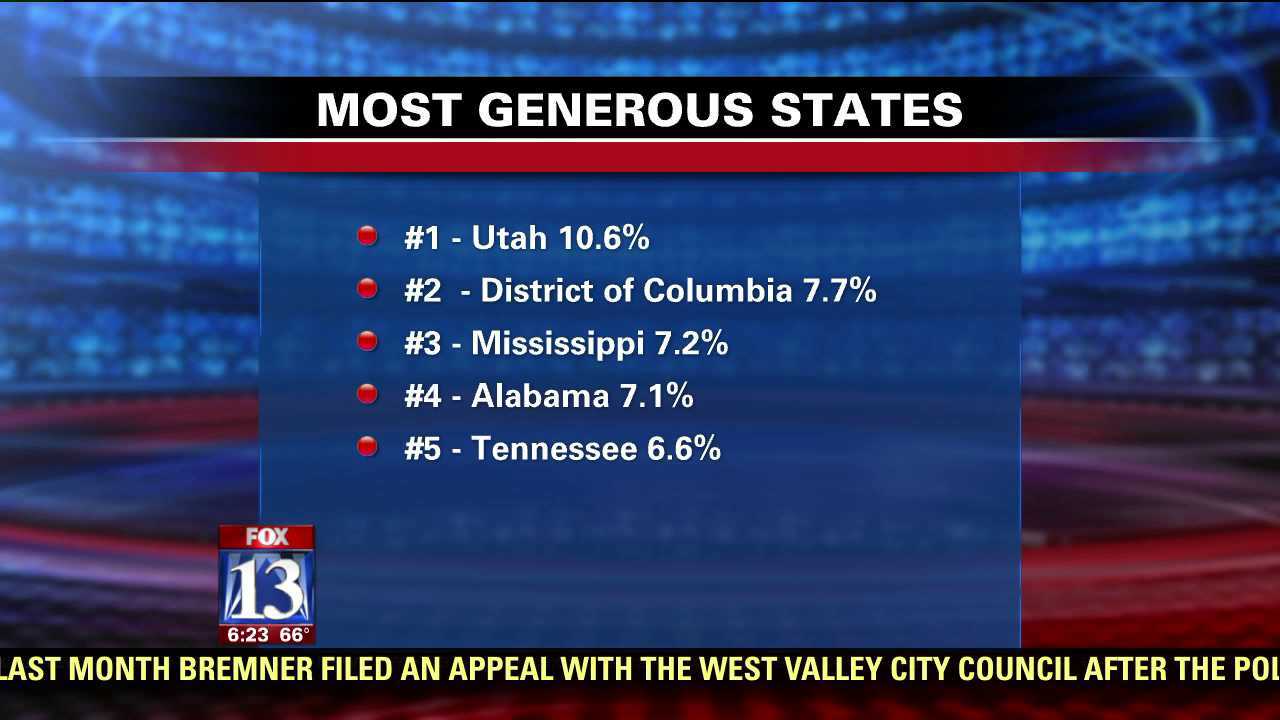 Utah is number one when it comes to giving money to charity.

“The Chronicle of Philanthropy” sifted through IRS data to find that Utah has the highest giving rate in the nation at 10.6 percent.

The study credits LDS Church members, who are encouraged to tithe 10 percent of their income to the church.

The data also shows people in Republican-leaning states give more to charity than those in Democratic states.

The District of Columbia was second in giving with an average rate of 7.7 percent. Mississippi, Alabama and Tennessee round out the top five.