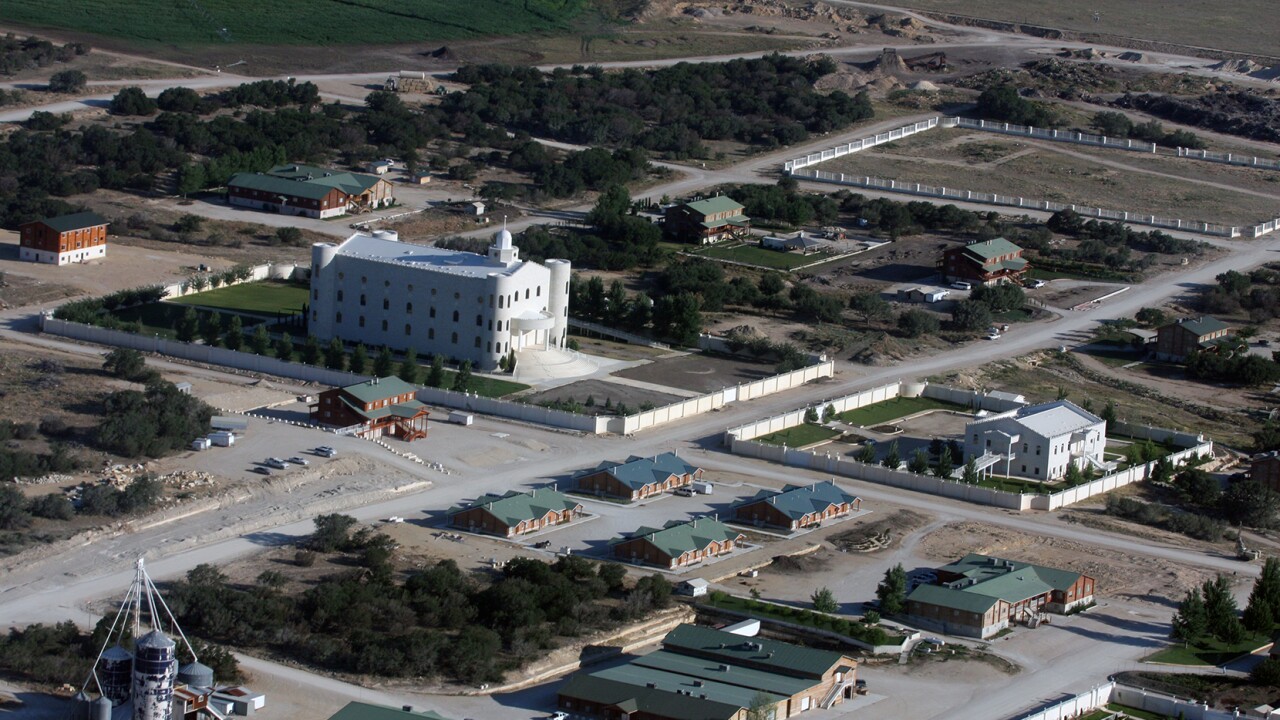 ELDORADO, Texas -- For years, faithful members of Warren Jeffs' polygamist church have toiled to build Zion in the middle of nowhere.

They built a temple and persevered through a raid that saw their children taken from them, and their prophet eventually put in prison for sex crimes. Now, some in West Texas wonder if the Fundamentalist LDS Church is now abandoning Zion.

The Eldorado Success reported Wednesday a noticeable decrease in activity at the "Yearning For Zion" Ranch and other FLDS properties in the area. The newspaper reported liens have been filed against FLDS members for unpaid bills, and construction has picked up at other properties, including South Dakota and Colorado.

"It seems like there's been kind of a gradual exodus from Texas," said Sam Brower, author of "Prophet's Prey" and a private investigator who works for lawyers suing the FLDS Church.

"They truly believe, and Warren has been telling them, that the end of the world is coming," he told FOX 13. "And I believe that they're preparing for that."

Jeffs is serving a life sentence for child sex assault related to underage marriages. Since he's been in prison, Jeffs has issued revelations prophesying the end of the world almost daily. Ex-members claim more than 1,000 people have been kicked out for various "sins."

Non-profit groups who help those leaving the polygamous communities say the excommunications have increased recently.

"We've seen a lot of excommunications. We're getting about one to three individuals or families a week," said Tonia Tewell, the director of Holding Out Help.

"We cannot place why suddenly these people are being kicked out and neither can they. They say they've followed everything to a 'T' and they say 'You've disobeyed something' they haven't disobeyed and they're being booted."

Whether the rumored exodus from Texas is temporary, or the FLDS are finding a new refuge remains to be seen. Tewell said her organization is being overwhelmed with people needing help, and she's pleading for donations.

Brower said he doesn't trust whatever it is Jeffs is ordering his followers to do.

"I'm not expecting anything good to come from this latest round of revelations and this exodus from Texas and building up in other places of refuge around the country," he told FOX 13. "Whatever's going on, I really don't expect any good to come from it."