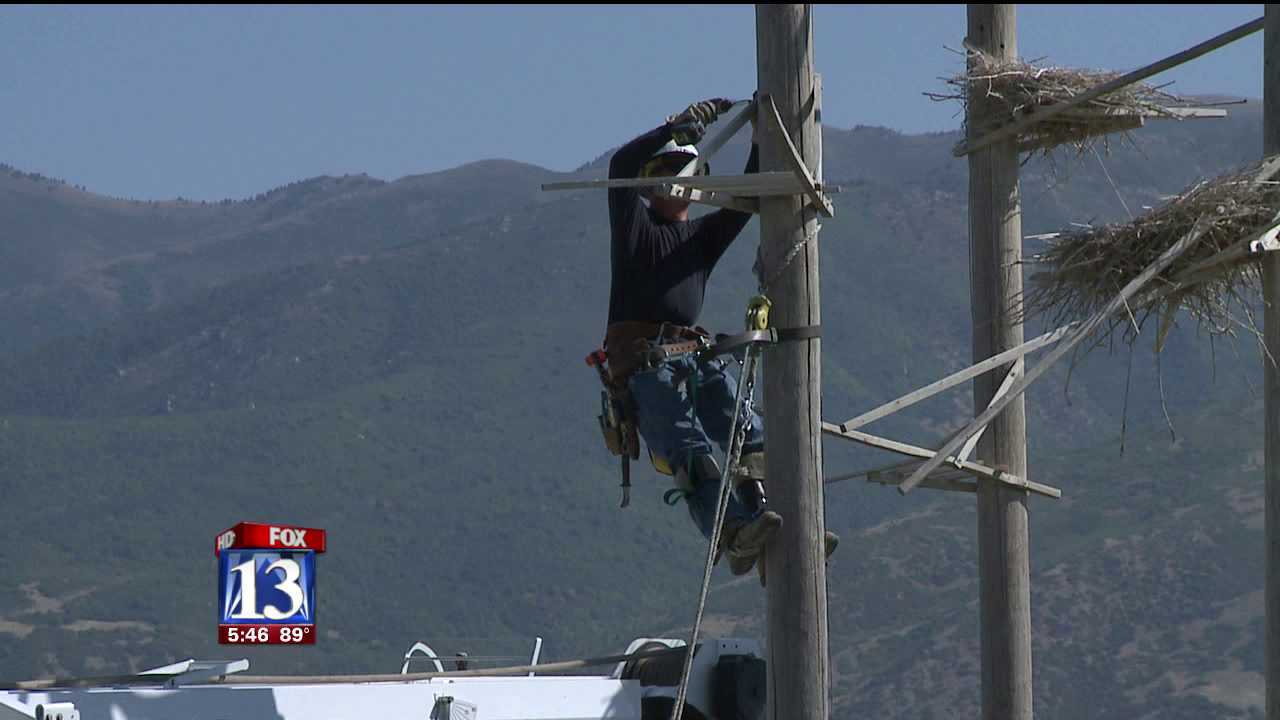 FARMINGTON -- Renovation on a hatchery for great blue herons hit a snag recently because of an unexpected find of owl chicks.

The Great Blue Heron Rookery at the Farmington Bay Conservation Center has been a nesting ground for the large wading birds for about 10 years. However, December's high winds knocked out two of the poles used for nests.

"It's about half the number of spaces that they usually would have," said Diana Vos with the Great Salt Lake Conservation Center.

Just as work got underway and the old poles were to be hauled away, workers spotted barn owl chicks in one of the nesting areas.

Sherry Ligouri, the Avian Program Manager at Rocky Mountain Power determined that relacing the poles would not work with the animals inside.

Three birds and three eggs were found inside.

"The chicks are alive and so we're going to have to back off on the work until the birds fledge," Ligouri said.

"The amount of activity in the area could cause the adults to abandon the nest, especially the heat that we got today, we don't want any undue stress to the birds" said Ligouri.

Conservationists say that by the time the birds are mature enough to fly, it may be too late in the year to finish the project and will have to resume next year.