Deputies were tipped by anonymous callers alerting them to the operations. One of them was on Hollow Road in Nibley, where officers executed a search warrant on Aug. 14 and found three marijuana plants and “other products.”

Police believe a 64-year-old man at the residence grew the plants. He was not arrested but was issued a summons to appear in court.

On Aug. 21, Cache RICH Drug Task Force executed a search warrant at 6100 Northwest and 7500 North in Newton and found a marijuana grow operation both inside and outside the residence. Officers seized 19 plants and a hand gun.

Two suspects were arrested, 58-year-old Michael Hake and 67-year-old Thomas Poulos were brought to jail and appeared in court on Aug. 21.

Below are photos of the plants seized from the two operations: 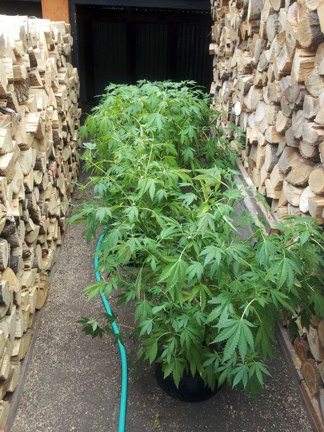