4 arrested in death of man found at Holladay church 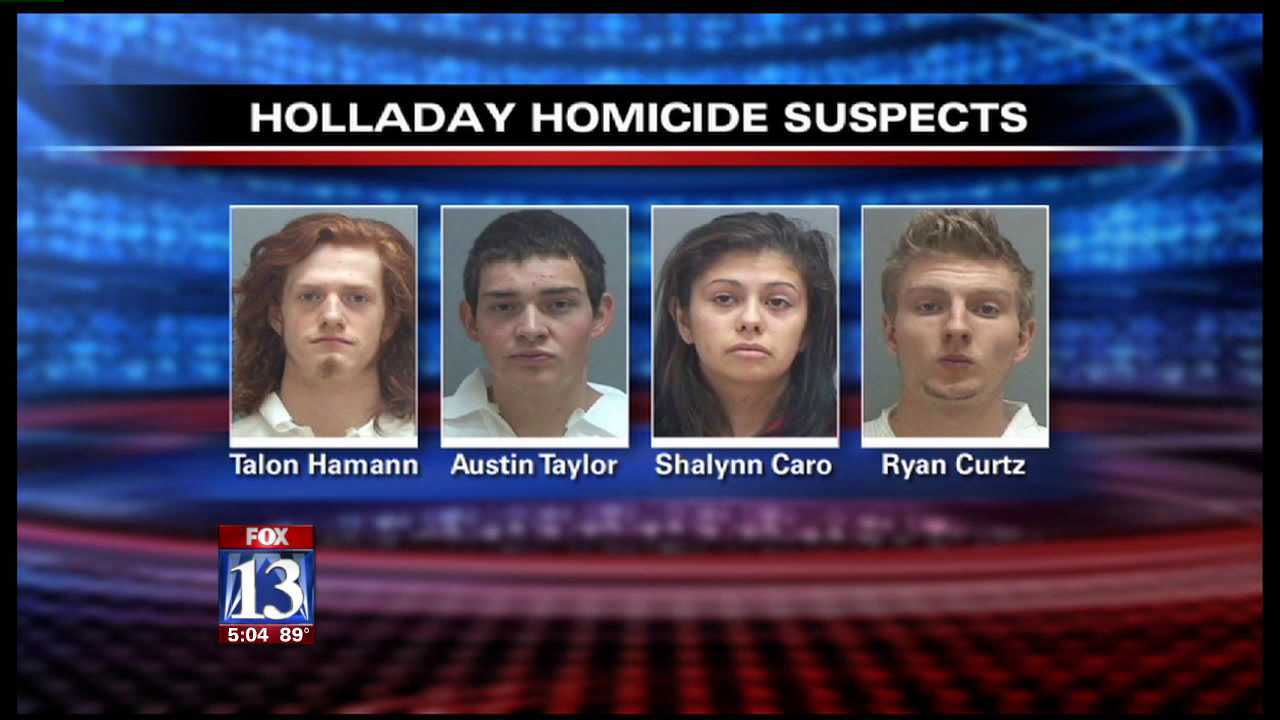 HOLLADAY, Utah -- Police arrested four suspects Friday morning in connection with the death of a man found on the lawn of a LDS Church in Holladay.

Police said the suspects did not know Workman, but say he had gotten into an argument with one of their mutual friends. According to police, the suspects located Workman at a home near the church and an altercation took place, resulting in Workman's death.

"This whole thing started over an argument between a third party and the victim," says Unified Police Lt. Justin Hoyal. "The suspects and the victim, they don't know each other, other than this person that they know that knows both groups."

The suspects were booked into Salt Lake County Jail. Talon Hamann, 18, Austin Taylor, 20, and Ryan Curtz, 18, are all charged with murder. Shalynn Caro, 18, is charged with obstructing justice.

Workman was found dead on the lawn of a LDS Church Thursday morning at about 7 a.m., according to Unified Police. They say his body was found on the church lawn located at 4941 South Westmoor Road (1665 East).

Police said they received a call at about 7:30 a.m. Thursday and when they arrived they found Workman's body beaten with multiple stab wounds.

"It appears he has been the victim of puncture wounds, which we believe were not self-inflicted and which are consistent with a homicide," said Lt. Justin Hoyal, Unified Police Department.

Workman's parents say he last talked to them Wednesday night and that he was going to a Frisbee golf tournament. Then at around 10 p.m. he called his parents again to check in.

"[He] checked in with our dad that they had finished and he was going to a barbecue with friends and said 'I`ll be home late, I love you,' and that was the last we heard," said Workman's sister Kim Hoenie.

Workman's car was found at a neighbor's home across the street from the church.

Unified Police are asking the public to contact them if any further information can assist in the ongoing investigation.