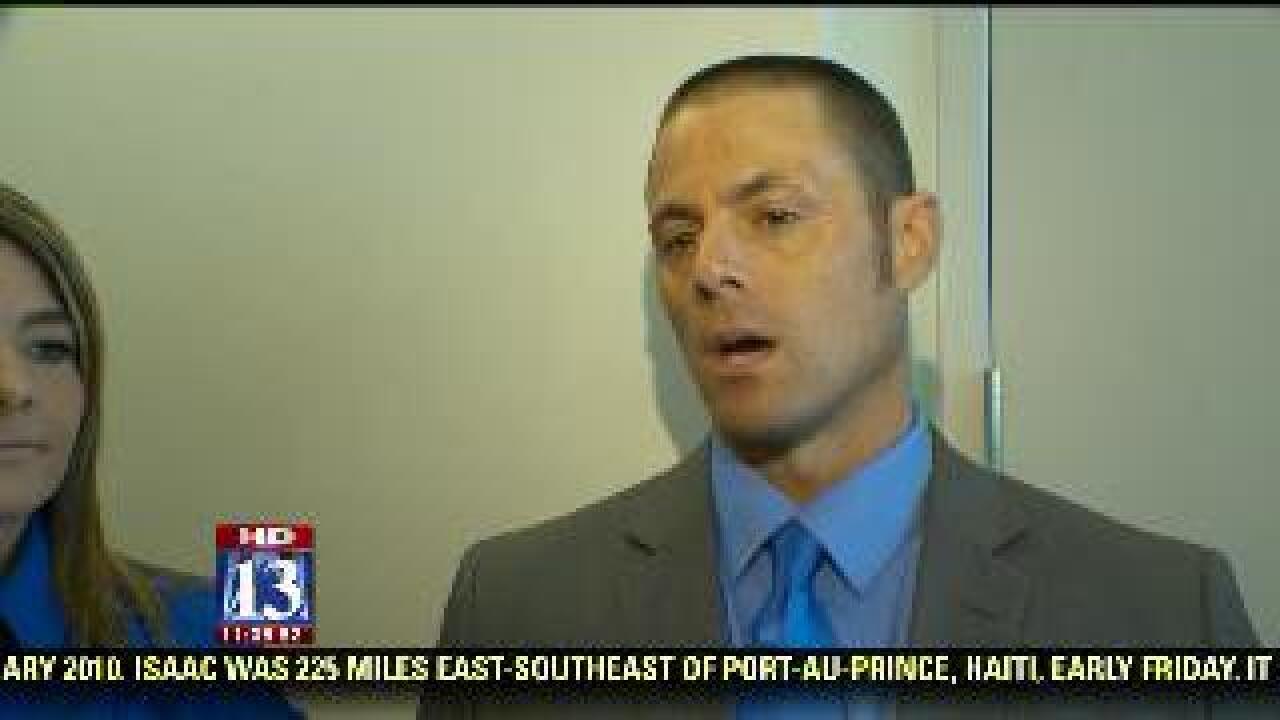 Cardon was charged with one count of reckless endangerment after a shooting in May 2011 when he fired several rounds at a suspected hit and run driver.

When the district attorney initially filed the charges, they were relying heavily on an expert that has reviewed the case.

However, as they were preparing for the preliminary hearing, the DA's office told the judge they had concerns about the opinion rendered by the expert. Therefore, the DA felt it was their duty to halt the case.

Cardon claimed he fired in self defense, that the car was coming right at him. But witnesses said the driver was trying to avoid Cardon.

Cardon resigned from the police department, but has maintained that he was innocent.

"This has been a team effort. I stand in front of dozens and dozens of other people in the law enforcement field that made this happen for me, and for that I will be grateful for the rest of my life," said Cardon.

Cardon said he plans return to work in law enforcement and that he is better prepared to wear a badge.