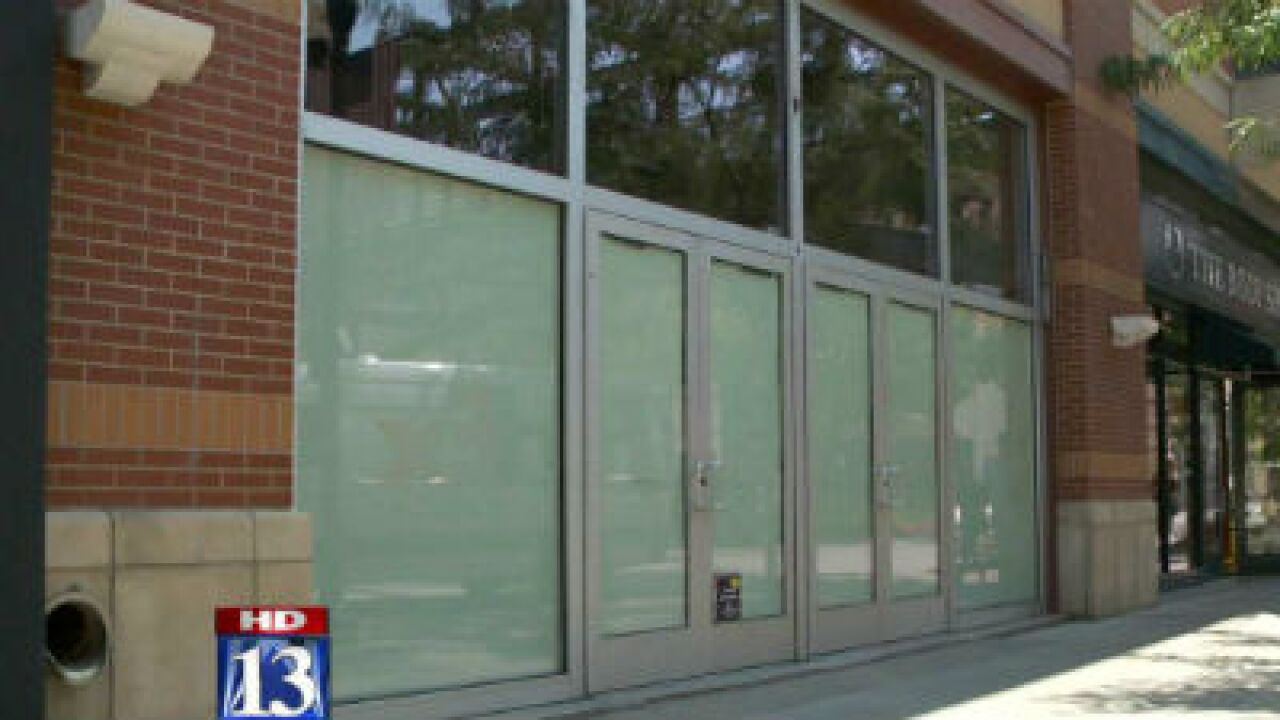 SALT LAKE CITY - In the almost five months since the City Creek Center opened in downtown Salt Lake City, the Gateway just a couple blocks away has lost a lot of business.

Some shops, like American Eagle Outfitters, Gap and J. Crew, have moved to City Creek in the last few months and others are heading there. Anthropologie, an upscale clothing store, is closing its doors soon, and the Apple Store will be out by the end of the year. Other stores, including Forever 21, Foot Locker and LensCrafters, have stores at both malls.

Shoppers say that the empty storefronts and fewer options are making for smaller crowds at the Gateway.

"We were thinking most of them had moved to City Creek and that this suffered because of that expansion. It's still fun to come here, but it does feel empty," said Kristin Taylor, a Gateway shopper.

City Creek, on the other hand, is bustling with shoppers and few empty spaces. The shopping center has some major brands, like Tiffany & Co. and Michael Kohrs, that are first to appear in the Salt Lake City market. They're also bringing in new stores.

City Creek expects 16 million visits this year, but they say the success of the Gateway is important to the center as well; they favor any business that brings people downtown.

The Gateway is working on bringing in more merchants. They've displayed ads announcing a new store aimed at both BYU and Utah fans.

The Gateway has also released a statement, saying, "There are a lot of exciting things happening including new stores and restaurants opening, and community events like the University of Utah's homecoming celebration and the United Way Day of Caring. And they are soon beginning the search for the famous Christmas tree that will be illuminated during our annual Light up the Night event."