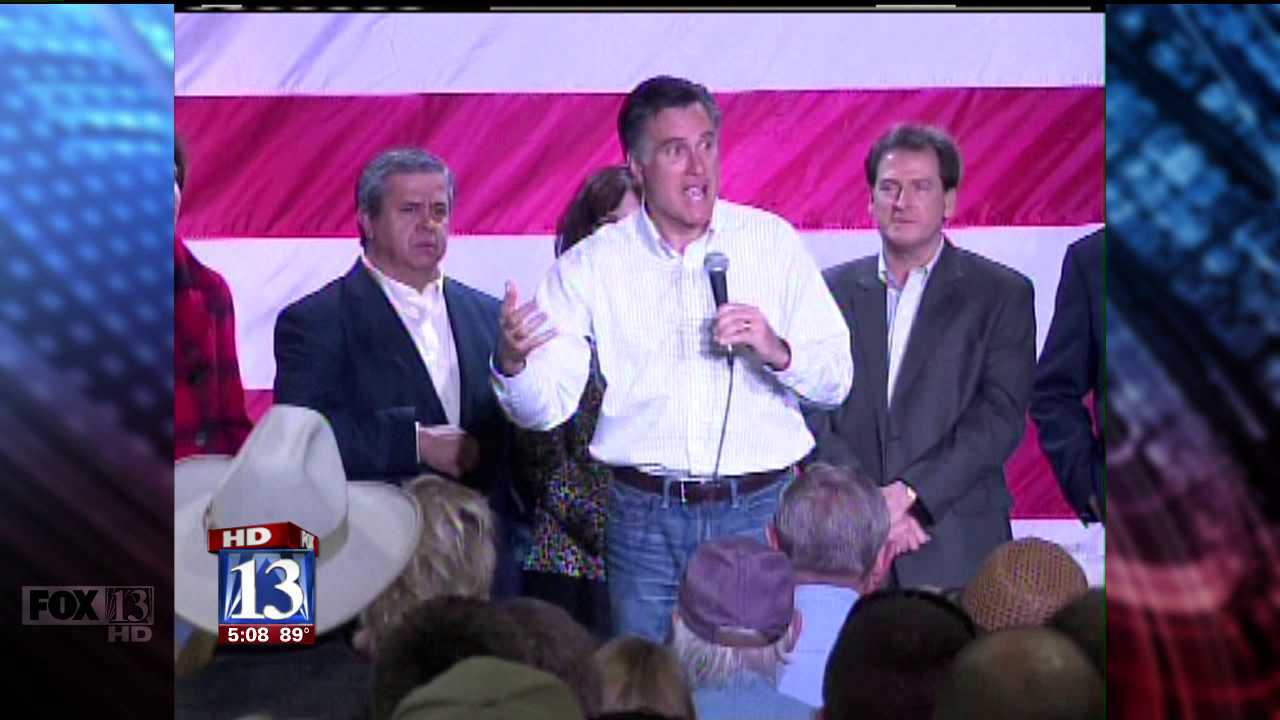 Quite a number of Utah politicians will be at the Republican National Convention in Tampa, Fla. next week. All of them supporting the GOP presidential candidate Mitt Romney.

However, there are some Utah connections at the RNC that have little to do with Romney. For example, Saratoga Springs Mayor Mia Love's speech and Governor Gary Herbert will represent a conservative perspective in the debate over healthcare.

But it is clear Romney's Utah connections run deep, and he's not running from them.

Governor Herbert is a delegate and a man elected governor for an unprecedented four times. He will have a voice at the top level.

“I’m excited about Utah being a little bit more of a focus than typically,” said Herbert.

Mike Leavitt  is also former Secretary Of Health And Human Services and Director of the Environmental Protection Agency and he is as close to Romney as anyone in the campaign.

FOX 13 talked with Leavitt before the Nevada Primary in February.

“I’m able to provide policy advice in areas where I have special insight,” said Leavitt. “And I’ve also been around politics a bit and Mitt’s a good friend, he’s a person I know well so sometimes having a person around you know is helpful .”

Leavitt will be instrumental in the Romney campaign and will direct the transition from a Romney administration if the Republicans win in November.

Another political force from Utah who is behind Romney is Utah Rep. Jason Chaffetz. He has been a familiar face on the cable networks speaking in support of the former Massachusetts governor.

The congressman will even travel to the Democratic National Convention to provide media responses on Romney’s account.

Follow FOX 13’s Max Roth Sunday (Twitter handle @MaxRoth) as he travels to Tampa to cover the Utah delegation in the lead up to Romney’s nomination.