Lance Armstrong: ‘I’m more at ease now than I have been in 10 years’ 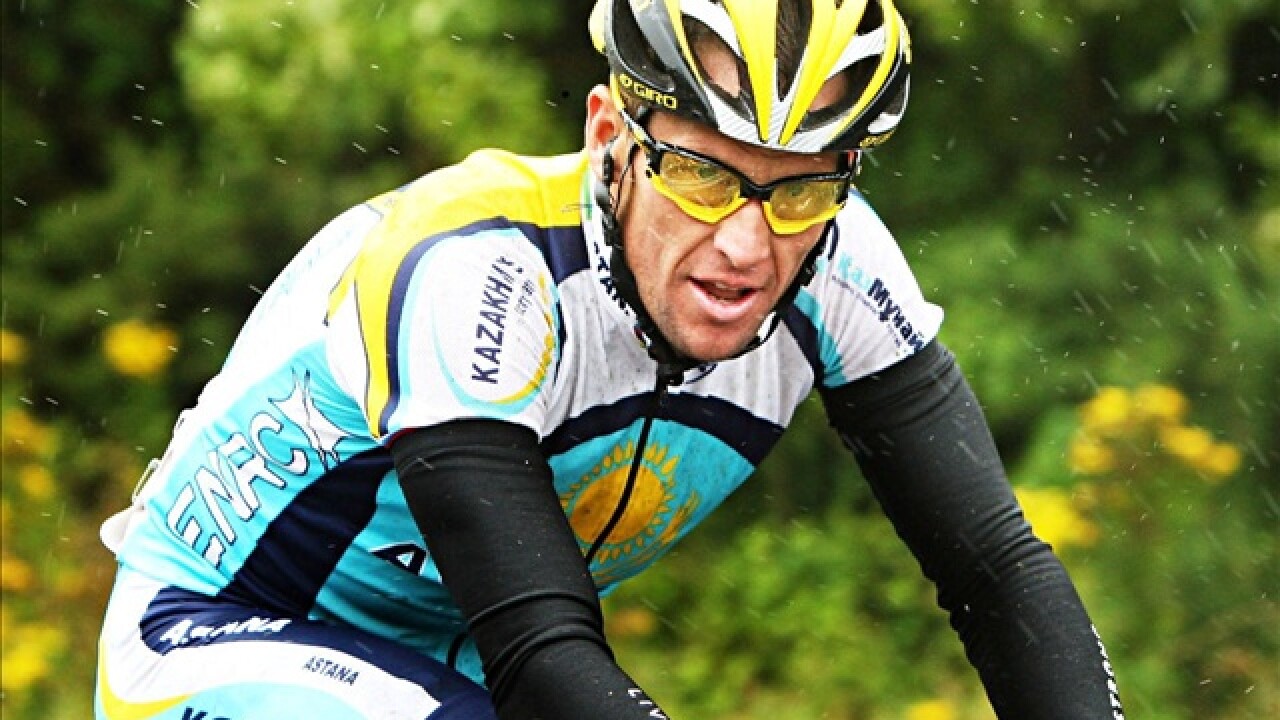 (CNN) — After years of challenging doping accusations — and two days after giving up that fight — Lance Armstrong said Saturday that he has no worries and, in fact, feels “more at ease now than I have in 10 years.”

The native Texan has long been one of the dominant forces in the cycling world, including amassing an unprecedented seven Tour de France titles. But his championship legacy, as well as those prestigious wins, may now be history after Armstrong announced Thursday that he would not participate in what he called a “one-sided and unfair” process to challenge doping charges brought against him by the U.S. Anti-Doping Agency.

The famed cyclist’s decision prompted the USADA to ban the 40-year-old athlete from competition and strip him of his wins dating to 1998, though there is a question of whether the organization has the authority to take such action.

Speaking publicly for the first time since announcing his position in a statement, prompting the USADA response, Armstrong insisted he had no worries and was happy and “focused on the future.”

“I don’t have anything to worry about,” he told reporters before Saturday’s start of the two-day Power of Four Mountain Bike Race in Aspen, Colorado.

“I’ve got five great kids, I’ve got a great lady in my life. I’ve got a wonderful foundation that is completely unaffected by any noise out there and we’re going to continue to do our job,” Armstrong said, referring to his namesake charity that supports cancer patients and research.

In February 2011, Armstrong announced his retirement from professional cycling, though he continued to compete in triathlon events. Then, in June of this year, the USADA said it had filed doping charges against the cyclist — accusations his attorney blasted as “wrong” and “baseless,” much like Armstrong has vehemently denied other such claims in the past.

The USADA, a quasi-government agency recognized as the official anti-doping agency for Olympic, Pan American and Paralympic sports in the United States, accused Armstrong of using, possessing, trafficking and giving to others performance-enhancing drugs, as well as covering up doping violations.

“It is a sad day for all of us who love sport and our athletic heroes,” U.S. Anti-Doping Agency CEO Travis Tygart said in a statement Thursday after Armstrong announced he would no longer cooperate with the agency.

“This is a heartbreaking example of how the win-at-all costs culture of sport, if left unchecked, will overtake fair, safe and honest competition, but for clean athletes, it is a reassuring reminder that there is hope for future generations to compete on a level playing field without the use of performance-enhancing drugs.”

Armstrong has called Tygart’s investigation an “unconstitutional witch hunt.” But on Saturday, he made no mention of him, the USADA or performance-enhancing drugs.

Rather, the athlete said he felt “pretty good” and said it felt “great to be out here.”

As to the public’s reaction to his decision, Armstrong said that he believes they understand and accept his rationale — including his desire to focus on other things besides fighting doping allegations.

“I think people understand that we’ve got a lot of stuff to do going forward,” he said. “That’s what I’m focused on, and I think people are supportive of that.”