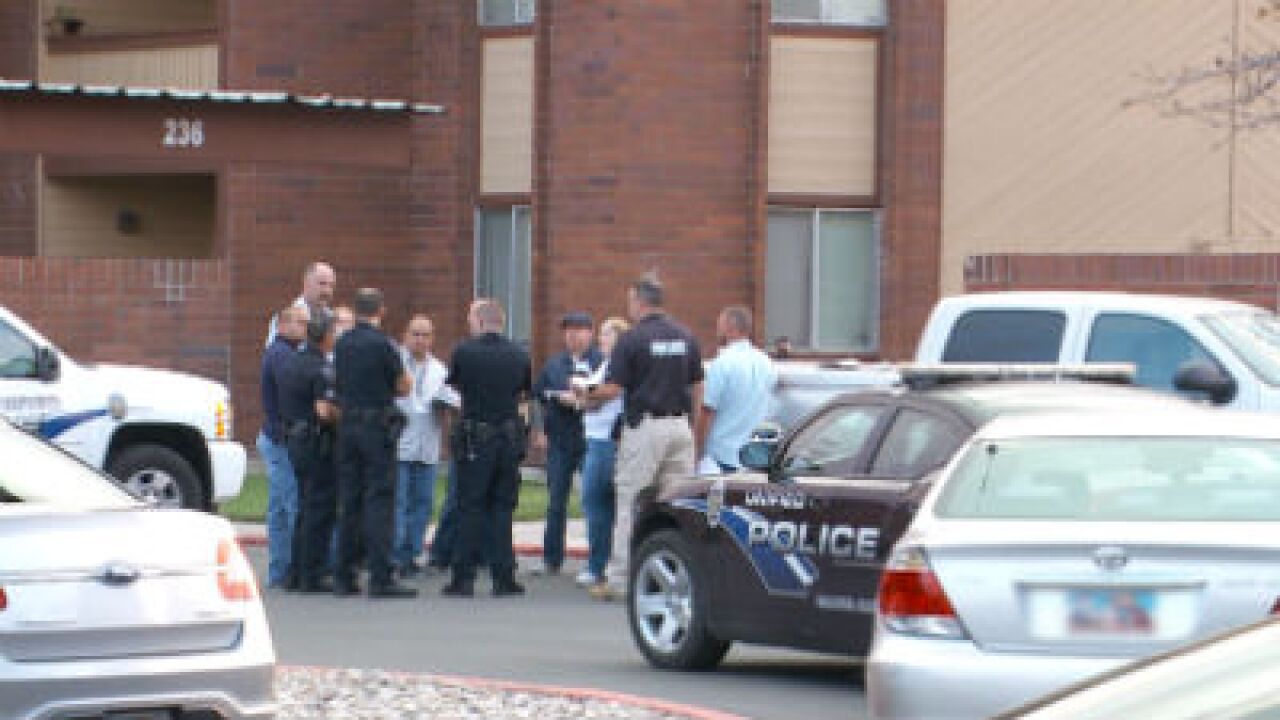 MIDVALE, Utah – A 31-year-old man was fatally shot at the Wasatch Club apartments at 6999 South and State Street at approximately 5:30 Sunday morning.

Lt. Justin Hoyal with the Unified Police Dept. said Justen Lefave received a knock at his door. When he answered, an argument ensued between Lefave and the suspect. The suspect shot Lefave then fled with two women.

“The other people in the residence say there was a short conversation and then he was shot to death," said Hoyal.

Police arrived to find that Lefave had been shot. He was transported to the hospital in extremely critical condition  and died a short time later.

Police don't know the cause of the argument, but Lefave's brother says he had been dealing marijuana for several years and likely knew his attacker.

The suspect is described as a bald white man with a goatee, a heavy build and tattoos. Police said the suspect left the scene in a tan GMC Yukon with chrome rims and tinted windows.