Residents rescue neighbors after flooding due to Isaac 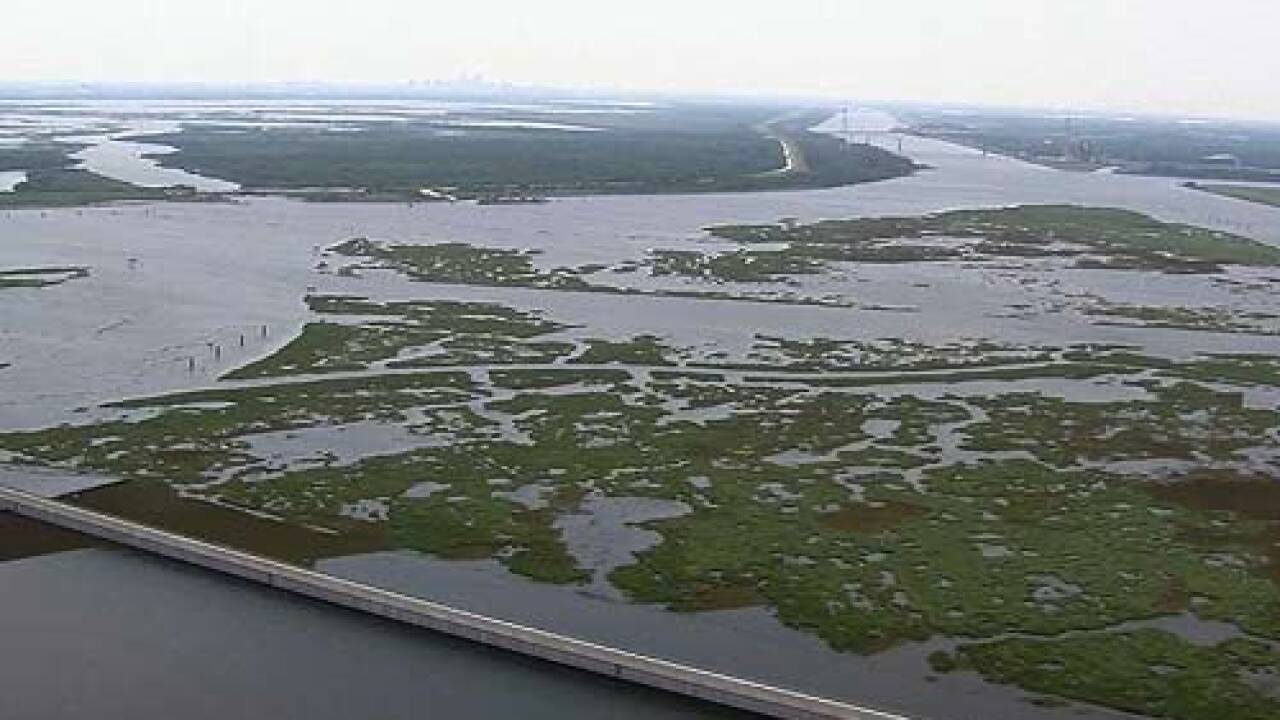 Authorities across the region warned residents to be prepared for heavy rain, high winds, coastal storm surges and flooding.

By Josh Levs and Chelsea Carter
(CNN) -- Some residents braved flood waters from Hurricane Isaac to rescue a few neighbors who had ignored a mandatory evacuation in part of Louisiana, a parish president told CNN on Wednesday.

One woman was rescued off her roof and two other people were rescued from their homes, Plaquemines Parish President Billy Nungesser said.

Those homes were on the east bank of a levee, but "this storm is going to kick around and deliver the same type of flow to the west bank," he said.

"For many people, it's not even half over," said Richard Knabb, director of the National Hurricane Center. 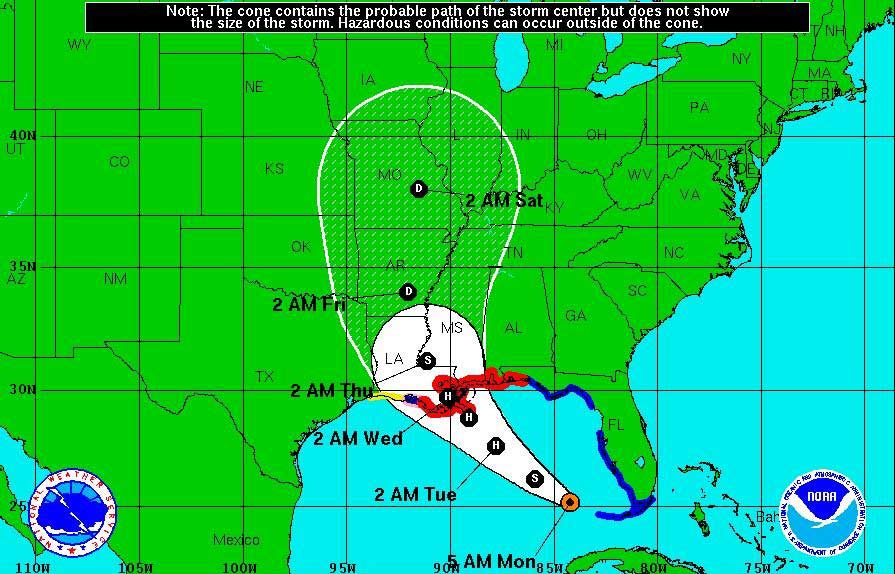 The eye has not passed over much of the area yet.

As of 5 a.m. CT (6 a.m. ET), Isaac was moving west-northwest at only 6 miles per hour -- a very slow speed, giving it much more time to pound the region. Maximum sustained winds were at 80 miles per hour.

"For many people, it's going to be all day today, into tonight, into tomorrow" that the heavy rains will persist, Knabb said.

Plaquemines Parish was flooded in some areas that were not flooded by Katrina, Nungesser said.

Emergency management officials reported the overtopping of an 18-mile stretch of a back levee in Plaquemines Parish from Braithwaite to White Ditch, which will "result in significant deep flooding in the area," the National Weather Service of New Orleans said.

More than 430,000 customers were without power across Arkansas, Louisiana and Mississippi, the Entergy power company said Wednesday morning.

The New Orleans levee system and pump stations were working furiously. The system was rebuilt and reinforced at a cost of $14 billion after it failed when Katrina struck on this day in 2005. Nearly 1,800 people died in Katrina, the majority when levees failed and flooded.

The levee that overtopped Wednesday in Plaquemines Parish was not upgraded after Katrina. That levee, according to the National Weather Service, is maintained by the parish and not part of the federal hurricane protection levee system.

"People who went through Katrina are pretty nervous about storms, and large numbers of people have left," Lynn Magnuson, 58, said in a CNN iReport.

Issac made its second landfall at about 2 a.m. CT (3 a.m. ET) near Port Fourchon, 60 miles southeast of New Orleans, in southeast Louisiana after slamming first into Plaquemines Parish along the coast and then wobbling back over the water near the mouth of the Mississippi River, the National Hurricane Center said in an early morning update.

The storm has caused significant surges and flooding, including in some places not directly in Isaac's path. Storm surges of 9.9 feet have been reported in Shell Beach, Louisiana, and 6.2 feet in Waveland, Mississippi, according to the hurricane center.

These surges probably will get worse, with forecasters predicting water levels to rise between 6 and 12 feet on the coast in Mississippi and southeastern Louisiana alone.

In Biloxi, Mississippi, 50-year-old Alfonso Walker was keeping a close eye on the progress of the 195-mile wide hurricane.

On Tuesday, Isaac was classified as a Category 1 hurricane. It is significantly weaker than Category 3 Katrina, though forecasters warn it is capable of causing significant flooding.

"There is no evidence of any (water) overtopping (canals)," New Orleans Mayor Mitch Landrieu said. "We have full confidence the levees will hold."

Even so, he and other officials were taking no chances.

"We're in a hunker-down phase now, because this storm could be over us for a while with a lot of wind and rain," Landrieu said.

"Hunker down means hunker down and prepare to ride it out."

The mayor tweeted that about 1,000 National Guard troops and more than 2,900 law enforcement officers are in the city ready to address issues related to the storm.

Major ports along the Gulf Coast and the Mississippi River from Baton Rouge to its mouth have been closed, according to the U.S. Coast Guard. Amtrak suspended train service to and from New Orleans on Wednesday, and area businesses have come to a standstill.

In Mississippi, more than 1,800 people were staying in 33 shelters in 16 counties, according to the state's emergency management agency.

Shrimpers in Bayou Le Batre, Alabama, were among those who heeded official warnings and hunkered down.

The Nuclear Regulatory Commission said it was sending additional inspectors to two Louisiana nuclear plants in the storm's path, as power company Entergy planned a "controlled shutdown" of one of them starting Tuesday afternoon.

Wholesale gas prices declined Tuesday after surging nearly 8 cents a day earlier as then-Tropical Storm Isaac veered toward the Gulf Coast, causing many oil refineries to shut down as a precaution.

Analysts said that panic buying was over and that Isaac was unlikely to do lasting damage to oil refineries and infrastructure along the Gulf Coast.