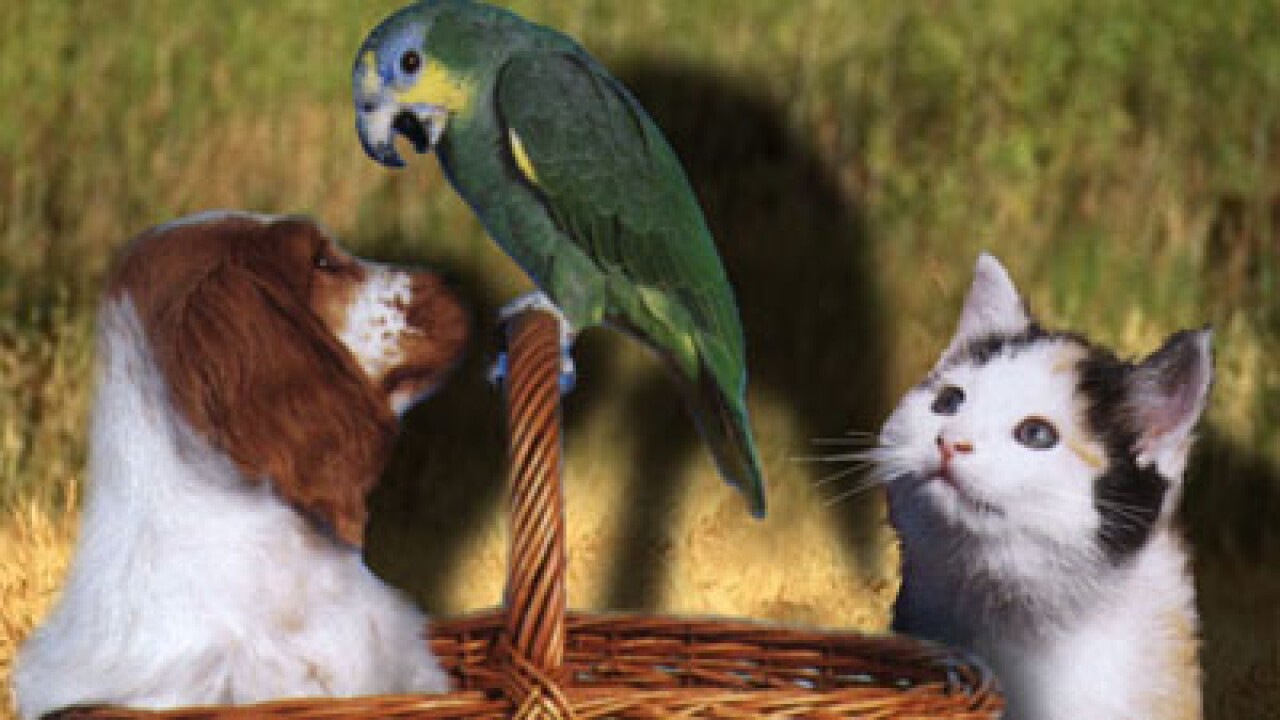 Get tips for selecting a companion that works with your lifestyle.
Article

Choosing a pet is a big decision. When the Obamas selected their new puppy, they put at least as much thought into choosing the right breed as the president did in selecting cabinet members. Maybe more. (Probably because his cabinet members won’t be sleeping on his floor!)

Unfortunately, the Humane Society of the United States estimates that animal shelters care for 6 to 8 million dogs and cats annually, and of those, approximately half are euthanized. That’s why careful pet selection is crucial.

Veterinarian Keith Gordon, D.V.M., of Walnut Street Veterinary Clinic in Hillsboro, Ore., says, “The first thing to consider is how much time, energy and space you can devote to a new pet. Dogs require lots of hands-on work, daily exercise, attention, training, clean up, food and water. Puppies require several hours a day. Cats require less commitment. Fish, even less. Be realistic. Pets thrive if you get this right, and suffer if you don’t.”

The American Veterinary Medical Association says: “Selecting a pet should be a family project, with everyone’s needs, concerns, fears, and medical history considered.” And, they say, “Your goal is to identify the best animal(s) for your living space, lifestyle, and budget.” In other words, be selective when choosing a pet, and ask yourself the following questions:

1) Is your home big enough for a pet?
Small pets such as cats, rats and canaries can adapt to any size home. Larger ones, like dogs, need plenty of room to run. Pets and owners alike will be happier if they choose the right pet for their habitat.

2) Does a pet fit in with your regular activities?
Research the traits and temperaments of different animals and breeds. Make a match-list with the activities you want to do with your pet. Be realistic. Don’t choose a cat as your hiking-buddy or a Great Dane for your dorm room.

3) How much time do you spend at home?
Some pets are happy with a little food and a fair amount of solitude, but others require a bigger commitment. Think about how much food, exercise, grooming and attention an animal needs and balance that against your own capacity to keep that pet happy and healthy.

Carol Foster, who works with Oregon Friends of Shelter Animals (OFOSA), says: “Too often, active pets are left home alone while owners work. Before you adopt, ask yourself if you can give your pet the attention [it] needs.” Failure to provide the right living conditions can affect a pet’s physical and mental health and lead to problems the owner can’t handle. That’s why many animals end up in shelters. Owners don’t know what they’re committing to.

4) How much is that doggie in the window?
What’s your budget? In addition to purchase price, consider costs for food, shelter, veterinary care, licensing fees, grooming, training, toys and more. And plan ahead–in tough economic times, animal shelters often see an influx animals because their families can no longer afford to keep them.

Making the Right Choice
“Once you decide how much time and energy you can give,” Gordon says, “then decide what sort of pet you want. Some people want unique pets that aren’t cuddly [snakes, hedgehogs]. Some want cuddly pets that don’t require fulltime attention and daily care [rats, cats]. Some want full-on companionship [dogs, horses]. Visit friends with pets, humane societies, and do research online or at the library.” And check with local ordinances–it may be illegal in your city to own a rooster, for example.

And, Gordon adds: “Great pets are usually created by their person. Terrible pets are usually due to poor planning. A fly-eating lizard in a well-constructed, properly lit cage might be one person’s ‘great pet,’ while a puppy no one has time to walk, play with or clean up after is a terrible one.”

Where to get a pet is another important consideration. Adopting from a shelter is often a wonderful opportunity, but it’s important to remember you’re adopting that animal’s history too. There may be advantages to getting a young animal over a mature one, including control over its training, health and behavior. “Early weeks for dogs and cats are their formative ones,” says Gordon. “Cats learn most of their likes and fears by age eight weeks; dogs by sixteen weeks. If an adult shelter animal is well-socialized and friendly, he’ll likely retain those characteristics. If it’s fearful, or aggressive, that may be hard to train out of them. Its personality is unlikely to change after you get it.”

Nature vs. Nurture
Are some breeds better than others? “Breed selection is a guide, not a guarantee,” Gordon cautions. “With any breed, you have individual and developmental variations due to genetics or early puppy experiences.”

Foster, who has cared for hundreds of neglected, abandoned or abused animals, agrees that breed is important, but that it isn’t everything. “Don’t choose a breed without knowing its characteristics. Don’t rule out a breed based on reputation alone. Training is paramount to a well-behaved, well-socialized animal.”

And, says Gordon, “Pets are known to increase their owner’s health and well being, but not if you don’t have the right conditions for it. That’s not fair to the pet.” That may be the difference between a pet that’s a beauty and one that’s a beast.