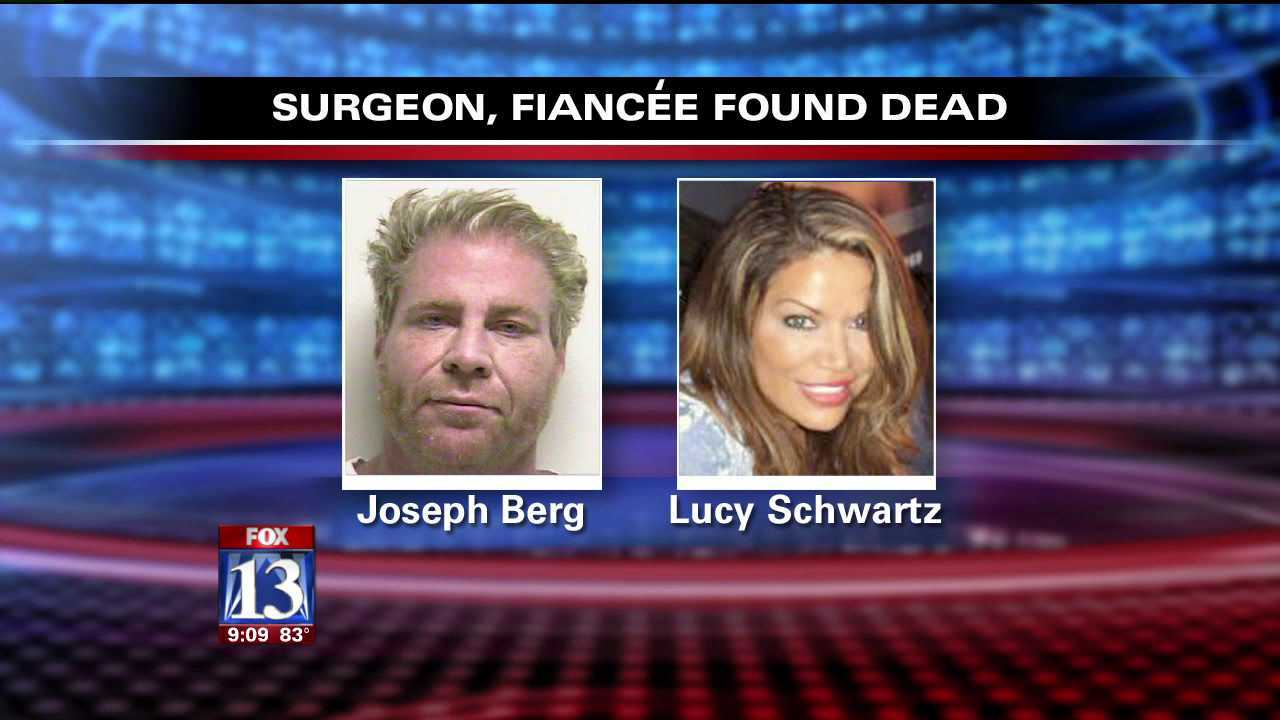 Berg's father was the first to find the couple and call police. He describes discovering the two laying on Berg's bed.

"My son lives at this house and I had an appointment with the attorney to pick him up to take him to his attorney and I just came into the house and walked into the bedroom. He and his girlfriend are both dead in bed. Stone cold dead," Berg's father said to the dispatcher.

Berg's father said the two didn't appear to have any injuries, only that he knew they were dead after touching the bodies.

"I didn't want to disturb them. I just touched them and said 'oh my goodness.'"

There was no mention of prescription drugs in the 911 call, but Berg admitted earlier he was addicted to painkillers and his life unraveled. He lost his medical license, then his home, and went through a divorce.

The former plastic surgeon was released from the Utah County Jail just four days before his death. Berg pleaded guilty to kidnapping his fiancée, Lucy Schwartz, but she stayed by his side, even until the end.

The autopsies on Berg and Schwartz are inconclusive. Orem Police will wait for toxicology results – answers that could take months.

The couple's bodies will likely be released back to the families before the end of the week so funeral arrangements can be made.