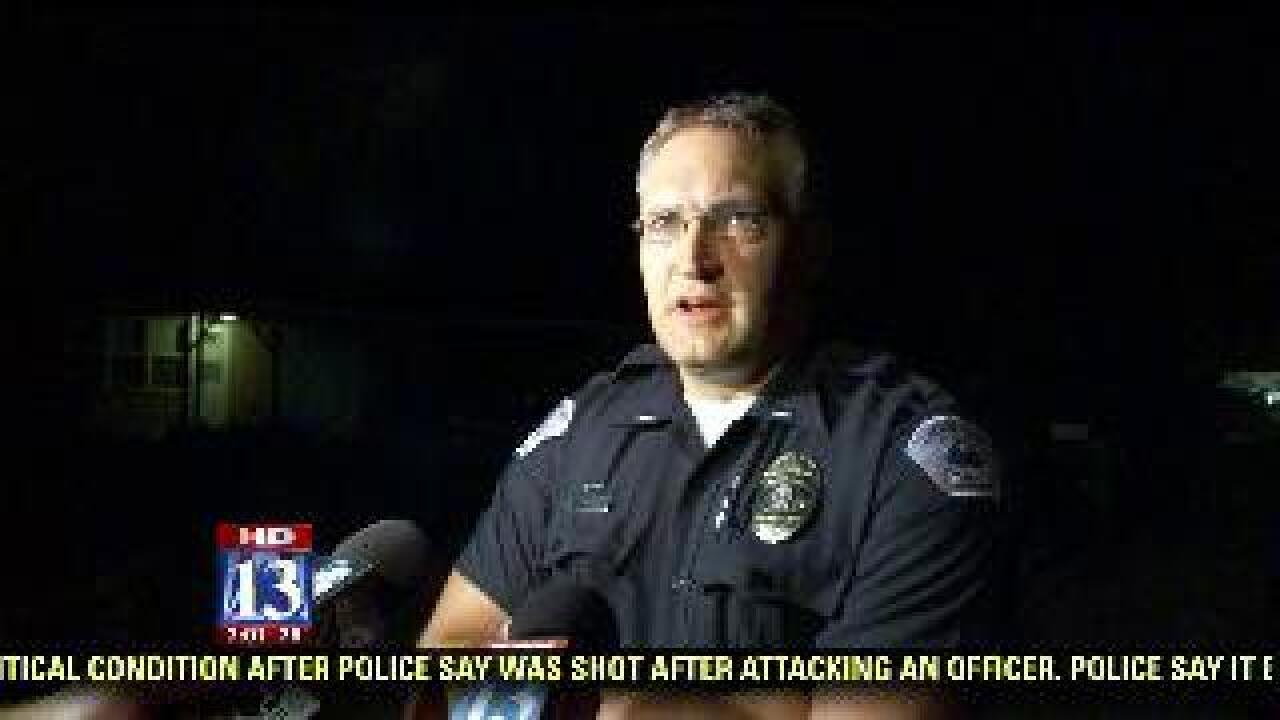 LAYTON, Utah -- A man is in critical condition after police say he attacked an officer in Layton.

Police say they received a call from a home at 565 East Miller Avenue in Layton, but the officer-involved shooting happened across the street.

Layton Police say they received a domestic abuse complaint around 11:30 p.m. Tuesday. The caller claimed a woman was being assaulted by her boyfriend and the caller said he feared the suspect was going to kill the woman.

When police arrived at the scene, they were told Joshua Isaacson, 30, had dragged the woman to a house across the street.

An officer was inside the house investigating the situation when he says he was attacked by the Isaacson.

"The officer ended up firing several rounds, striking the suspect in the chest. At that point several officers came to the aid and secured the suspect," said Lt. Garret Atkin, Layton Police Department.

Lt. Atkin says Isaacson was taken to the hospital and is in critical condition.

The officer was also taken to the hospital with head and facial injuries. The woman was transported to the hospital as well, but the extent of her injuries is not known.

Charges are pending against Isaacson.