For Romney, the speech of his life 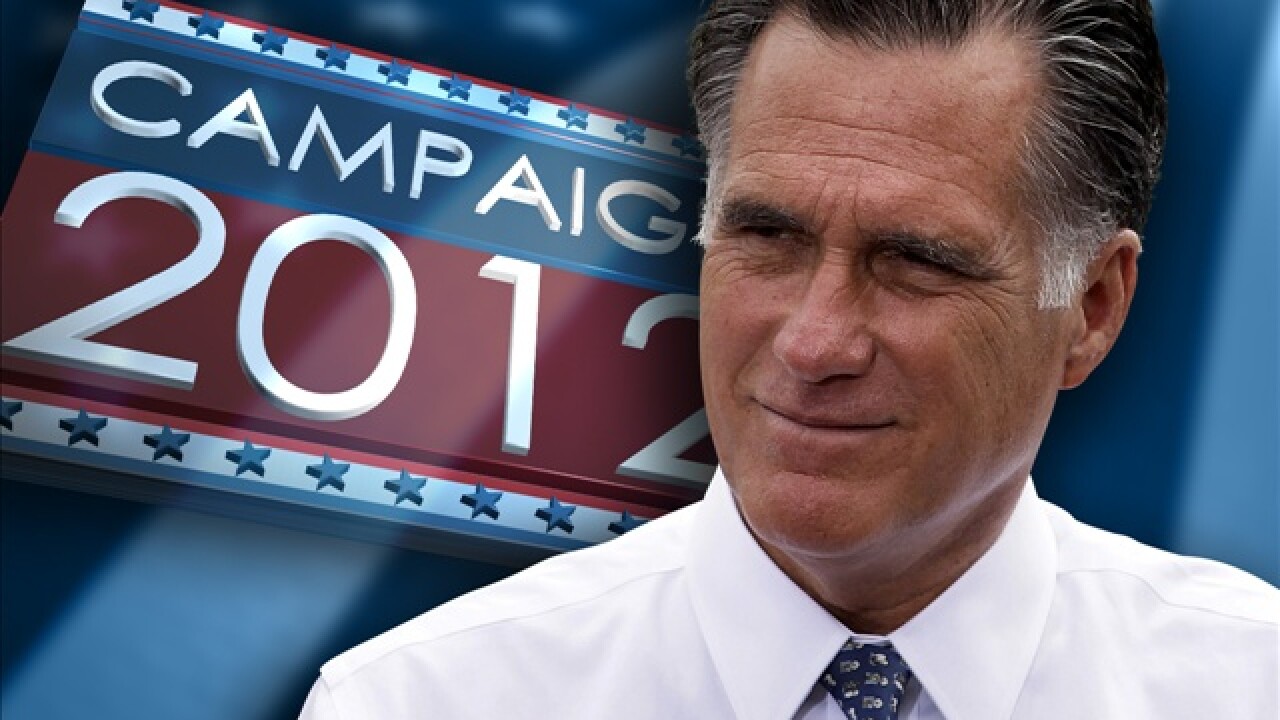 TAMPA (CNN) — The challenge for Mitt Romney as he accepts the Republican presidential nomination is to push past the the stiff and reserved perception that’s been created for him by opponents and comedians and make a heartfelt and profound appeal to the millions of Americans who will be watching his speech Thursday night.

Romney advisers say their biggest goal is to improve his likability and make the case that he understands how Americans are struggling and that he empathizes with the middle class.

His highly anticipated speech follows blockbusters from former Secretary of State Condoleezza Rice and running mate Rep. Paul Ryan. The latter energized the convention and set a high bar for Romney with a point-by-point critique of Obama’s presidency and what Republicans have tried to characterize as a failed administration.

Ryan’s speech set the stage for Romney’s address, which is intended to provide Americans just tuning in to the election with an introduction to the candidate and how he would move the country’s stagnant economy forward.

His wife, Ann, spoke on the convention’s first night and tried to tell Americans about her husband in human terms.

Romney’s speech has “to be more soaring and set a vision of where we could go under his leadership that is compelling,” CNN Senior Political Analyst David Gergen said. “If could I use a metaphor, it’s like a plane. I think Paul Ryan put one wing on the plane. … Ann Romney put another wing on the plane. … Condi Rice put some fuel in the engine. Now, Mitt Romney has got to fly the plane.”

Ron Bonjean, a veteran GOP strategist for several congressional leaders and partner at the political communications firm Singer Bonjean Strategies, said Romney has to “knock it out of the park.”

“This is the moment. The opportunity. It’s up to him to rise to that occasion.”

Democrats convene next week, so the pressure is amplified and the window to make a lasting impression is small: Any bounce Romney might receive from his performance might be quickly eclipsed by President Barack Obama’s acceptance speech at the Democratic National Convention.

A Romney campaign adviser said Thursday morning that speakers on the final evening of the convention will focus on telling Romney’s “personal story,” beyond the prevalent image of the multimillionaire businessman and former Massachusetts governor waging a five-year quest for the White House.

Those scheduled to speak include former business associates, three people who worked alongside Romney in the Church of Jesus Christ of Latter-day Saints and his lieutenant governor in Massachusetts, according to Romney strategist Russ Schriefer.

Romney senior adviser Eric Fehrnstrom said the candidate will discuss his view of the role of government, offer his biography, review what he calls Obama’s failures and provide his vision on how to solve the nation’s most pressing problems. He added that the GOP presidential hopeful will talk about his father, former Michigan Gov. George Romney.

“He has three broad objectives,” Fehrnstrom said Thursday of Mitt Romney’s speech. “First is to talk about his vision for a better future. He also is going to make the case against President Obama for the failures of the last four years. And he’s going to talk about who he is. I think you’ll enjoy the speech. He’s very happy with it, and one thing we know about Mitt Romney is that he always rises to the occasion.”

For the 65-year-old, the nomination and tonight’s speech put him within one step of the goal he first sought in 2007, when he ran for president after serving as a Republican governor for four years in traditionally Democratic Massachusetts — if he can overcome the likability hurdle.

Even just a small show of emotion will help Romney, political experts say.

Conventional wisdom says he must be more likable and connect with people, and in this case, conventional wisdom is accurate, said CNN Political Analyst Ari Fleischer, a White House press secretary for George W. Bush. “He needs to have people click and like him, sort of the way Paul Ryan naturally does.”

Fleischer said a good start would be an exchange with his younger running mate, who drew laughs when he joked about Romney’s choice of music being like elevator music.

“The moment I’m looking for is that elevator music thing. Paul Ryan set it up. And I can’t wait to see if the Romney people respond,” Fleischer said. “He made the joke about his boss listens to elevator music. Mitt Romney (on Thursday) needs to make a joke back about Paul Ryan and music and elevator music. Humor for Mitt Romney is a big ingredient in making himself likable.”

The presidential race is locked in a dead heat, and while most voters polled say Romney would do a better job with the economy, Obama has a much higher likability factor.

A CNN/ORC International survey released last week showed that 53% of likely voters think Obama cares about the needs of people, with 39% feeling the same way about the former Massachusetts governor. The president leads Romney in the poll by an equal margin when it comes to being in touch with the middle class. And six in 10 say Obama is in touch with the problems facing women today, with just over three in 10 feeling the same way about Romney.

Romney has 48% to 44% margin over Obama on managing the government effectively and a 6-point advantage on having a clean plan for solving the country’s problems.

But 64% of all Americans and 68% of independents think Romney favors the rich over the middle class.

That’s the perception Romney has to push past if he wants to win over undecideds, said Paul Brewer, a professor of communication and assistant director for research Center for Political Communication at the University of Delaware.

“The most common view of him is this aloof, rich guy that’s the master narrative for him right now. He comes across as a competent orator, but not inspiring,” Brewer said. “He needs to get messages out there that will be useful. … His message so far has been ‘I’m a good economic manager,’ and that just doesn’t cut it.”

CNN’s Tom Cohen and Paul Steinhauser contributed to this report.