OGDEN, Utah -- One of the teens charged with plotting to detonate a bomb at a high school assembly in Roy pleaded no contest in court Thursday.

Dallin Morgan, 18, was sentenced to 105 days in jail and up to 18 months probation as part of his plea deal in Second District Court. His initial charge of a first-degree felony possession of a weapon of mass destruction was reduced to second-degree felony criminal mischief.

In January, prosecutors say Morgan, along with a 16-year-old student, planned to detonate the bomb at Roy High School. The juvenile has since pleaded guilty to the plot.

Police say the juvenile and Morgan plotted to escape after the bomb went off by stealing a plane from the Ogden-Hinckley Airport and fly to “a country that won’t send (them) back to the US,” according to a text message sent by the 16-year-old suspect. Detectives say the 16-year-old suspect reported to have spent hundreds of hours in an online flight simulator to prepare for the getaway.

Morgan's defense said the teen had a lesser role in the plot and that is why lawyers agreed to a plea deal.

“This defendant was 18 by one month and the other person, we felt, was more culpable in the case was still a juvenile, so that person isn’t going to end up with an adult record, but Mr. Morgan will so under those circumstances," said prosecutor Dean Saunders. "We felt like we wanted a fair resolution in this case taking into account all those considerations.”

When the two teens were detained in January of 2012, police say that thanks two other Roy students informing school officials of the plot,  a potential disaster was avoided. Roy Police Chief Greg Whinham told media that the two had been making plans for months.

“Everything would indicate that there was a lot of planning and preparation that had been going on for up to two to three months by these two individuals at Roy High School,” said Whinham. “We’re very fortunate today that we were able to intercept some information prior to them being able to take any substantial steps toward harming any kids at Roy High.” 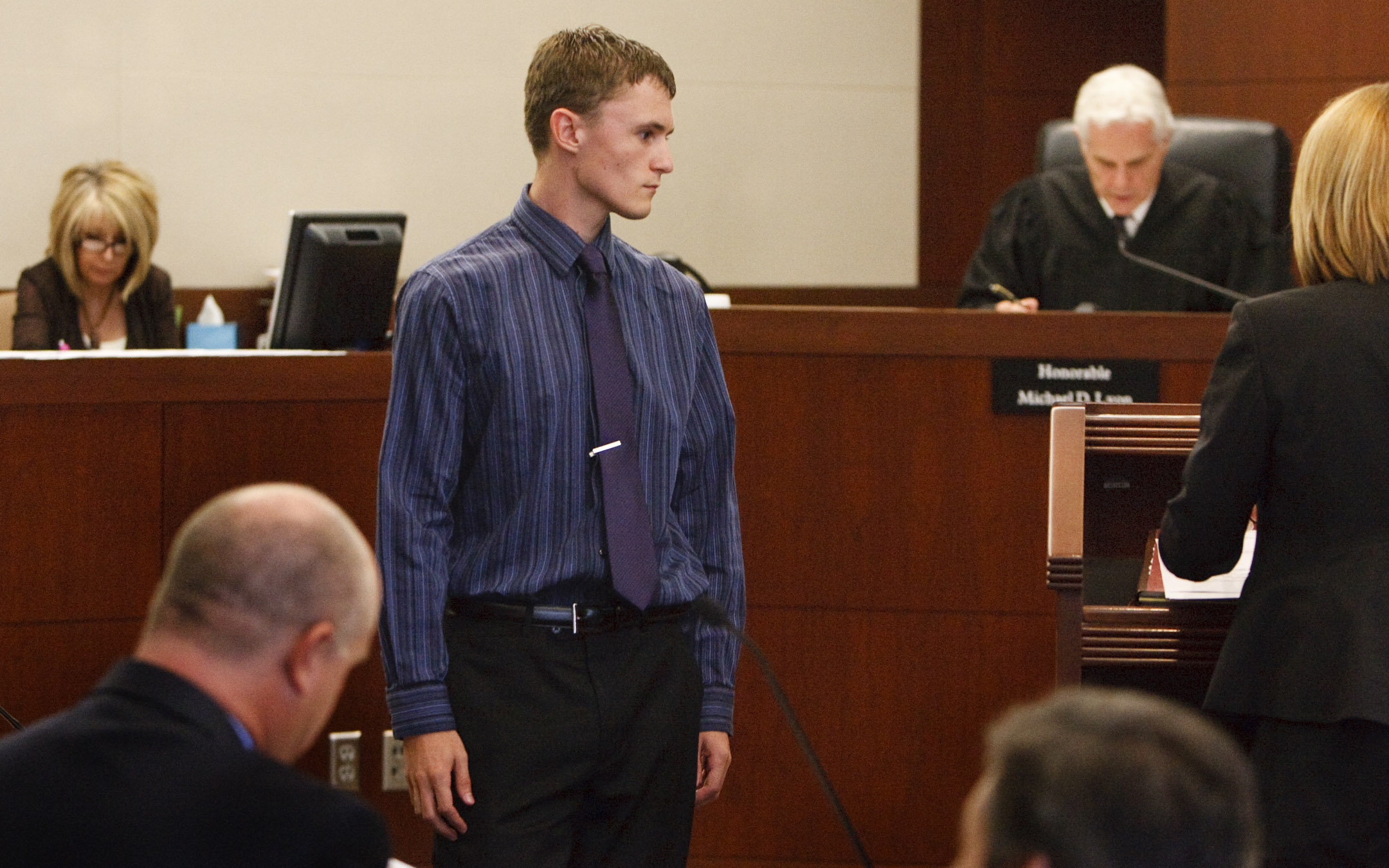