Ryan goes on the attack in prime-time debut 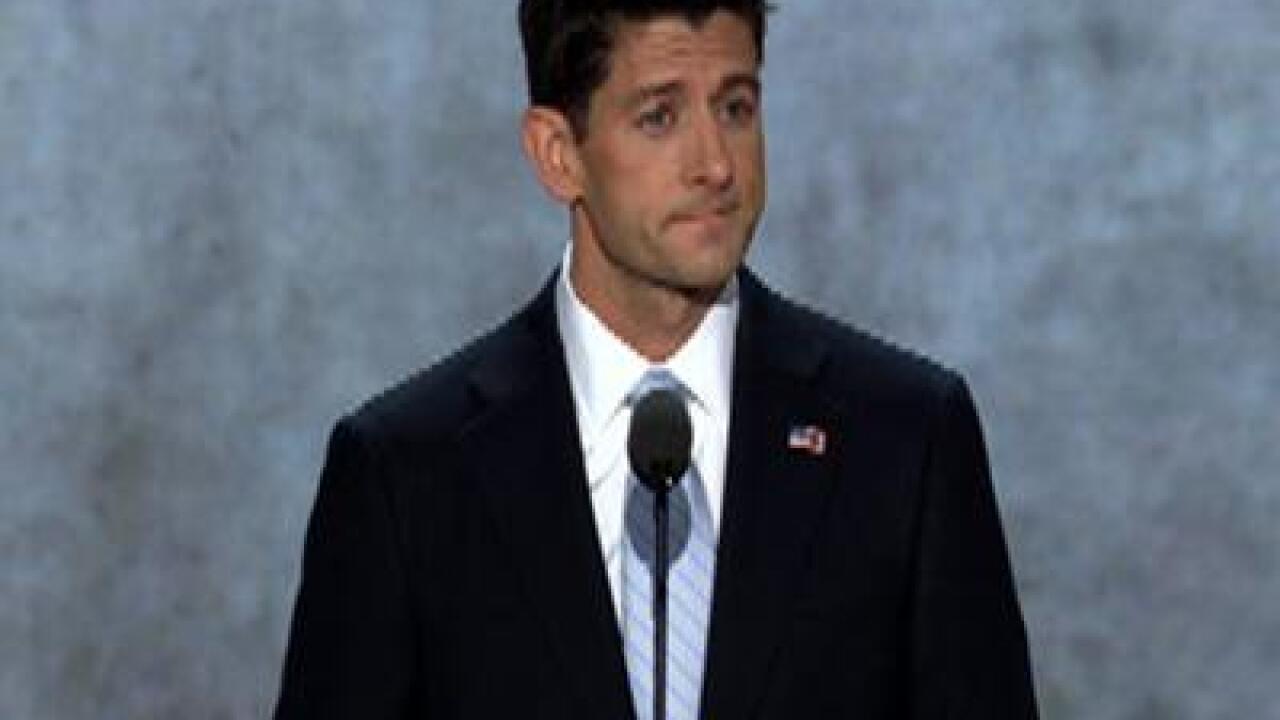 TAMPA, Florida (CNN) — U.S. Rep. Paul Ryan’s prime-time address Wednesday at the Republican National Convention put his fiscal acumen on display, but Mitt Romney’s running mate also made an effort to show delegates — and millions of television viewers — the man behind the numbers.

“We’re a full generation apart, Gov. Romney and I,” the seven-term Wisconsin congressman said toward the end of his speech, a reminder to voters that Ryan stands as the first member of Generation X to run on a major party’s presidential ticket.

“I hope it’s not a deal-breaker, Mitt, but my playlist starts with AC/DC, and ends with Zeppelin,” the 42-year-old Wisconsin lawmaker cracked as the audience roared.

Ryan’s speech to the convention was the biggest night of his political career, and the Republican vice presidential candidate used the occasion to launch an all-out assault on President Barack Obama’s economic record, which Republicans cast as the source of persistently high unemployment.

Ahead of the speech, a Republican source familiar with Ryan’s plans said Ryan went into the event wanting to play the “attack dog” role that has become traditional for presidential running mates.

The source said Ryan’s speech was intended to “deconstruct” Obama’s agenda, with particular attention paid to the fiscal issues that are the congressman’s strength, such as the national debt, stimulus spending and his proposed Medicare reforms, which have come under attack by Obama and Democrats.

Ryan laid out a methodical critique of the administration, saying Obama and Vice President Joe Biden were “silent about their record, and … desperate to keep their power.”

“Ladies and gentlemen, these past four years we have suffered no shortage of words in the White House,” Ryan said. “What’s missing is leadership in the White House. And the story that Barack Obama does tell, forever shifting blame to the last administration, is getting old. The man assumed office almost four years ago — isn’t it about time he assumed responsibility?”

Ryan also used his address to play up the economic plans offered by Romney, though he spent little time touting his own House budget proposal, the item for which Ryan was most famous before becoming Romney’s running mate.

In his speech Wednesday, Ryan said the nation required a series of tough calls to avoid fiscal disaster.

But Ryan’s speech ultimately wound back to the generational shift his candidacy represents, a nod to a concerted effort to inject the Republican ticket with some youthful vigor while maintaining the values conservatives regard with such importance.

“A generation apart,” Ryan said. “That makes us different, but not in any of the things that matter. Mitt Romney and I both grew up in the heartland, and we know what places like Wisconsin and Michigan look like when times are good, when people are working, when families are doing more than just getting by. And we both know it can be that way again.”

As the delegates applauded at the end of his speech, Ryan was joined on stage by his wife, Janna, and three young children, some of whom are around the same age as Romney’s grandchildren.

Ryan’s mother, Betty Douglas, who joined Ryan in Florida earlier this month for a speech about Medicare, was in the convention hall and embraced her son on stage, patting him heartily on the back.

Sitting behind the Ryan family in a reserved section was his father-in-law, Dan Little, two sisters-in-law and their husbands, and his brother, Tobin.

About 20 minutes into the speech, Ryan’s 7-year-old son Sam was nodding off in his mother’s arms, at one point keeping her from taking part in a standing ovation.

Ann Romney and her son Tagg joined Ryan’s family in the convention hall to take in Wednesday’s speech.

“It was great. Loved it,” Ann Romney said after Ryan finished up.