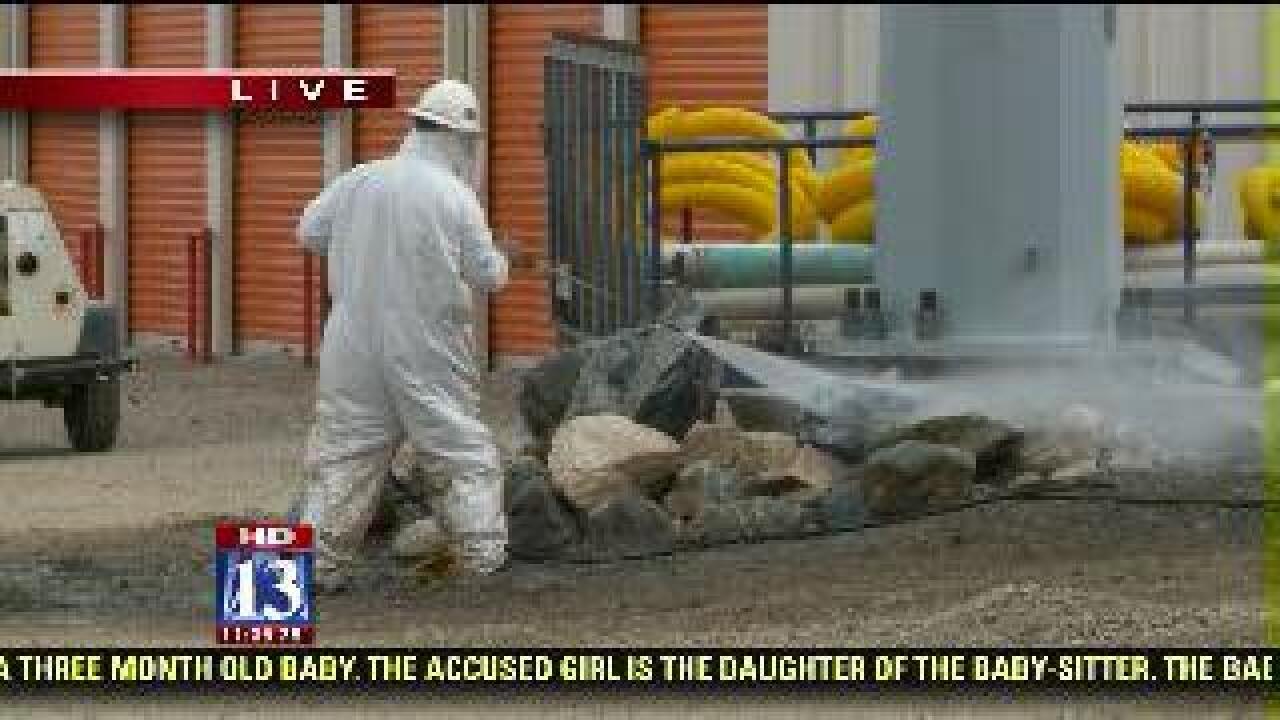 The incident occurred at the Holly Refinery. A spokesman for the refinery says the tanks built up too much pressure, causing a break and releasing a spray of oil.

The spray covered an area about 40 yards wide and about half a mile long. The heavy fuel oil was kept at a high temperature to keep it in liquid form.

There is still an investigation under way to determine what caused the tank to rupture.

"We're guessing that somehow there is some water that got into the tank," said Mike Astin, spokesman with Holly Refinery.

Astin said the temperature of the oil is above the boiling point for water, so water would have vaporized immediately and cause the change in pressure that made the tank fail. He said this is what they speculate happened.

No one was hurt, but the oil coated a trailer park and an area southeast of the refinery near 500 South and I-15.

The refinery is handling the cleanup. The refinery was out power washing places the oil had landed and the Utah Highway Patrol assisted in making sure the oil was removed from the road ways.