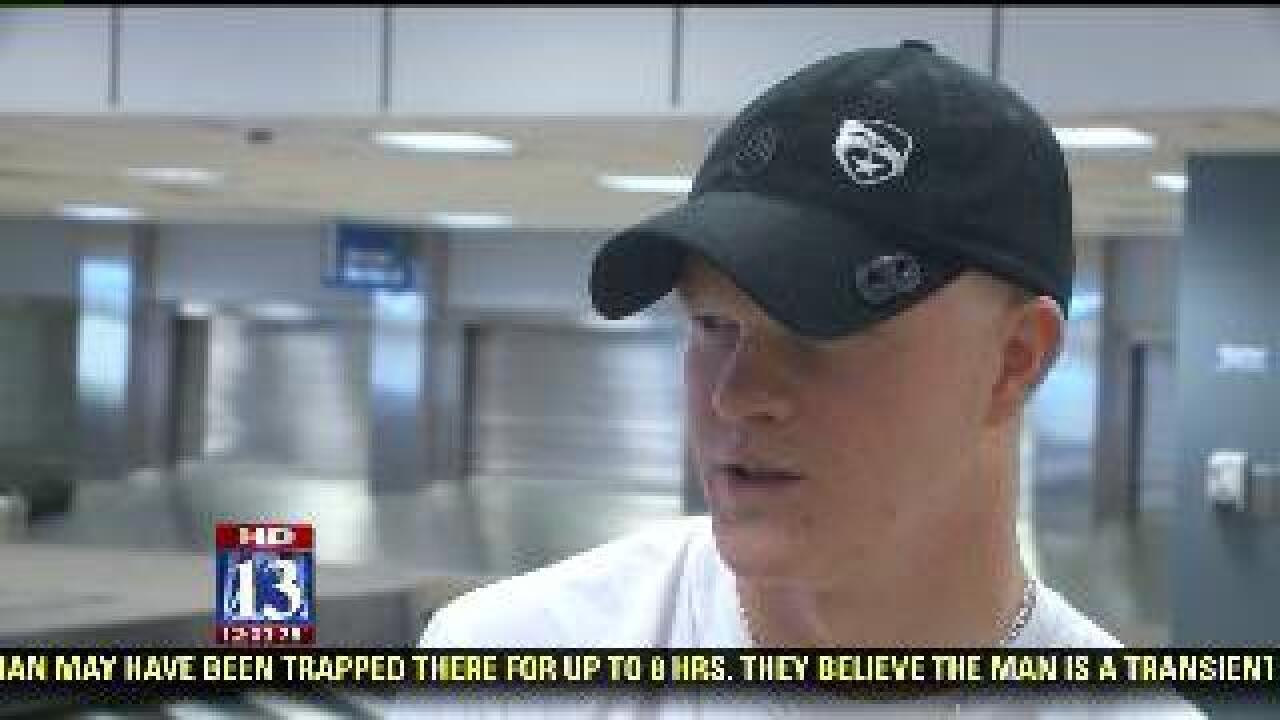 SALT LAKE CITY - It is a happy homecoming for a Utah soldier who was injured while in Afghanistan.

Landon Leo Henscheid was welcomed home by his family at the Salt Lake City International Airport on Friday.

Henscheid was a field medic who was injured while on patrol. He has been recovering at Walter Reed Army Hospital in northern Virginia.

Henscheid was initially paralyzed from his injuries, but he walked through the airport to his waiting family.

"Very humbling experience, it's incredible to have the chance to come back and visit," said Henscheid. "Most of my guys that are still over there, still doing the job, still working everyday, putting their lives on the line."

While in surgery for his injuries, Henscheid said the doctors found cancer in his spine. He said this is just another challenge for him to overcome.

"Everybody has got their challenges and this just happens to be mine to deal with right now," Henscheid said.

Henscheid's brother, Army Reservist Cody Henscheid, was also injured while serving overseas. He was honored with saving the life of a fellow soldier in Iraq in 2006.

Landon Henscheid will be spending the next week with family in Utah County before returning to Walter Reed National Military Medical Center for more treatment on his injuries and for the cancer.