OGDEN -- A man is suing the Utah Highway Patrol, accusing troopers of beating him during a traffic stop earlier this year.

R. Todd May filed the lawsuit in U.S. District Court on Friday against troopers Brandon Whitehead, Jared Patterson, Joshua Porter and E. Prescott, accusing them of excessive force. He is seeking more than $250,000 in damages.

In the lawsuit, May claims he was helping a woman with car trouble on July 9 when he was pulled over near 26th Street and Washington Boulevard for following too closely and running a red light at Wall Avenue. May claims the woman, who was a confidential informant for the Weber-Morgan Narcotics Strike Force, claimed he had drugs.

"May responded that he was on prescription methamphetamine," the lawsuit states.

After being ordered to remove his shoes, May said he took a pill that he kept there and popped it in his mouth. That's when troopers attacked him, he claims.

"Spit it out! Spit it out!" a trooper shouts on a dash cam video of the incident, released on Friday.

The trooper is seen on the tape punching May repeatedly. May's attorney, Robert Sykes, identified him as Brandon Whitehead. The lawsuit claims Whitehead punched May "seven or eight" times in the head. Trooper Jared Patterson is accused of using a Taser on May as his arms were held behind his back.

The lawsuit claims the troopers ordered May to "stop resisting" during the course of the incident. May claims he was not resisting arrest.

"I actually thought for a minute there, I thought they were going to kill me," May said.

According to the lawsuit, May suffered a concussion, serious bruising and lacerations to his face and stun gun burns.

"You don't dogpile like a football game on somebody who's swallowed something. You look at the nature of the alleged crime. He was pulled over for at most a red light and following someone too closely. They put that in there. You don't savagely beat somebody for that," said Robert Sykes, May's attorney.

The Utah Highway Patrol on Friday declined comment on the lawsuit itself. An internal investigation into the complaint of excessive force is under way.

"Actions against Mr. May would be done criminally, and that's done through the Weber County Attorney," Department of Public Safety spokesman Dwayne Baird said. "We are looking at it internally. The Highway Patrol has a process in place and procedures to follow and we're doing that."

The UHP told FOX 13 the troopers all remain on duty. 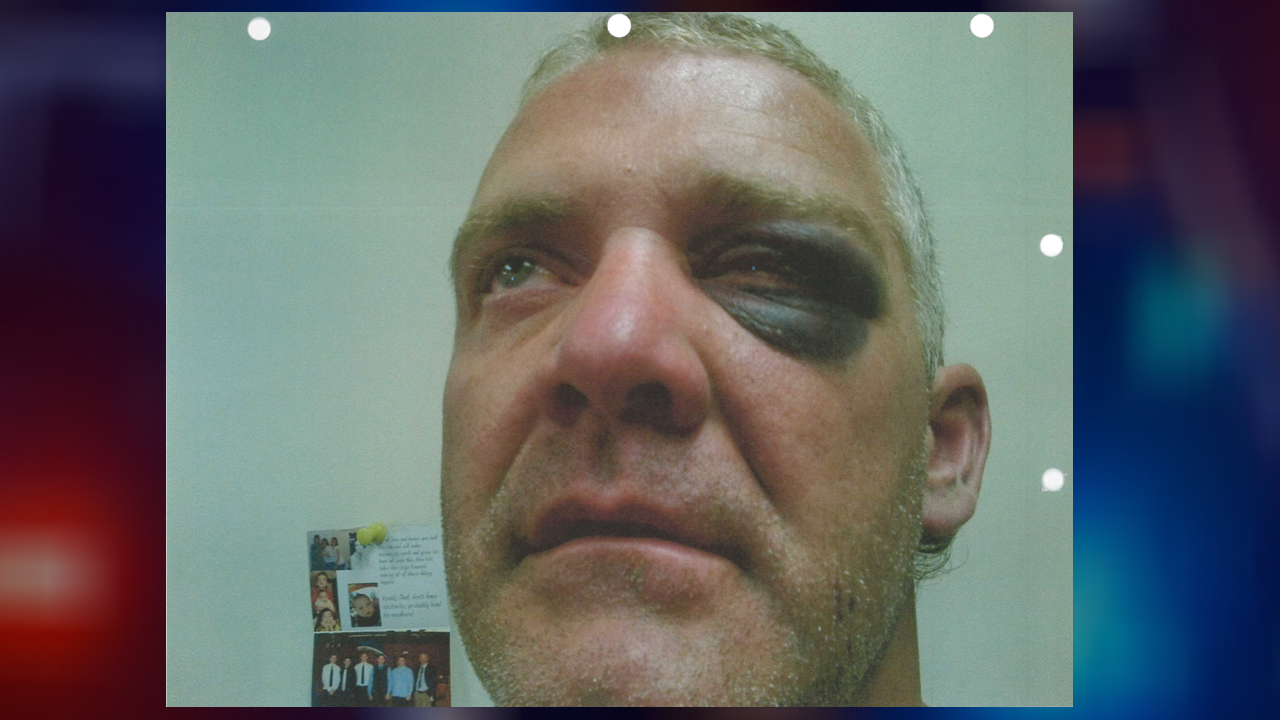