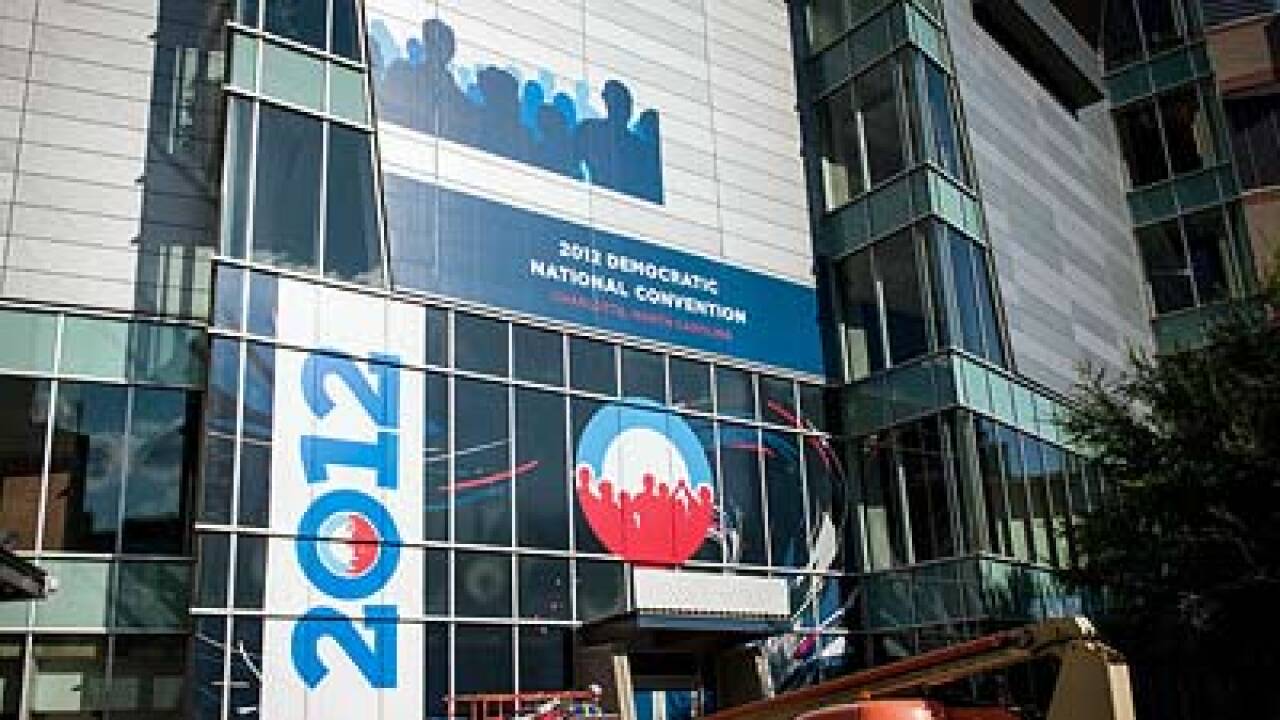 CHARLOTTE, North Carolina (CNN) — It is a very different year – and very different mood — as Democrats gather for their convention. But there is one carryover from 2008: To win the White House, Barack Obama will once again have to make history.

Four years ago, it was a groundbreaking victory for the first African-American to win the presidency. Now, to win four more years, it is a less glamorous but still significant barrier in his way; no incumbent has ever been re-elected with unemployment this high.

But while the historic statistical models would suggest defeat looms in November, the president arrives in Charlotte with several key advantages in the race, and with an easier path to 270 Electoral College votes and victory than his Republican rival.

• Incumbency: Yes there are downsides to this, but the stage and powers of the presidency are on the whole an advantage, especially in a close, competitive race.

• More room for error: Mitt Romney needs to win Florida and Ohio, and at least two of these three — Virginia, North Carolina and Wisconsin — to have a realistic shot at 270. Obama, on the other hand, enters his convention with several paths to cobble 270 together.

• Demographics: As long as the GOP has a crisis with Latino voters, there is a built-in Democratic edge in several key states. New Mexico, not long ago a presidential swing state, is barely mentioned as a potential GOP target. And Nevada is a competitive tossup despite the highest unemployment rate among the states and a punishing housing crisis.

Yet the challenges are obvious.

While his path to 270 has more room for error, it is very different from the lopsided Democratic advantage in 2008.

Then-Sen. Obama won three states that hadn’t voted Democratic for president in more than a generation — Indiana, North Carolina and Virginia. His campaign already concedes Indiana is an almost-certain red state this year, and North Carolina and Virginia are tossups. So are Wisconsin, Iowa, Nevada and Colorado — all states where the president’s margin was fairly comfortable four years ago.

The economy is of course the driving force behind the very different 2012 map and mood.

To the Romney campaign, that is proof the president’s economic policies have failed. The Obama team, in turn, notes that unemployment hit 10% in October 2009, and argues that the president’s policies are, albeit slowly, helping pull the economy out of a deep recession he inherited.

In any event, the jobless numbers and other economic data make it all but impossible for the president to make the case Americans are better off today than they were four years ago.

So his convention priority is to make the case that his approach is the better, fairer path to sustained recovery. The primary target: independents and conservative Democrats in battleground states.

“The thing I most love about them is how they discovered the middle class at their convention,” Vice President Joe Biden mockingly told a crowd Sunday in Green Bay, Wisconsin — pushing the fairness argument. “Wasn’t that amazing? All of a sudden their heart was bleeding for the middle class.”

Just as critical, if not more so, is the Obama tactical imperative of using the convention to re-energize his 2008 base.

“Don’t boo – vote,” was the president’s weekend appeal to a Colorado college audience, and it is a snapshot of the 2012 nuts-and-bolts approach of a campaign team that understands it cannot rely on the dynamics that motivated 2008 Obama voters.

To be sure, he continues to enjoy a huge edge among African-Americans, Latinos and younger voters.

But if Romney can make even marginal gains among those groups, or turnout dips even slightly, or both, it could make the difference in several key battlegrounds. The convention state of North Carolina is a test case of Obama 2012 vs. Obama 2008 in the ground game.

Also noteworthy in Charlotte, though likely somewhat less obvious than it was in Tampa, will be the 2016 factor.

Joe and Jill Biden have busy Charlotte schedules, and the vice president of course has a coveted speaking slot. Biden is 69, meaning he would be 73 at the 2016 convention, but he has not ruled out a third try for his party’s presidential nomination.

Ryan set to campaign on ‘are you better off’ question

Hillary Clinton will have no Charlotte role — inappropriate, she says, for a secretary of state. But as much as she says she is done with politics when this first Obama term ends, the convention has no shortage of Clinton loyalists, including her husband, the former president.

From there, as in Tampa, the focus will be on ambitious next-generation prospects, among them Govs. Martin O’Malley of Maryland, Deval Patrick of Massachusetts and, for the first time in years, perhaps a Cuomo — New York’s governor, Andrew.

To look at a map searching for Democrats of the future though, is to be reminded of a painful truth for the party gathering in Charlotte: President Obama is their undisputed leader, but the Obama presidency has been a time of deep Democratic decline.

• 56 Senate seats. It is 51 now (plus two independents who align mostly with the Democrats).

• 257 seats in the House of Representatives. It is 190 now (there are also three vacancies for seats last held by Democrats).

Editor’s note: The 2012 presidential race is CNN Chief National Correspondent John King’s seventh campaign. He analyzed what challenger Mitt Romney and Republicans needed to do in their convention last week.