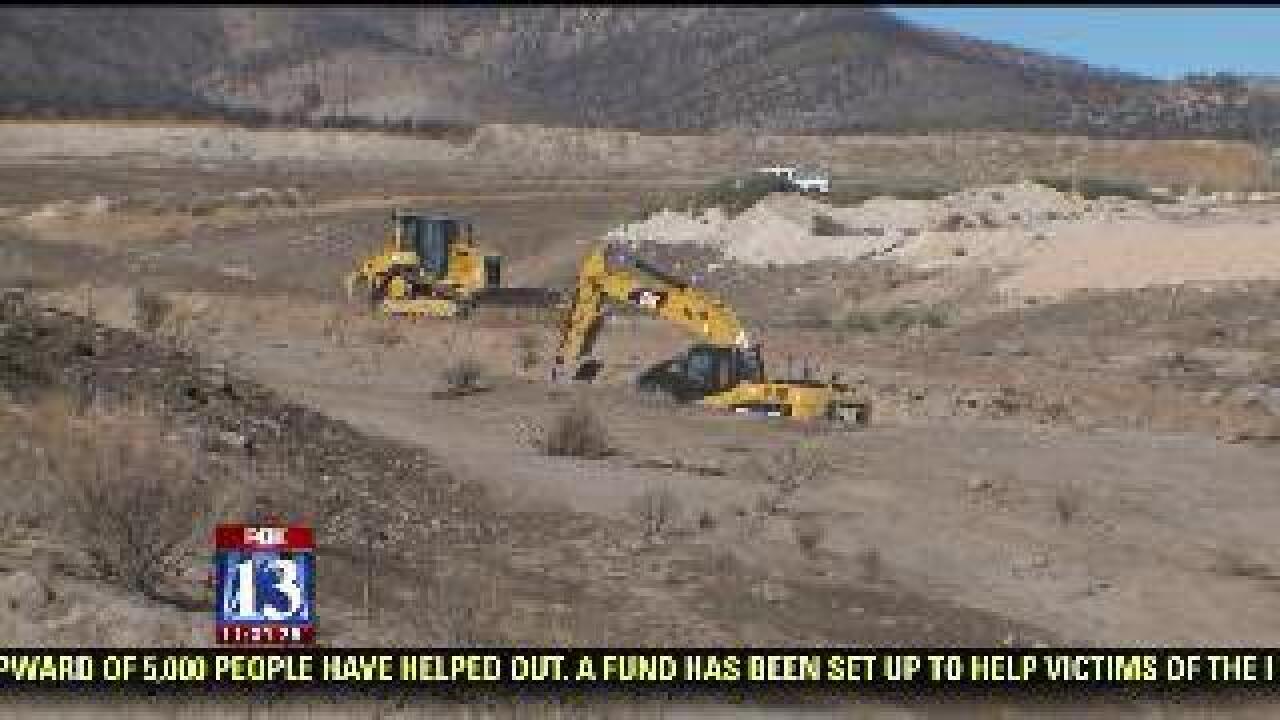 SARATOGA SPRINGS -- As clean up continues from the weekend's flooding here, residents and city officials on Monday expressed concern it could happen again.

"When we saw the fire coming, we knew the next thing was flood," said Kamron Wixom, who lives near the area hit hardest by flooding.

The flooding started Saturday night in the foothills above Saratoga Springs. FOX 13 toured the area, where rocks and trees are strewn all over the area. The debris field that threatens homes below is massive.

The 6,000-acre Dump Fire left the area without any vegetation. When the flooding it, there was nothing to stop it. Christensen said the city recorded 1 1/4 inches of rain over the area Saturday night. Mud and water flowed into 11 homes, through streets and retention ponds, across a golf course and eventually into Utah Lake.

Residents are concerned that it could happen again.

"It looks like there's nothing to stop it from going all the way down again if we get another big rain," Walter Hammond said as he looked down on the city from the moonscaped foothills. "It makes me nervous."

It is a scenario playing out all over the state. Areas hit by the Wood Hollow and Seeley fires in Central Utah have also seen flooding. SR-31 in Emery County is closed because of a mudslide.

Unfortunately, Christensen said, vegetation to replace what was burned by the Dump Fire cannot be planted until later this fall.

"Right now, we're doing everything we can within the world of engineering in trying to prepare debris basins and mitigation for that," he told reporters Monday.

City crews are digging new cutoff channels and debris basins in an effort to prepare for more flooding. Hammond hopes it is enough.

"The thing that's scary is that you've got such a wide swath here that just comes into some narrow zones down by those homes and there's just no place for it to go," he said. "They're digging as fast as they can to make those channels. I just hope it's fast enough."

Details on disaster relief for Saratoga Springs can be found here.