Democratic convention will highlight differing visions between the parties 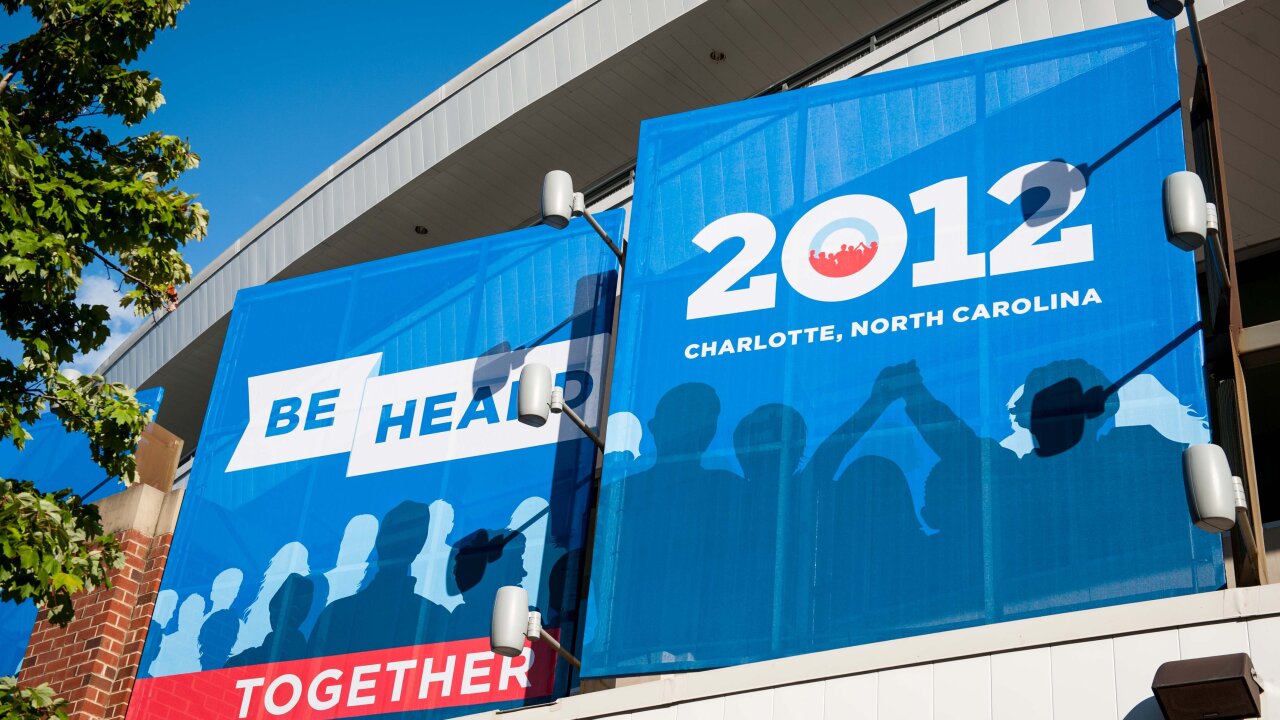 CHARLOTTE, North Carolina (CNN) -- Facing a close election and Republican attacks that they have made things worse while in power, President Barack Obama and Democrats seek to emphasize what has been achieved and additional steps to bolster the middle class at their three-day national convention that begins Tuesday.

The political conclave that will formally nominate Obama for a second term serves as a response to last week's Republican convention that nominated Mitt Romney as the GOP challenger in November.

Romney's campaign is focused on the question of whether Obama has made life better for Americans, arguing that continued high unemployment and sluggish economic recovery from the 2008 recession show White House policies have failed to deliver promised results.

The "are you better off" stratgegy was famously employed in 1980 by Ronald Reagan, who asked voters that question when running against incumbent Democrat Jimmy Carter at a time of national economic woes. Reagan went on to win, and the Romney campaign has repeatedly invoked his name this year while seeking to link Obama and Carter as failed leaders.

Obama and Vice President Joe Biden launched their counter-attacks Monday, telling Labor Day campaign events that the nation is better off now than it was when the new administration took office in January 2009.

Noting that Romney recently said the nation needed a "new coach," Obama told a Toledo, Ohio, event that the former Massachusetts governor offered nothing new from Republican policies that Obama said failed in the past.

"The problem is everybody's already seen his economic playbook. We know what's in it," the president said.

Biden led an effort to sharpen the message of Democrats after other senior party members struggled to formulate a definitive answer to the question of whether voters should feel better off since Obama took office.

"America is better off today than they left us when they left," Biden told a Labor Day campaign event in Detroit, referring to the state of the nation the Obama administration inherited from the Republican administration of former President George W. Bush.

"You want to know whether we are better off?" Biden said, offering a favorite campaign line. "I've got a 'better off' -- Osama bin Laden is dead and General Motors is alive!"

Romney's running mate, Rep. Paul Ryan, kept up the Obama-Carter comparisons, telling a North Carolina crowd that "every president since the Great Depression who asked Americans to send them into a second term could say that you are better off today than you were four years ago, except for Jimmy Carter and for President Barack Obama."

The back-and-forth between the campaigns is part of their competition on how the election gets framed in the minds of voters. Republicans want it to be a referendum on Obama's presidency, while Democrats seek a choice between differing political ideologies on the size and role of government.

In particular, Republicans seek to shrink the size of government and end chronic federal deficits and rising national debt through reduced spending, reforming entitlement programs such as Social Security, Medicare and Medicaid, and slashing taxes on businesses and individuals as a spur for economic growth.

Obama and Democrats argue that a deficit-reduction plan also needs additional revenue as part of the equation, and they propose allowing tax rates on income over $250,000 for families and $200,000 for individuals to return to higher levels from the 1990s. Republicans oppose any kind of tax increase, and the impasse over that issue has been the main impediment to a comprehensive deficit-reduction agreement during Obama's first term.

A senior Obama campaign official told CNN on Monday that viewers tuning in to the Democratic convention will hear how specific Obama policies and ideas will bolster the middle class to strengthen economic growth.

"You didn't hear one tangible idea" at the GOP gathering in Tampa, Florida, the official argued, adding that "the advantage of going second is you get the last word."

The race overall is very tight, with a new poll on Monday indicating Romney holds a slight advantage in North Carolina. Obama narrowly won the battleground state four years ago, becoming the first Democrat to carry the Tar Heel state in a presidential election since Carter in 1976.

"Your country needs your help," Ryan told an overflow crowd at East Carolina University in Greenville, in the eastern part of the state.

Republicans have long sought to portray Obama as unqualified for the challenge of fixing America's ailing economy, and much of last week's GOP convention focused on what they characterized as failed policies of the president that worsened an already bad economy.

"The thrill and pixie dust of the Barack Obama presidency is gone," Republican National Committee Chairman Reince Priebus told reporters Monday. "There is no hope. ... After four years of Barack Obama we are not better off."

Democratic figures initially struggled Sunday to come up with a definitive answer on whether voters felt that conditions had improved since Obama took office. Republicans pounced when Maryland Gov. Martin O'Malley answered "no" to the question on CBS, and other top Democrats also had trouble giving a firm response.

"I think the average American recognizes that it took years to create the crisis that erupted in 2008 and peaked in January of 2009," Obama senior campaign adviser David Axelrod told Fox News. "And it's going to take some time to work through it."

Biden and other Democrats had a sharper response on Monday.

O'Malley appeared on CNN to insist that the country as a whole was "clearly better off" since jobs are being created on a monthly basis, rather than lost. He stipulated that more work had to be accomplished to reverse what he called the "Bush recession."

Meanwhile, Ryan continued to be hounded by false statements in his convention speech last week, as well as his erroneous claim to have run a three-hour marathon in the past.

"I thought I ran an ordinary, kind of normal time, and I thought that was an ordinary time, until my brother showed me a three-hour marathon is crazy fast," Ryan responded when asked about the marathon issue in an interview with WTOL. "I ran a four-hour marathon. And so it's just the fact that I did this 22 years ago and I forgot what my time was and that's what I thought it was."

Earlier, the chairman of the Democratic Party in California walked back statements comparing Ryan to Nazi propagandist Joseph Goebbels. In an interview with the San Francisco Chronicle, John Burton said Ryan's convention speech last week contained fabrications that amounted to a "big lie."

"They lie and they don't care if people think they lie," Burton said, adding: "That was Goebbels -- the big lie."

Burton was primarily referring to a line in Ryan's speech that appeared to blame Obama for the closure of a General Motors plant in Janesville, Wisconsin. An announcement that the plant would close preceded Obama's election.

The state's Republican Party called Burton's comments "the kind of desperate, deranged rhetoric the Democrats are going to employ in order to distract voters from their failed record over the past four years."

"If Mitt Romney, Paul Ryan, or the Republicans are insulted by my describing their campaign tactic as the big lie -- I most humbly apologize to them or anyone who might have been offended," the statement said.