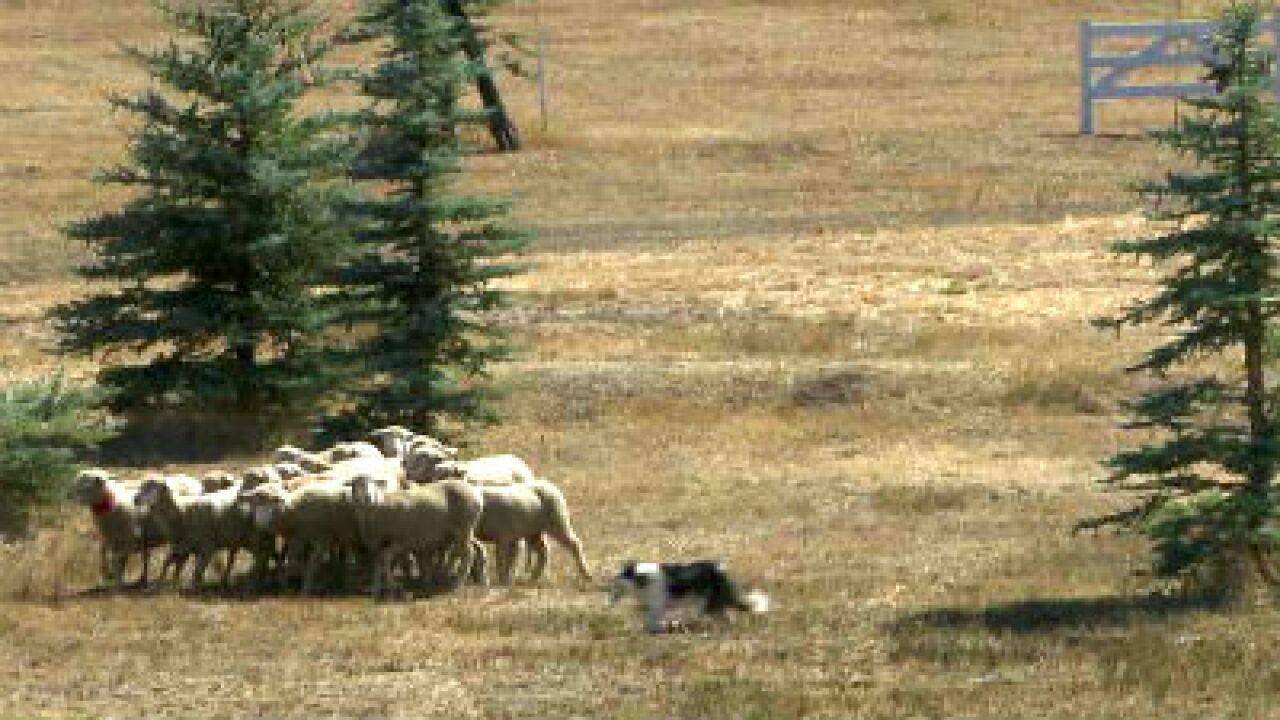 Dogs had to fetch a group of sheep, drive them through a course marked by gates, then separate sheep red collars from the rest of the flock. Handlers used whistles and commands to direct the dogs.

Teams had to be invited and came from all over the world to compete. While any breed of dog is welcome, one stood out.

“at this level they are almost one hundred percent border collies, this breed has been bred for hundred of years to do this job, and for that reason no other breed can do this quite as well,” said Mark Petersen, founder and director of the Utah Sheepdog Classic.

Dogs are given points by a judge on how well they handle the sheep. They can be disqualified if they bully the sheep. The overall winner was Jack Knox and his dog Jim from Scotland.

Petersen says that close to 10,000 people attended the finals on Monday.