Driver cited after drifting off road, plowing through yard 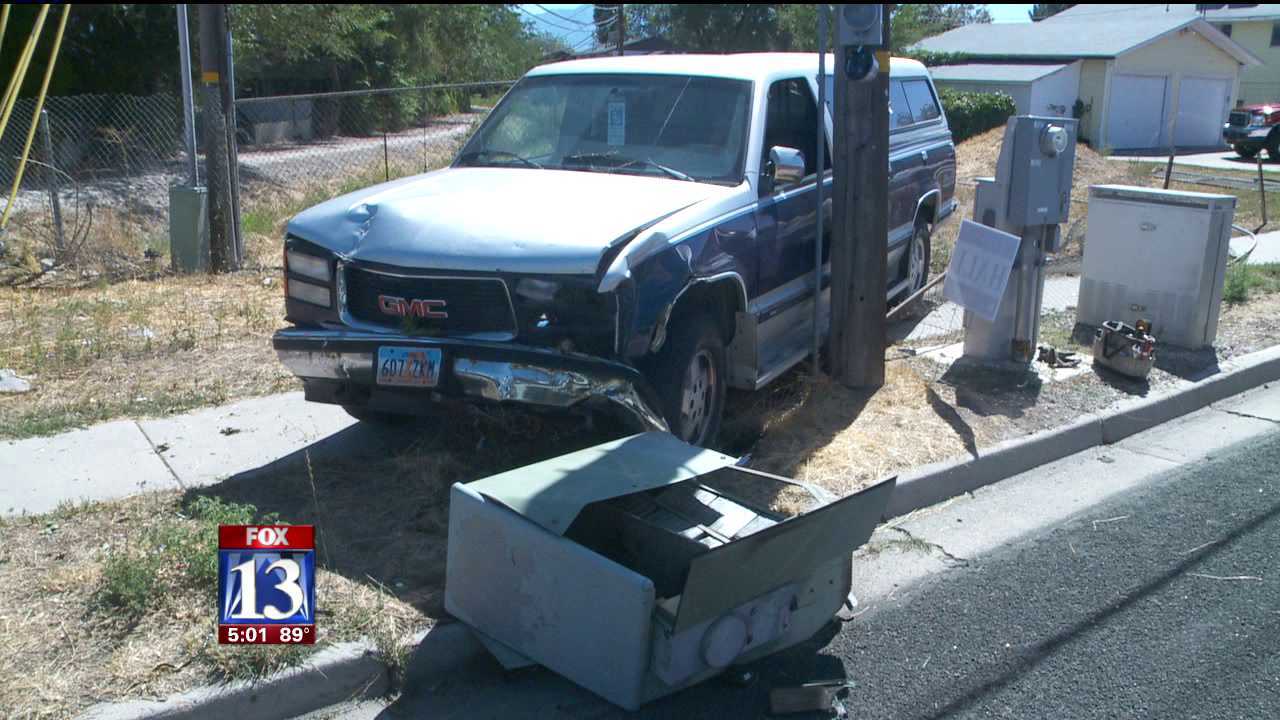 WEST VALLEY CITY -- Police say an elderly driver inadvertently caused a lot of damage after veering off the road a few times and crashing through a front yard in West Valley City before noon Tuesday.

The truck finally came to rest on top of a cable TV power box, narrowly missing a small canal.

West Valley Police say no one was injured including the driver, who is in his late 80s.

Police say although no one was hurt, a trail of damage was done along 4000 West and 4400 South that backed up traffic for several hours.

“We’re looking at about 100 to 150 yards worth of property damage. We got some shrubbery in front of a yard, a mailbox, [the damage] also included the fire hydrant and part of a fence,” said West Valley City Sgt. Mike Powell.

The crash rocked Jayne Erickson from what had been a relaxing, Tuesday morning.

“I was in the house, watching TV on the couch and boom, came out and here we go again,” Erickson said.

Erickson says that over the two decades she has been living in the neighborhood, it was the third such time an out-of-control vehicle has damaged her property. She has either had vehicles hit her home, or her yard was torn through.

Police are not sure what caused the crash, but do say the driver will be cited for failing to maintain control of his vehicle.

"There's some concern he may have fallen asleep, maybe even blacked out possibly at some point," said Powell.