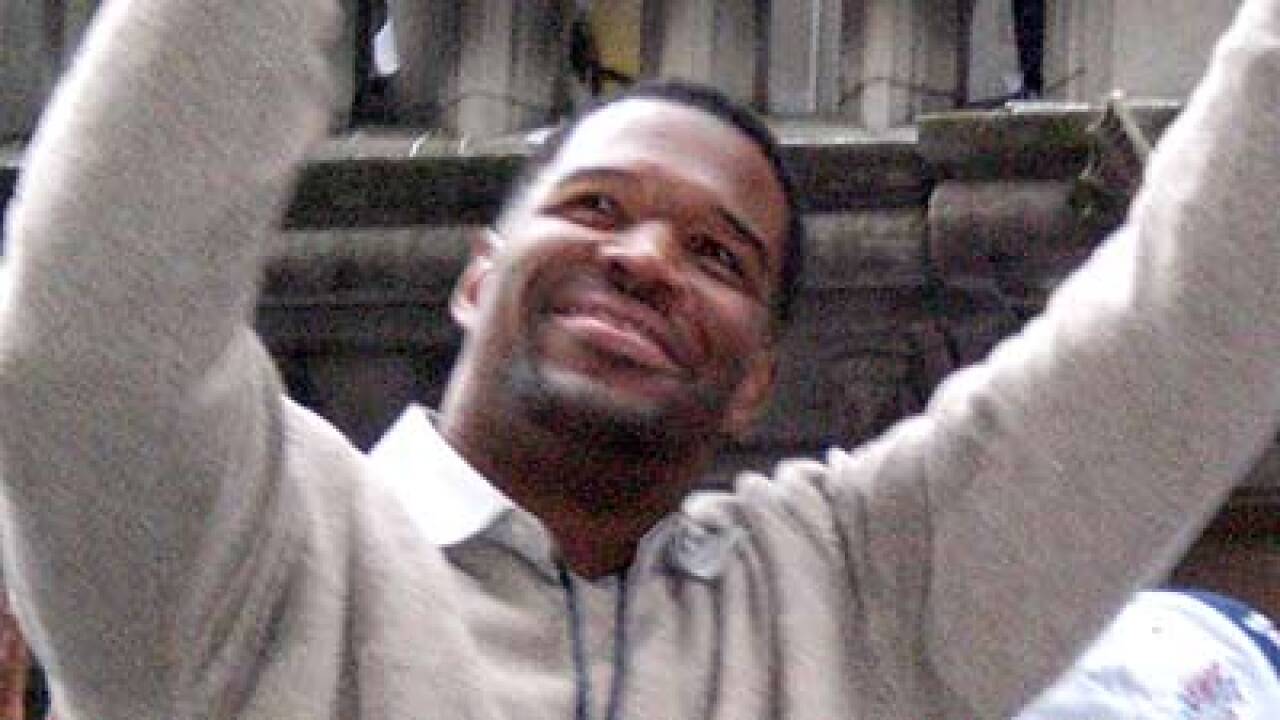 Ripa began Tuesday’s episode of “Live!” – now “Live! With Kelly & Michael” – solo, taking a moment to tease that the show has found its new guy, and to thank the audience for sticking with the morning show over the past several months.

“I’ve really been very fortunate, I’ve sat next to so many talented people,” Ripa said. “I have enjoyed every single solitary person except for, like, one,” she quipped. “Now it is time for a new era of our show to begin.”

A beaming Strahan then walked down a red carpet, greeted by confetti and a bear hug from Ripa. As the two gushed over one another, Ripa joked, “We’re like that insane couple from ‘The Bachelor.'”

“I adore you,” Strahan told his new co-worker. “I’m so happy to be here and a part of this. You know how you say it’s a dream come true? I truly can’t say that because I didn’t even know I could dream this.”