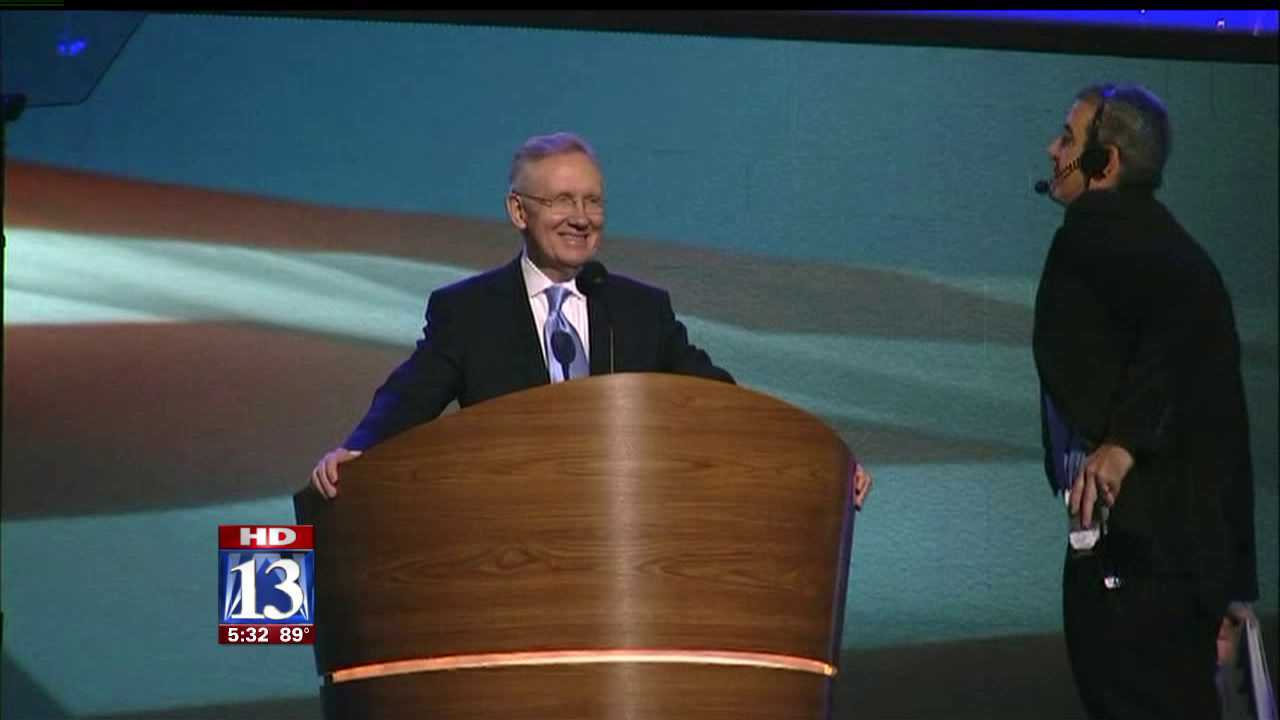 While Senate Majority Leader Harry Reid is in Charlotte, N.C. for the Democratic National Convention, he took time to convene with his fellow Democrats of LDS faith.

In a meeting hosted by the Utah Democratic Party, the  LDS Democratic caucus discussed how their faith and political motivation go hand-in-hand.

Reid said on Twitter that he supported President Barack Obama because "he shares my LDS values: compassion, opportunity, respect."

And in the realm of compassion he pointed out what the opposing party typically believes  that runs counter to his religious morals.

"Polls show 60 percent of the GOP think the poor are so because they're lazy. That's why I'm LDS and a Democrat," said Reid.

Back in Utah, Sen. Ben McAdams, the founder of the LDS Democratic caucus, said he wanted a forum where like-minded LDS members could meet to help dispel what many assume that if one is of LDS faith, the political ideal would be Republican.

"We got together and decided and decided that there needed to be a place for Mormon Democrats to get together so we could have some comradery and also work to show other Utahns that there's something about Democrats that we should look at," said McAdams.

So why isn't he at this meeting in Charlotte the movement he started takes a national stage?

"We are two months away from a critical election so I decided it was important for me to be here on the ground talking to voters," said McAdams.

McAdams also shares a similar belief system as Reid when it come to how his faith is tied to his party affiliation.

"I've long said I'm a Democrat not in spite of my faith but because of my faith," said McAdams.