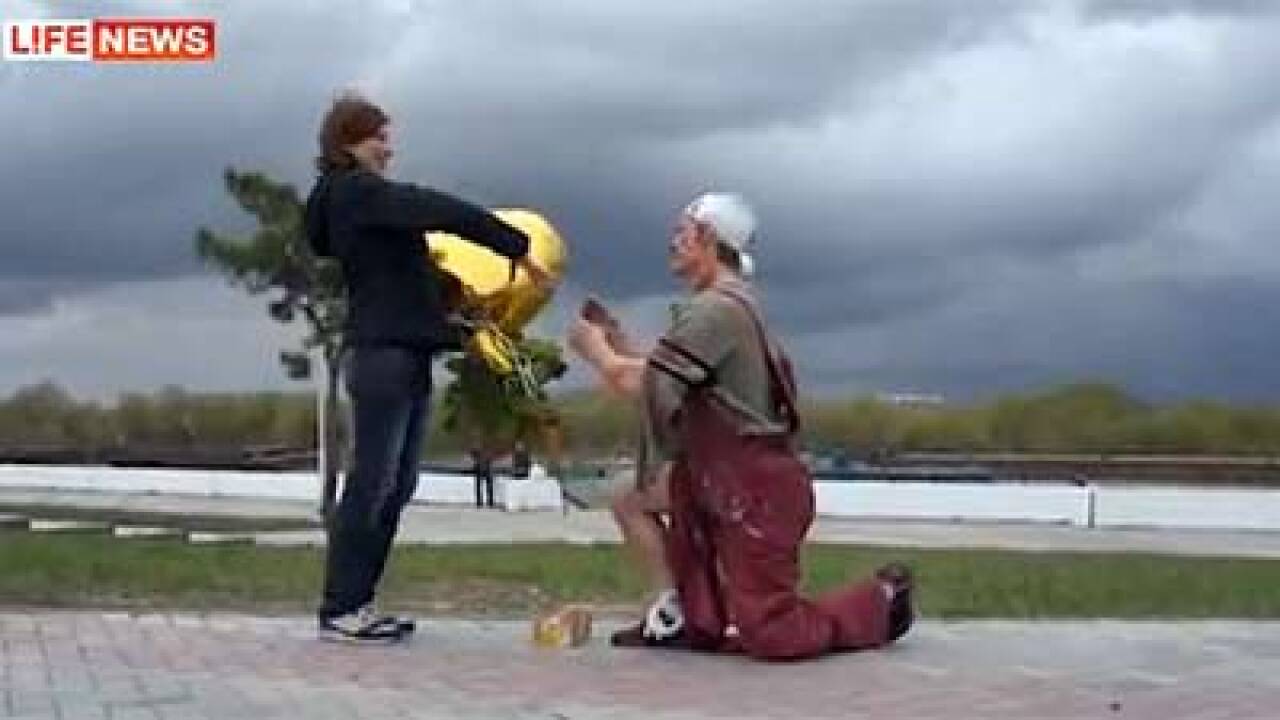 A Russian business man found a unique way to propose to his girlfriend. According to Business Insider, he faked his death.

He said he wanted his girlfriend, Irena Kolokov, to realize how empty her life would be without him.

Kolokov initially reacts with anger, but does accept his proposal, according to Business Insider.