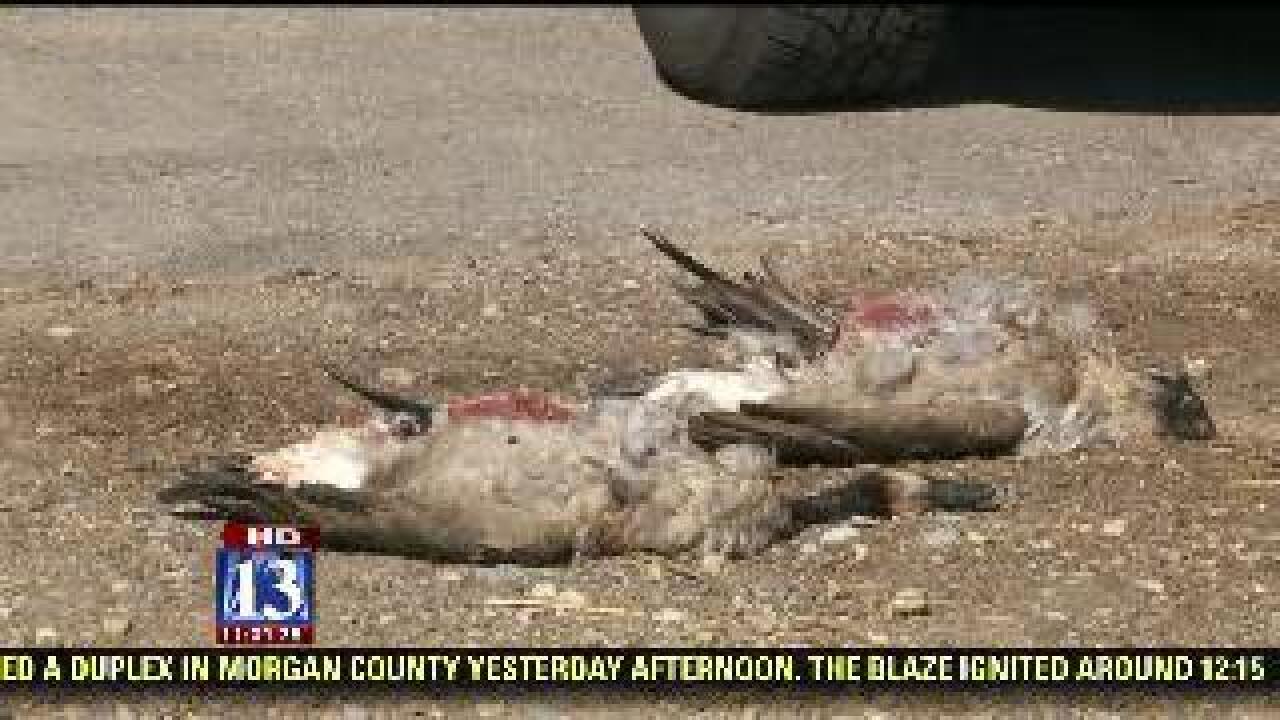 DRAPER, Utah -- Officials are investigating how several gutted Canadian geese ended up in the middle of the road in Draper.

Conversation officer Ray Loken said the birds were discovered by a Draper City Police officer and were in a fairly advanced stage of decomposition, indicating the birds had been dead for several days.

"At this point we really don't know the cause of death on these birds," Loken said. "Water fowl season has not begun yet, so the fact that we have 10 dead geese along the roadway is rather unusual for this time of year."

The birds are protected on the federal and state level.