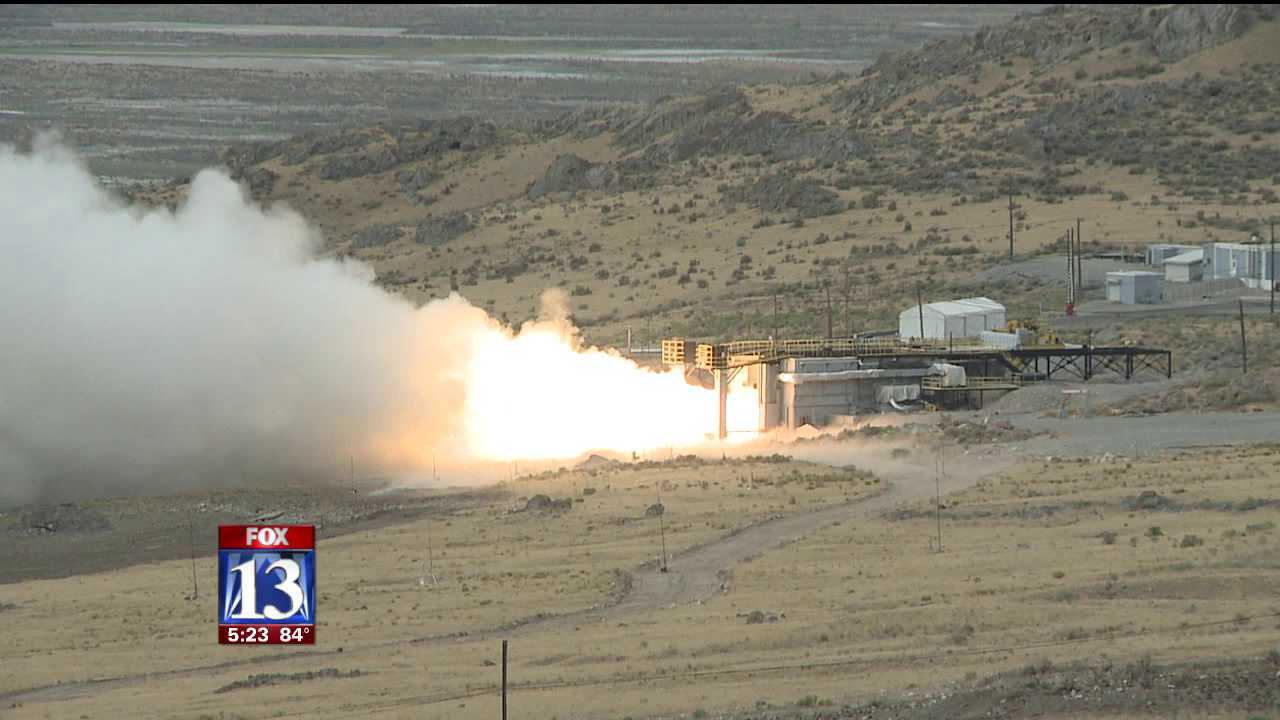 ATK, along with the United Launch Alliance, also tested a 53-foot long motor that shot flames through the nozzle for over a minute.

"ATK often does testing at their site here in Promontory. Employees say it never gets old seeing those rockets light up the skyline. A lot of work goes into it and it really is science you can see, hear, and feel,” said John Slaughter, ATK’s Vice-President of Commercial Programs.

ATK says they manufacture the nozzle that will be used to launch satellites into orbit. However, the nozzle was put under a unique stress.

“We're doing it under some very challenging test conditions, very cold temperatures, the rocket's been chilled down to 30 degrees,” said Director of Strategy and Development Hal Murdock.

A successful launch means they can start building the new nozzles, increases their profitability and make them more competitive for business.

"We're under those same kinds of pressures, it's getting tougher and tougher to do as the numbers of launches reach a point, that's what we would consider historical minimums for launch. But ATK is doing well as a company, we're sizing our facilities and our workforce to meet those demands,” said Murdock.

Engineers will have to review data before they begin production of the new nozzles. But so far they say everything looked, sounded, and felt like it should.