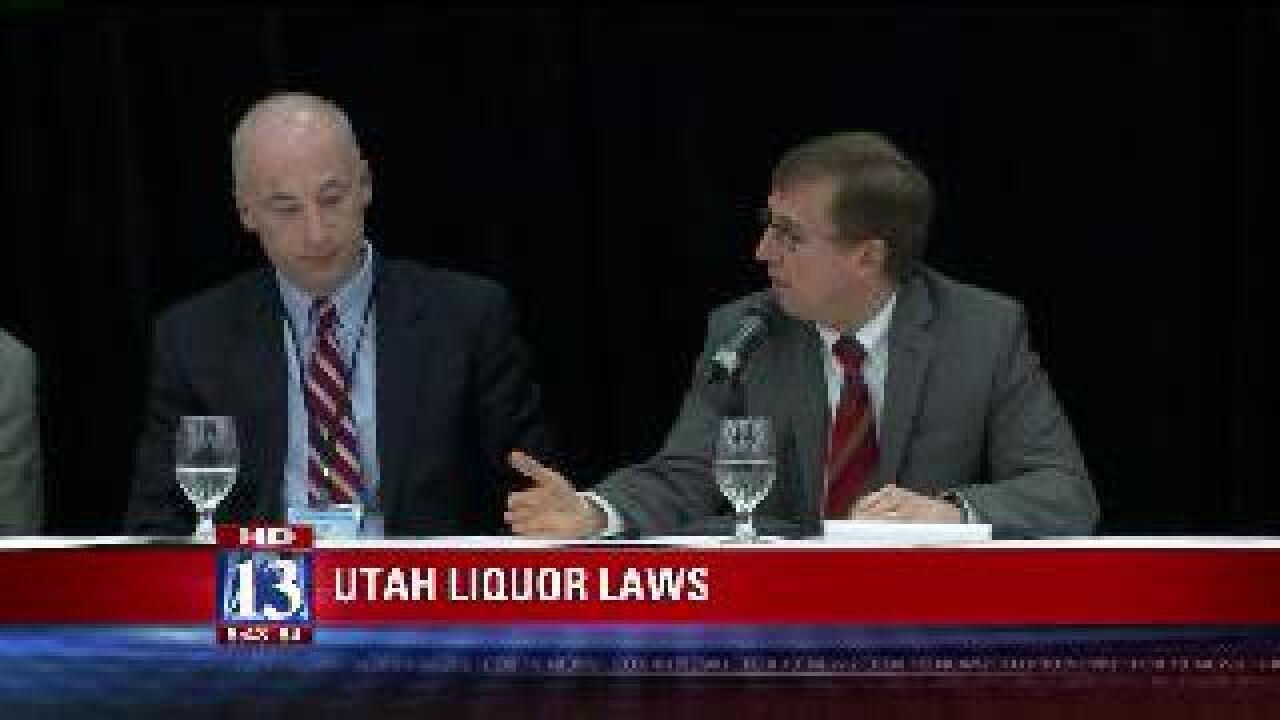 Utah Attorney General Mark Shurtleff and the Utah County Dept. of Drug and Alcohol Prevention and Treatment hosted the summit Thursday to talk about alcohol policies and its effects on economic development and public health and safety.

"After the last legislative session, there were 15 bills on alcohol policy and they were all over the board," said Richard Nance, the Utah County Dept. of Drug and Alcohol Prevention and Treatment's director.

Utah has one of the toughest regulatory systems in the nation, said Pamela Erickson, a former Oregon Liquor Control Commission director who advocates for state control.

There has been some discussion on Utah's Capitol Hill about liquor privatization. But Erickson told lawmakers there are social benefits to control.

"MADD (Mothers Against Drunk Driving) rates you number one of all the states. You have the best record, according to MADD. Your underage drinking rates are some of the lowest in the nation," she said. "My advice is don't mess with success!"

Alcohol industry representatives also spoke about working together with lawmakers to have responsible regulation.

"Alcohol is unique," said Paul Pisano with the National Beer Wholesalers Association. "It's the only product that has two constitutional amendments. Specifically, one time we said it was a great idea to make it illegal. Bad idea. Let's make it legal, but let the states figure out how to regulate it, and it's worked."

Some lawmakers took the session as a validation of Utah's strict control of alcohol.

"The interesting thing that I've seen today is a verification that Utah is kind of doing it right," said Sen. John Valentine, R-Orem.

Valentine is planning a number of bills dealing with liquor in the pending legislative session. Some deal with licensing for restaurants. Many businesses have complained that they cannot locate to Utah because of its lack of liquor availability.

"If you look at what you have to pay out for the social costs versus what you receive in for the taxes, those balances don't occur," he said. "It is costing you more to have that accessibility."