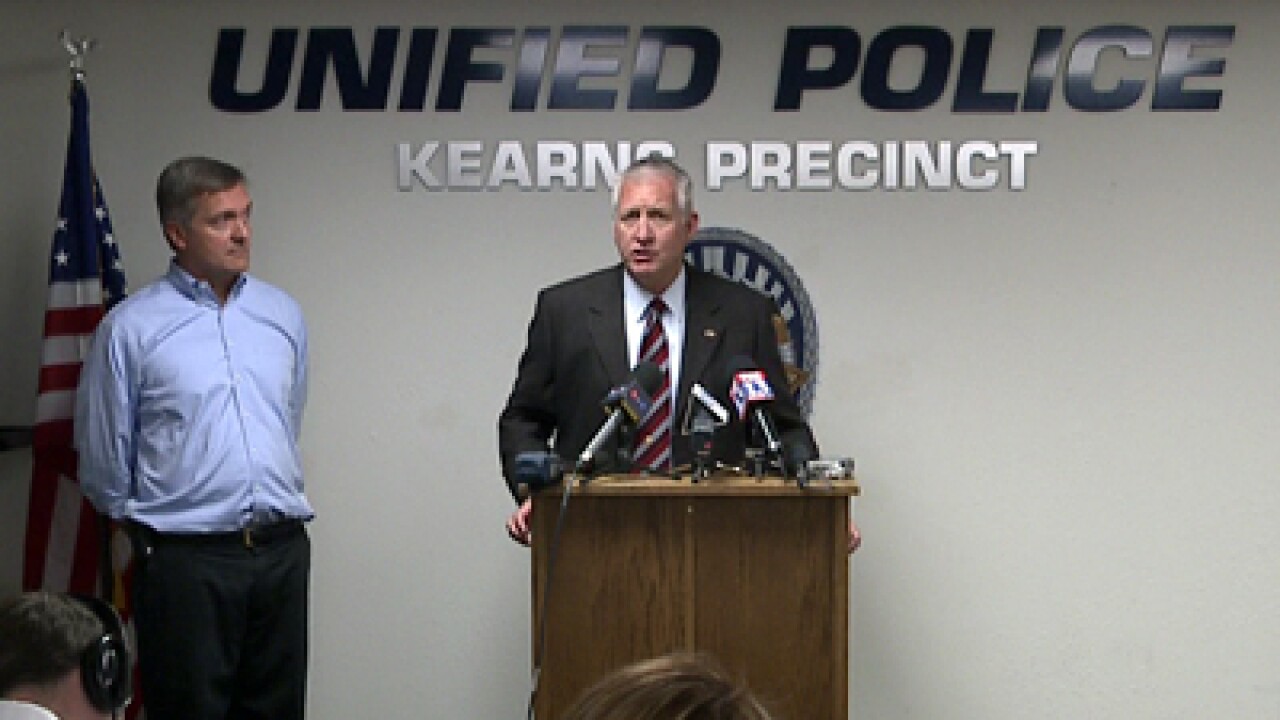 Matheson says that as mayor of Saratoga Springs, Mia Love cut the police budget and crime in Saratoga Springs rose by 400 percent. He says cutting federal grants and the law enforcement budget in Utah would put citizens in danger.

“I deal with cops all over the state. They are unanimous that these programs keep us safe.  They put more cops on the beat, they provide officers with bulletproof vests and support anti-gang and anti-drug task forces,” said Matheson. “My opponent simply doesn’t get it. Her policies are reckless and dangerous.”

In a response, GOP chair Thomas Wright said, “You have heard Jim Matheson today attempt to distort and divide Utahns on an important discussion about federal deficits and runaway spending – turning it into an argument about not supporting law enforcement. It is classic liberal strategy of creating a false argument in order to demonize a challenger.”

The statement from the Love campaign did not address the specifics of Matheson’s critiques.