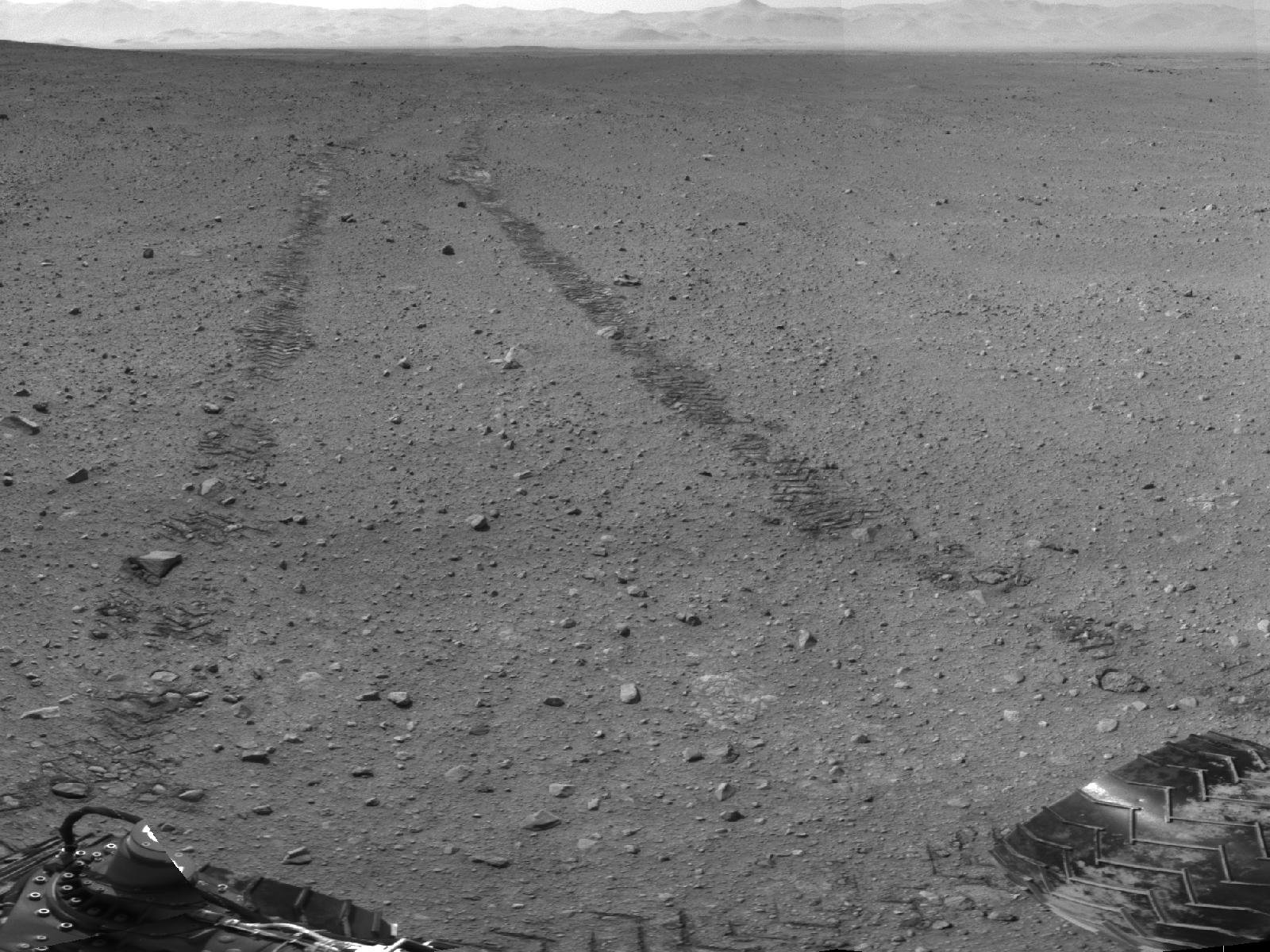 (CNN) — Fashion Week has begun in New York, but for space enthusiasts, the most exciting glamor shots are coming from Mars.

The much-celebrated rover Curiosity has so far strutted 109 meters (358 feet) on the surface of the Red Planet, according to its odometer, and she’s looking great, NASA scientists say. The 2000-pound SUV-sized rover has been on the surface of Mars for about one month, and operating as expected.

“There have been no significant anomalies or wild cards thrown in where the performance on Mars differed significantly from the Earth,” said Michael Watkins, Curiosity mission manager at NASA’s Jet Propulsion Laboratory at a news briefing Thursday. “That’s a real testament to the engineers that developed the system.”

A new photo from the rover’s camera on the mast shows off the rover’s arm against the spectacular Martian landscape.

On the arm is the MAHLI camera, with resolution so great that it can resolve down to the grain of talcum powder, said Aileen Yingst at Thursday’s NASA news briefing. Yingst is the deputy principal investigator for Curiosity’s Mars Hand Lens Imager at the Planetary Science Institute, Tucson.

All that separated this camera’s lens from the Martian environment was a dust cover, which appears to be intact. That means even higher-resolution images from the Red Planet may come through soon.

“We’re just completely and totally enthralled and excited by this image,” Yingst said.

Another new photo shows the rover’s tracks from its first drives on Mars, as seen from the HiRISE camera on NASA’s Mars Reconnaissance Orbiter. Scientists can get insights about how changes on the Martian surface, as dust is deposited, by examining these tracks over time. HiRISE also took an image of the parachute and back shell that helped Curiosity arrive safely.

Curiosity made a dramatic landing on August 6 in a complicated maneuver involving a large parachute and a sky crane. Scientists and fans watched the live NASA feed from the Jet Propulsion Laboratory as mission specialists confirmed the touchdown. The landing site has been dubbed Bradbury Landing after science fiction author Ray Bradbury.

In the interim, researchers have been checking out the many different instruments on board Curiosity. The rover also did a test drive in August and has moved away from the landing site. Now, everything except for the arm and sampling system is already operational, scientists said.

The rover is currently 82 meters (269 feet, measured as the crow flies) from Bradbury Landing. It will remain there for about another week while scientists continue testing. In about a month, scientists plan to have Curiosity scoop up some Martian material.

Because the rover is taking images as it goes, planners can determine whether it’s making progress and how much slippage there is. It appears that there is very little slippage going on, Watkins said.

Curiosity’s next destination is Glenelg, a site with three types of terrain, including layered bedrock, that may be a prime target for drilling.

Ultimately, the rover will end up at Mount Sharp, about 3 miles high and composed of hundreds of layers of rock that built up over time. As the rover climbs, it will sample different layers to investigate signs that life could have once existed on Mars.