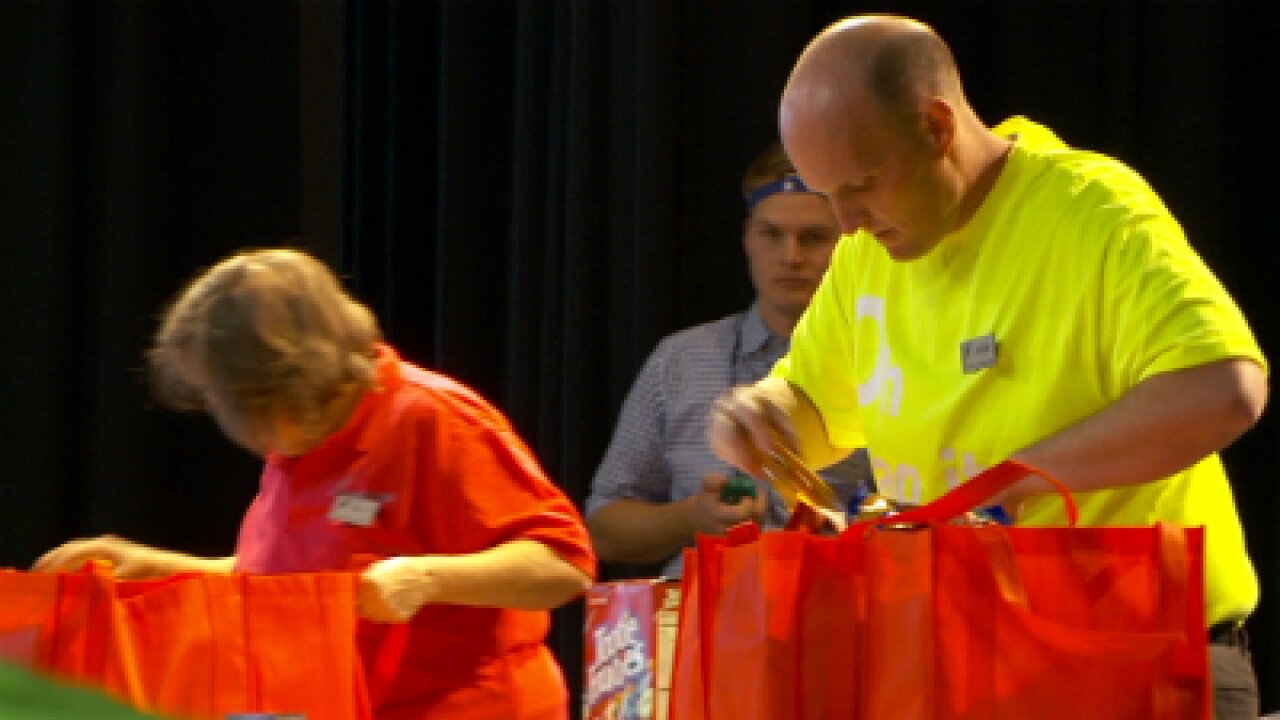 WEST VALLEY CITY, Utah – Thirty-two baggers from 16 Harmon’s grocery stores were in West Valley City on Thursday to see who is the best bagger.

Owners Bob and Randy Harmon, plus contestants’ family and friends, were on-hand to watch the “Best Bagger” competition.

“We have our best baggers from each store here to compete in speed and technique in bagging. And then the best from our store will go to the Utah bagging competition,” said Mariah Christensen, one of the judges.

Those involved say there is a lot of technique behind bagging groceries. Judges look for cans and jars at the bottom of bags, no glass items touching, with filler items in between and crushable items on top. Contestants should also aim for each of the bags to be about the same weight – about 12 pounds – so they have to judge which items will be lighter or heavier.

“There are six judges and we just judge on speed, on accuracy, on technique with the bagging and on appearance and attitude with our contestants today,” said Christensen.

The two winners will move on to the statewide bagging competition. The winners of that challenge will proceed onto a national competition with a chance of winning cash and prizes. The top three baggers at the Harmon’s competition also got trophies and up to $300 cash.