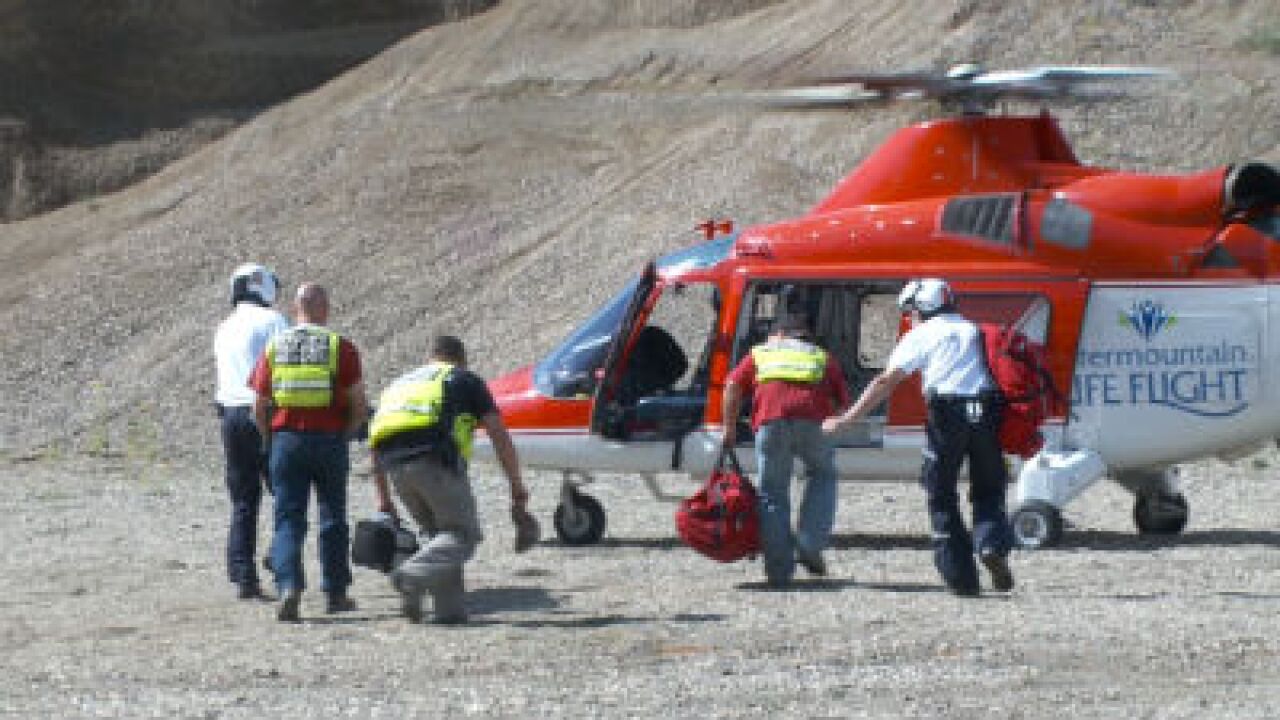 Box Elder County Sheriff Lynn Yeates says 28-year-old Kevin Curtis and 30-year-old Timothy Myers called for help on Saturday after falling off one of the Three Peaks and were stuck on the ledge of a cliff.

"They were on an 18-inch ledge and rocks were falling from above them for whatever reason," Yeates said.

The Box Elder County and Weber County Sheriff's Offices and Lifeflight worked together to get the men off the mountain Saturday, but difficult terrain prevented them from reaching the men before dark and the operation was suspended for the night. The men were provided with food and water and spent the night on the mountain.

"The search started last night about 5:30. Due to extreme weather conditions and darkness we were unable to get them off the mountain," Yeates said. "We talked to them on the phone about every two hours."

Early Sunday morning, a Lifeflight helicopter and a hiking team were sent up the mountain, a trip of between two and three hours. Rescue crews were unable to hike up the same path as the stranded hikers because the terrain was too unstable.

Crews were able to reach the two men on Sunday afternoon and Myers, who had suffered broken toes and a dislocated shoulder, was hoisted off the mountain via helicopter. Curtis wasn't injured and walked out with search and rescue crews.