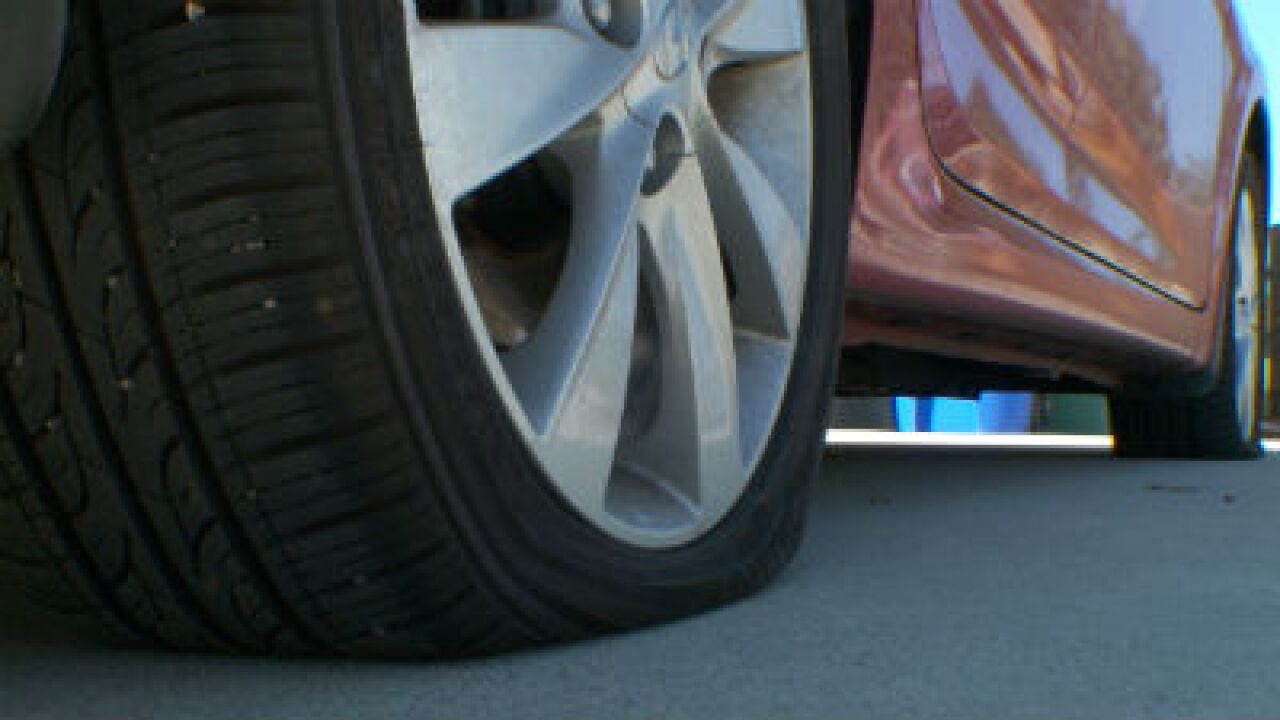 WEST JORDAN, Utah - A West Jordan neighborhood is the target of heavy vandalism for the second time in one week as dozens of tires were slashed on Friday night.

Police say dozens of victims in the neighborhood near 4800 West and 8200 South have come forward saying their tires have been slashed. Some had more than one car damaged and others had all four tires slashed.

"It's all the way around the nieghborhood and it's insane," said Richard Hull, a victim of the tire slashing. "The tow truck driver said 148 houses got hit last night."

JC Holt, West Jordan Police Dept., says that there was a similar incident over the holiday weekend with residents of the same neighborhood having tires slashed on Monday and Tuesday.

"It's my understanding that some of those victims that were affected during that have been affected again during this incident," said Holt.

One homeowner with a surveillance camera may have caught a suspect on video. Tad Reid says the young man caught on tape was about 6 feet tall and wearing a light-colored hoodie walk onto his property at around 2:20 a.m.

"I see him walk across the street, look in my son's car, walked through my things," said Reid.

The suspect tried to open locked doors in the driveway before making his way back to the curb where tires were slashed.

Police say they've collected some evidence from the neighborhood where the crime spree took place and residents say more surveillance cameras are being installed.

Holt says that with the total cost of damages as high as it is, the suspect will likely face a felony charge.

Anyone with information about the suspect or the incident is asked to contact the West Jordan Police Dept.