Utahns strip to their skivvies for a cause 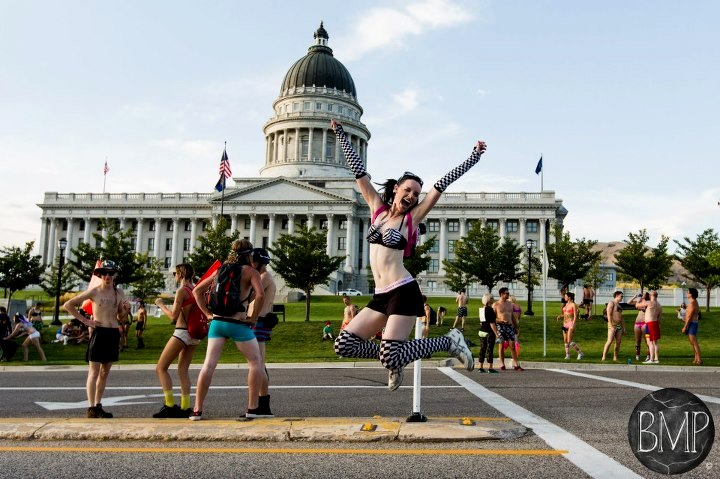 SALT LAKE CITY – More than 3,000 Utahns stripped down to their skivvies for a run down one of Salt Lake City’s busiest streets in an effort to break stereotypes about Utah.

Organizers created the Undie Run last year to change perceptions about Utah as being uptight.

“I really want to change the world’s perception of Utah. If you travel around and people find out you’re from Utah, they say you’re uptight or stuffy and what better way to do that than an undie run,” said Nate Porter, organizer of the Undie Run.

An estimated 2,200 people ventured from the Downtown Library, down State Street and to the Utah State Capitol last year, setting a World Record.

“It’s the record for the largest gathering of people in their underpants or knickers,” Porter said at this year’s run.

Sunday’s run was even bigger, and Porter says more people dressed up in unusual costumes this year, including men dressed in drag, a green man and even some dogs donning some undies.

But for some participants, it was about more than just running in underwear, but about sharing their views on politics, religion and other issues.

“Everyone’s the same when you’re down to your skivvies,” said participant Renata Sprung.

Some participants donated their clothes to benefit local homeless shelters.

This year’s run broke the world record again with 3,316 people running in their undies.