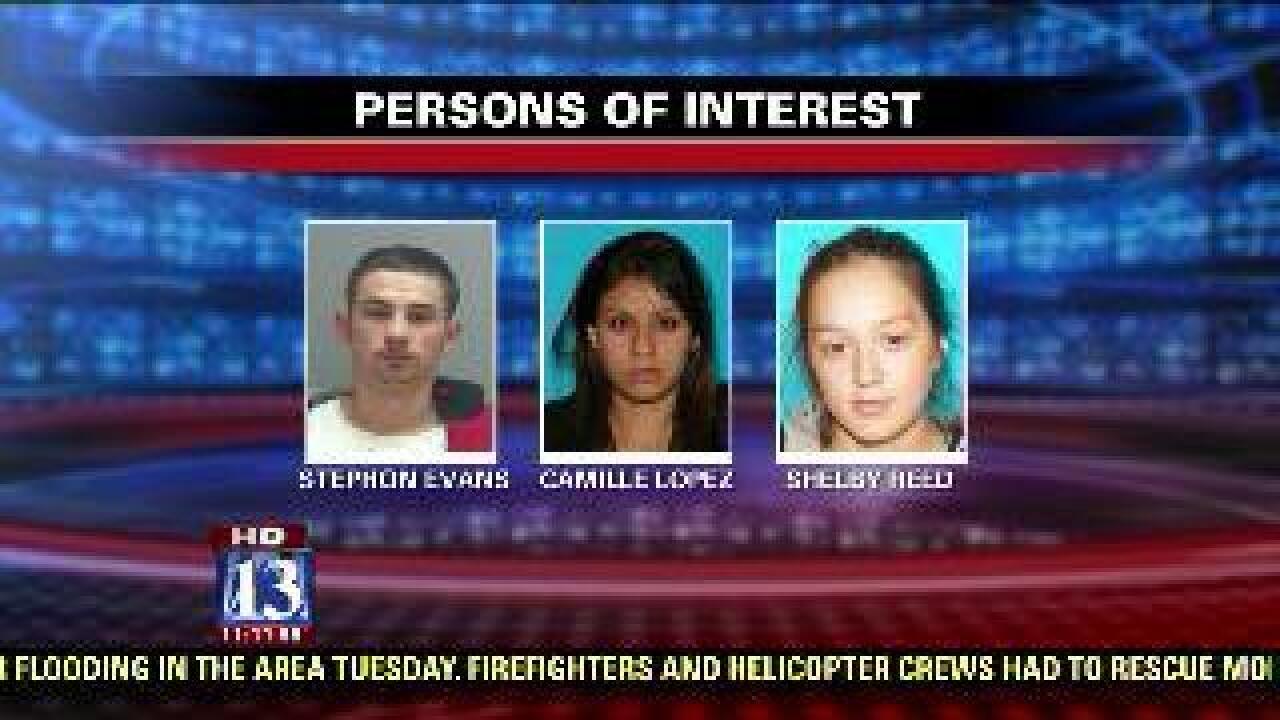 SALT LAKE CITY --Salt Lake City Police are looking for two more individuals they say may be involved in the August murder of a teen in Salt Lake City.

Frank Reyos, the man police believe is responsible for Winston's death, was arrested after leading police on a high-speed chase.

Salt Lake Police say officers from multiple agencies pulled into a hotel parking lot Tuesday night when they saw Reyos and a female passenger in a vehicle. Police say the suspect vehicle rammed one of their squad cars when officers surrounded the car.

"Officers tried to pin this vehicle in so that they could apprehend the suspect, but he decided to take that vehicle and ram it into one of our officer's cars," said Sgt. Shawn Josephson.

Police pursued the vehicle and administered a "pit maneuver" causing the suspect vehicle to crash at 900 West and 1000 South. Both Reyos and his passenger were taken for medical treatment.

The female passenger with the suspect is said to have minor injuries and will be questioned in the homicide case as well.

"We don't have details as far as if they're in hiding or what their circumstances are. If they hear this, we would love them to come forward on their own. We are asking for anyone with information about them to provide us that information so we can gather the details we need in this investigation," said Josephson.