Town applies for federal funding to help with flood cleanup

SANTA CLARA, Utah -- Santa Clara is cleaning out mud and debris Wednesday, a day after a dike broke, damaging homes and businesses.

Santa Clara, a town just outside of St. George, has been declared a disaster by city leaders. The town's main street, Santa Clara Drive, has reopened and children are back in school on Wednesday.

About 25 to 35 homes have been damaged. Rick Rosenberg, mayor of Santa Clara, says the city has applied for federal funding to assist with the cleanup.

"We have the NRCS, the National Resource Conservation Service, is coming [Wednesday]. They will meet with us, we will look primarily at the detention basin and the dam and talk about possibly some emergency funding to help put that back into place," said Mayor Rosenberg. 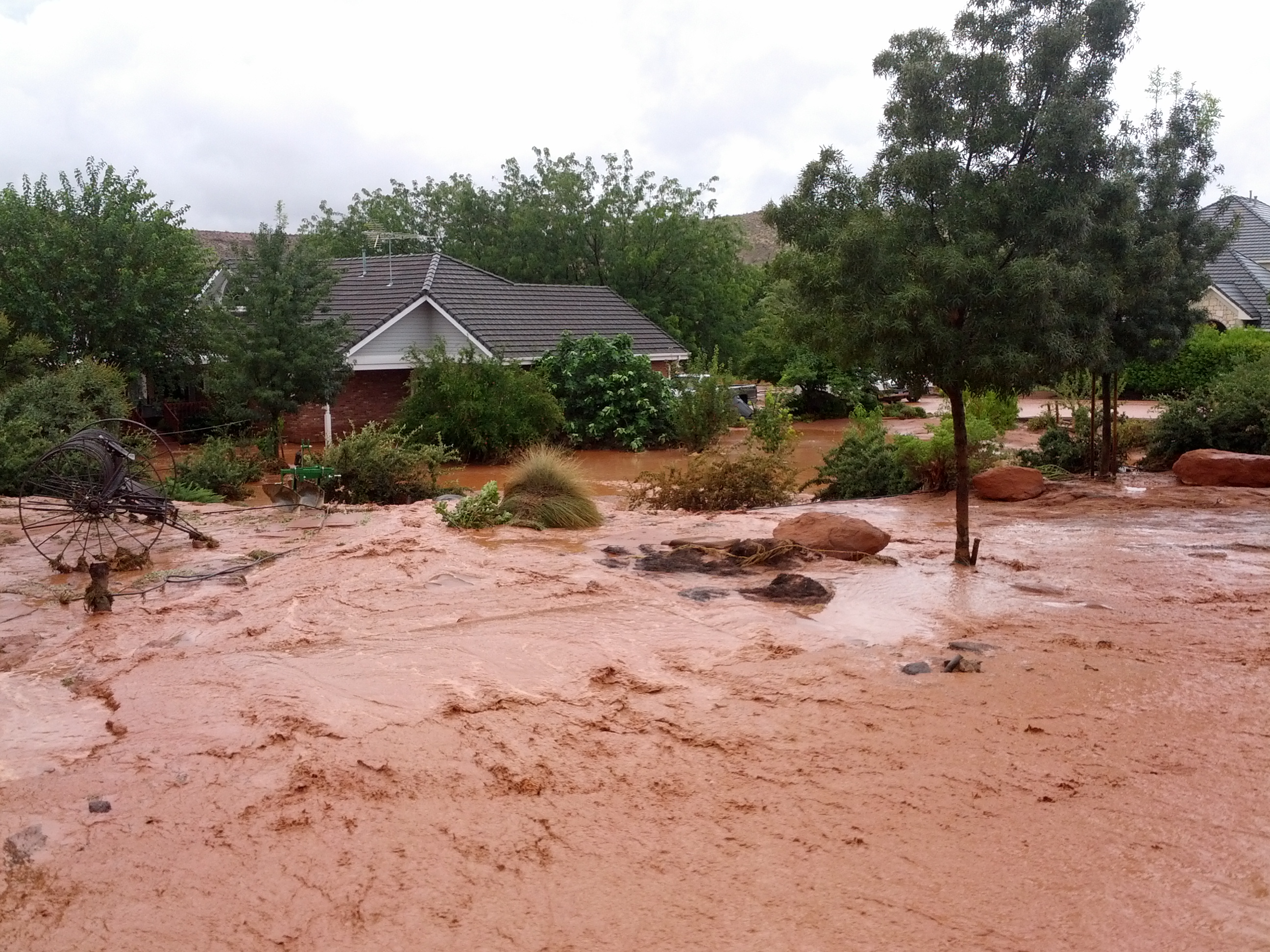 The dike was holding back water like a detention pond would do and simply got overwhelmed when thunderstorms came through, said Santa Clara City Manager Edward Dickie.

"We never thought that dike would break like that," Dickie said.

He  said that with the large amount of water that washed through, they can mitigate any potential flooding in the future with sandbagging.

Dickie says residents were allowed back to their home to assess the damage. He says that the Utah Red Cross has come in to help families with shelter and food.

More details in the video above. Watch for updates on Twitter under the hashtag #utflood and #SantaClaraFlood. @GeneKennedyNews will tweet updates.