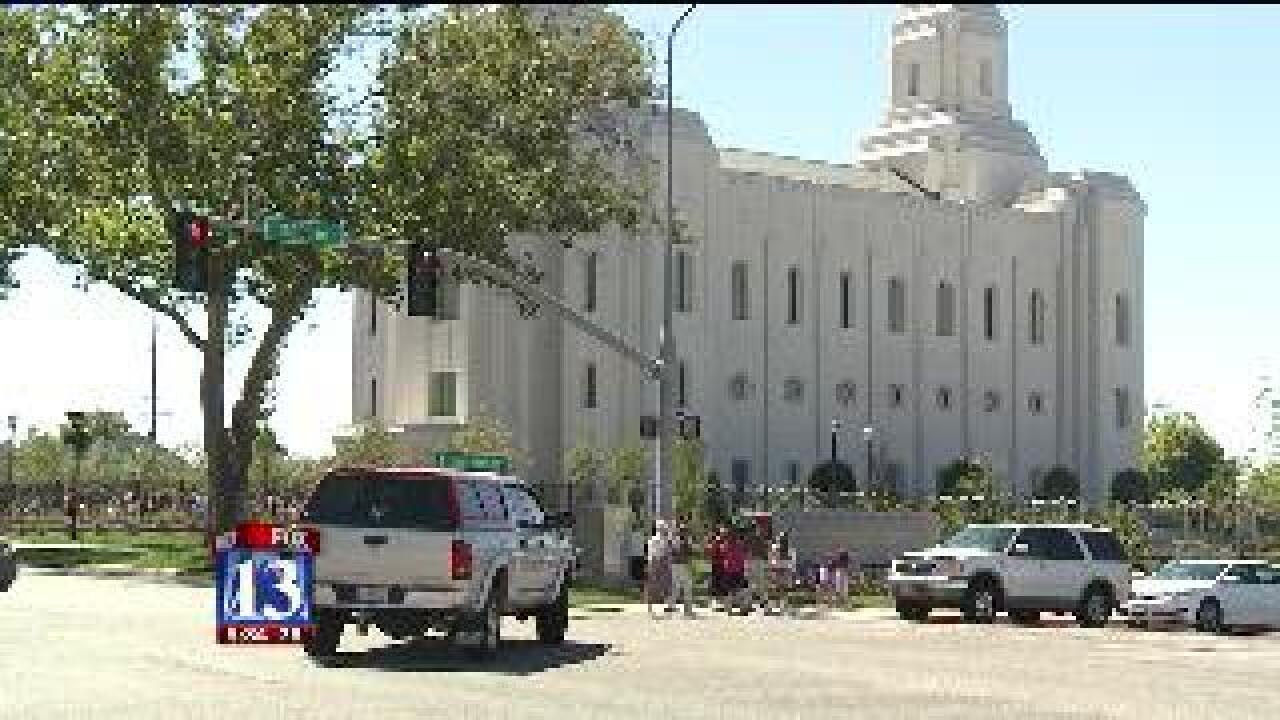 BRIGHAM CITY, Utah -- The American Civil Liberties Union is suing Brigham City on behalf of a Christian church after members from that church were barred from passing out flyers on sidewalk areas near a temple for The Church of Jesus Christ of Latter-day Saints.

The Main Street Church of Brigham City intended to distribute flyers on the sidewalk near Brigham City's LDS temple during its open house. They say when they obtained a permit under the city's free speech zone ordinance on Aug. 20, they found out they could not be on the sidewalk areas where most people walk to and from the temple.

Eric Johnson, with the Mormonism Research Institute, says he has passed out information at other LDS temple open houses, but this is the first time he had been ordered off of public sidewalks.

"We've been limited to certain streets that are away from the people so we can't get the information of the newspaper out to their hands and that's been very frustrating because the first amendment says we should have the right to be able to have free speech," Johnson said.

Free speech zones are set up on roads north and south of the new Brigham City Temple, but a city ordinance allows City Hall to restrict where protesters can go. It is that law that members from the Living Hope Christian Fellowship and the ACLU say is unconstitutional.

The ACLU filed the lawsuit Tuesday asking the court to prevent the city from enforcing the law.

"We have a real problem with any individual in the United States having to go to the government for a permit to speak in a public place. We feel that is wrong," said John Mejia, a spokesman from the ACLU.

Brigham City released a statement in response to the lawsuit saying:

The City`s free speech zone ordinance was developed by city officials and city attorneys based on Utah laws and other municipalities` ordinances throughout Utah. To Brigham City`s knowledge, this ordinance has been upheld as constitutional by the courts.