EXCLUSIVE: EnergySolutions exec not to be on Radiation Control Board 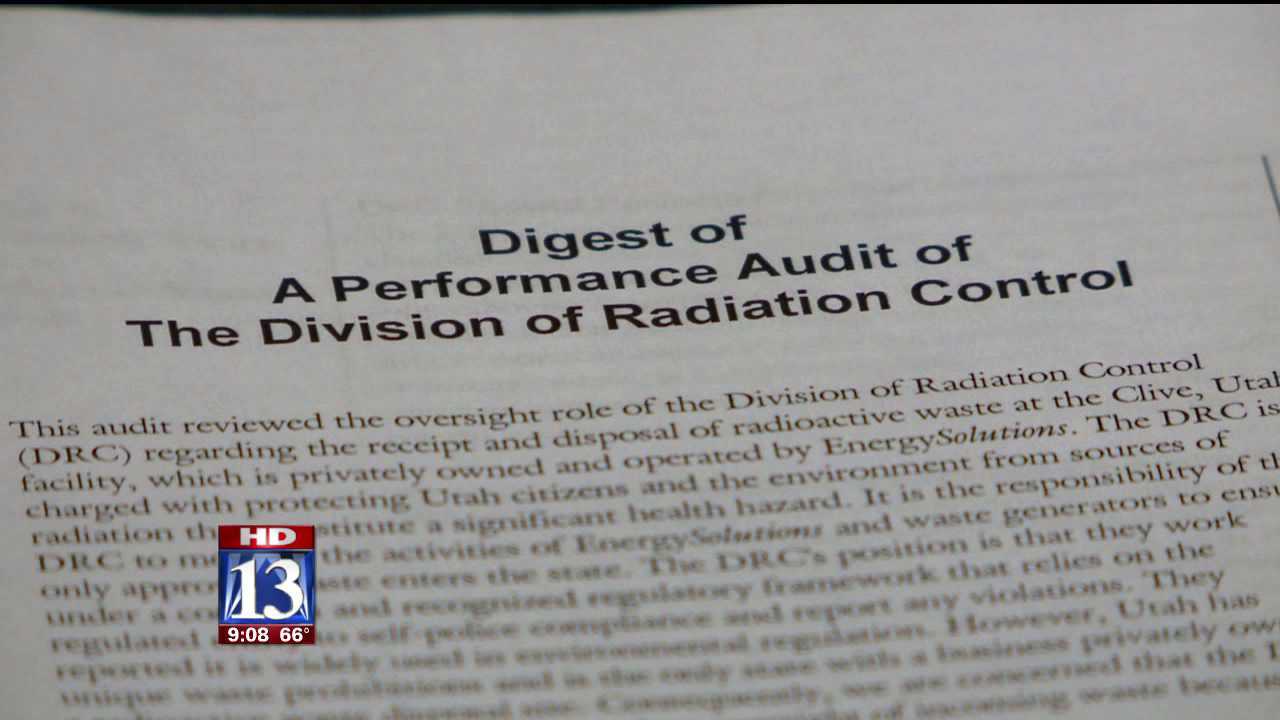 SALT LAKE CITY -- Governor Gary Herbert nominated EnergySolutions Regulatory Affairs Committee Vice-President Dan Shrum to the Radiation Control Board. But on Tuesday the Governor released a statement saying he would reconsider the nomination.

A day later, FOX 13 learned Shrum is taking his name out of consideration.

The dominoes fell after a state audit was released several days ago, which revealed some major flaws within the Division of Radiation Control when it comes to policing EnergySolutions and the radioactive waste they bury at its Clive facility in Utah.

"We have been very clear that we want A-level waste only; we've specifically excluded B and C waste and now we find that some of that is coming into our state and that our radiation control board isn't finding it," said Utah Senate President Michael Waddoups. "We're relying on EnergySolutions to find it."

The environmental group HEAL Utah, a vocal critic of EnergySolutions, also blasted the decision to put Shrum on the board -- which will have nine new members this year.

Fox 13 sources say the controversy surrounding Dan Shrum's nomination would be a distraction and think the Radiation Control Board would be more productive without him.

The challenge now will be finding another radiation waste expert for the board. State law requires the position be filled by someone with that kind of expertise.

The Governor's spokesperson released a statement late Tuesday night saying "The Governor invites eligible board candidates to apply with DEQ (Department of Environmental Quality) to ensure we have qualified nominees to forward to the Senate."