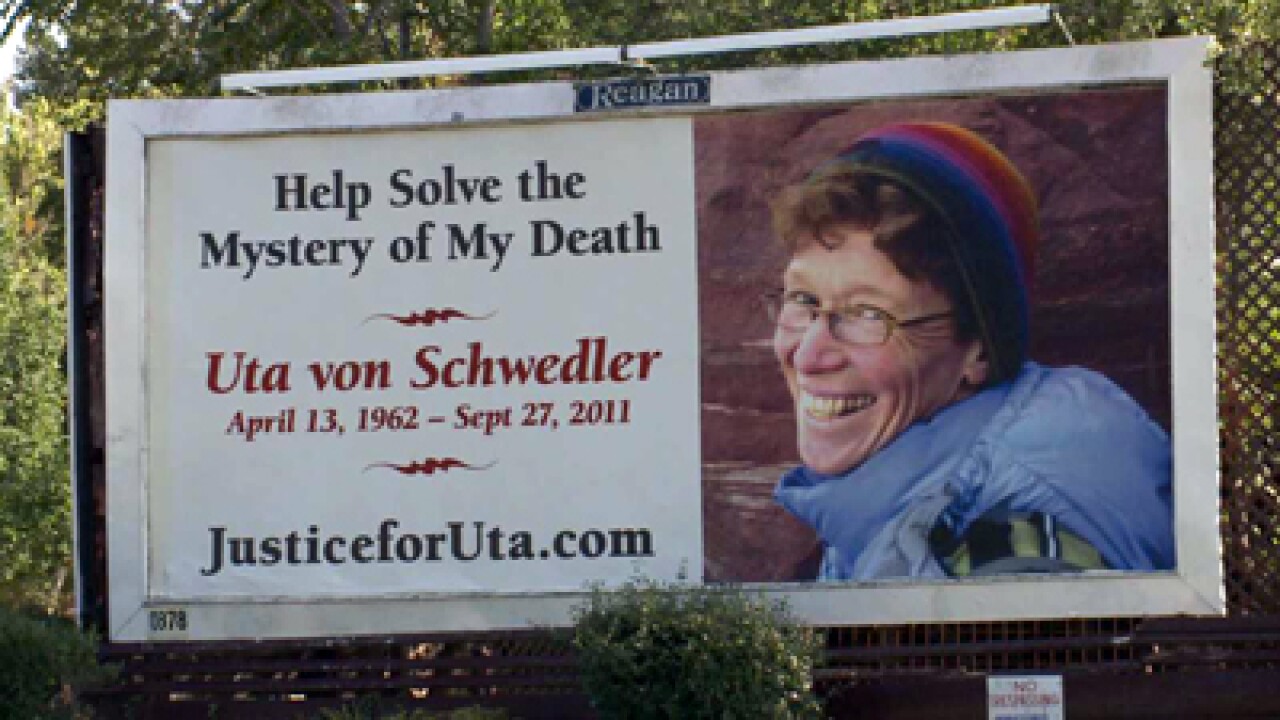 SALT LAKE CITY - A new billboard asking for information in the suspicious death of Uta Von Schwelder is in place in Salt Lake City.

Uta Von Schwelder was found dead in her bathtub nearly a year ago and police are calling her death suspicious.

A new billboard was recently erected at 1300 East and 700 South in Salt Lake City asking for information that can help figure out how she died.

The billboard features a photo of Uta and a web address, justiceforuta.com.