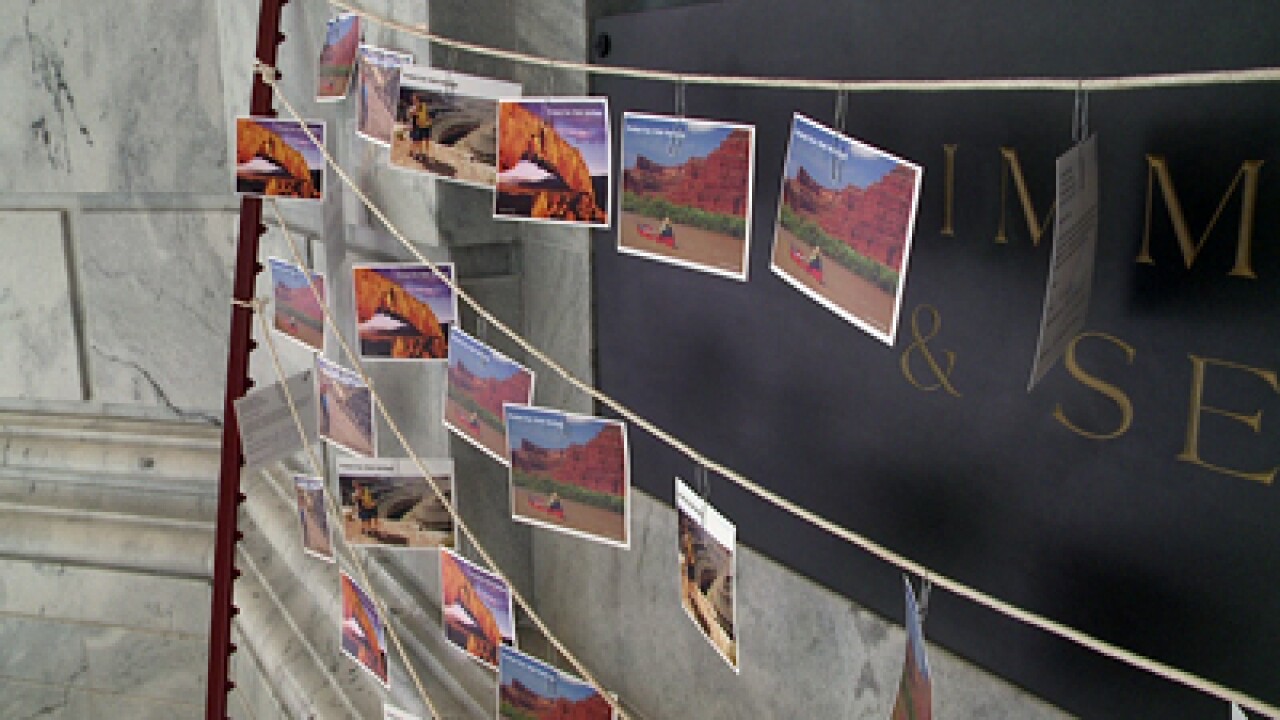 They gathered at the Utah State Capitol rotunda on Wednesday to talk about the damaging effects of Herbert’s policies and delivered a petition and postcards signed by more than 5,400 Utahn

Herbert signed and is promoting the Transfer of Public Lands Act, a state law that demands the federal government had over more than 30 million acres of public lands to Utah. The state would then sell or lease some of that land for development.

“The majority of Utahns are opposed to upending the way public lands are managed in this state for over a century. It’s a radical idea that will disrupt Utah traditions including hunting, fishing, camping and the use of public lands,” said Matthew Gross with the Southern Utah Wilderness Alliance.

In response, the Governor’s Office says the intent of the bill is to create a balanced and reasonable dialogue about public lands.

“The bill passed by the legislature and signed by the governor last session exempts some of the most pristine national parks and wilderness areas. They are protected from consideration,” said Ally Isom, Herbert’s spokesperson. “The intent is to generate a balanced and reasonable dialogue about public lands and its access and use and how we fully access those resources embedded in those lands at the same time protect the environment. We can have both.”

The Southern Utah Wilderness Alliance alleges that the land grab will cost taxpayers because it has a high probability of being declared unconstitutional, triggering a futile legal battle.