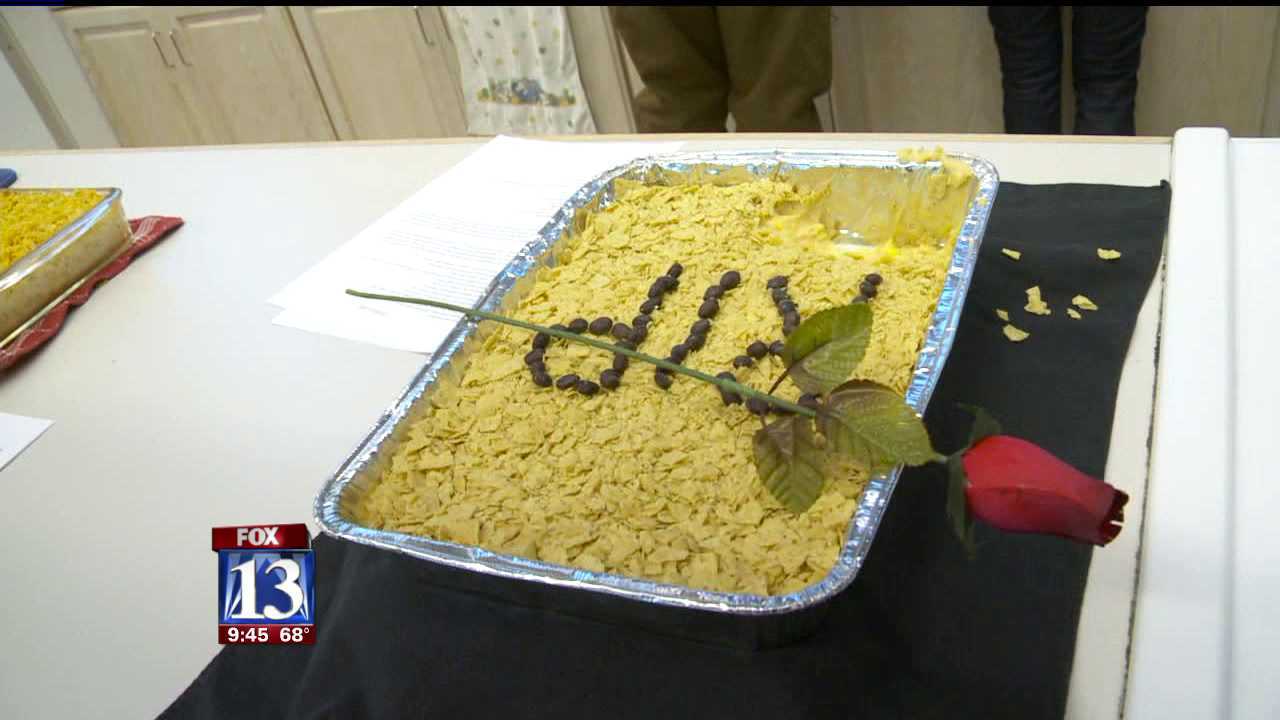 "Utah is known for funeral potatoes, Salt Lake, Mormons and green jello!" laughed Nancy Judd, as she pulled her famous "funeral potatoes with a kick" dish out of the oven at the Utah State Fair.

On Thursday, the fair crowned the best recipe out of six contestants who vied for the title.

"Funeral potatoes," also known as "Mormon funeral potatoes," have three key ingredients: potatoes, cheese and cream. After that, each dish has its own unique twist. Some add corn flakes, others have tortilla chips. Some put pieces of ham in them or chiles to spice it up.

No one discusses the fat or calorie content of the dishes.

"They have potatoes! Potatoes are vegetables, right?" Phillips laughed.

The origins of the dish are lost to history. Phillips said in other places they're known as "Church Lady Potatoes" or "Heart Attack Hashbrowns." They've become synonymous with LDS ward functions and, of course, funerals.

"Those gatherings where the families come together for a funeral and the community pitches in and brings dinner to the family that travels a long way, which is great," said Jed Christenson with Utah's Own, which sponsored the contest. "It's part of our tradition here in Utah. Thus the name, 'funeral potatoes!' "

If they aren't on the table, it can be a family scandal. Judd described an event where baked potatoes were served instead, leaving people wanting the real dish.

"I know my family loves 'em," she said. "I have to always make a double batch!"

Thursday's contest at the Utah State Fair was sponsored by Utah's Own. One of the rules was local ingredients had to be in them. The first prize winner had never made them before. She's only lived in Utah for four years.

"This is the first time I've made them," Laurie Willberg said as she clutched her first place ribbon. "I made one trial batch on Sunday and took them to a group event and people had seconds, so I thought that was good."